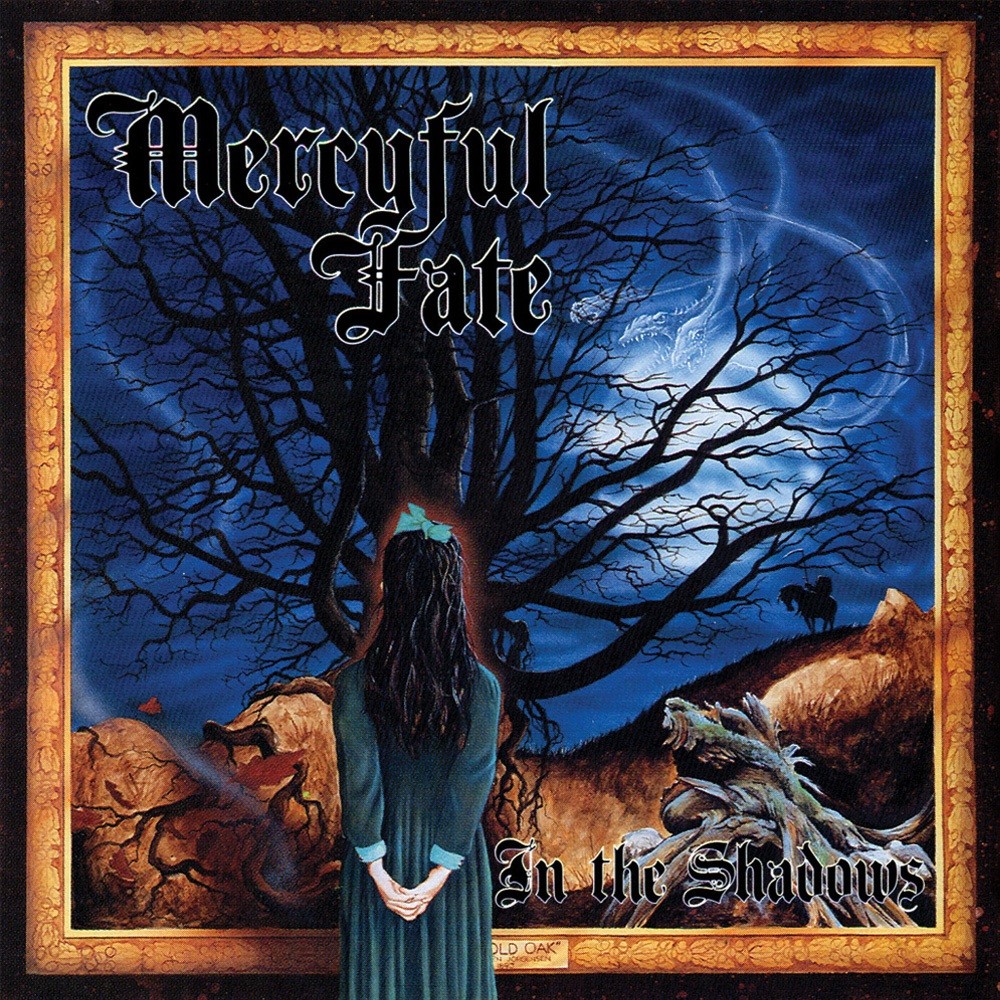 Okay, after my emotional review of the massively overrated Abigail I have elected to get the Mercyful Fate review that is part of the same clan challenge out of the way in the same night.  Now, it is safe to say that In The Shadows starts better than expected.  Opener Egypt has kind of an interesting structure to it and goes through the options of pace and variety (of guitar style) almost effortlessly.  It holds my interest over KD's vocals that for the main part are thankfully not his usual high-pitched keening style and as a result he doesn't distract me as much as usual.

I mean normal service is soon resumed on The Bell Witch with his cringey, spoken word vocals and shrieking wails grating like nails on a chalk board.  His attempts to sound menacing again falling really short on how he probably thinks they sound.  Shermann and Denner's riffing and lead work are exceptional though and are clearly the driving force when allowed some air time over the vocals.  You can feel the fire and venom behind the riffs and melodies that the duo fire on The Old Oak and that urgent, pressing riff really drives the track forwards, kept perfectly in pace with the drums of Nielsen.  This tells me what I always knew to be right, that despite me acknowledging KD to be a poor vocalist, he is carried well by his comrades in Mercyful Fate (on this record at least).  This feels like a heavy metal record instead of some hastily thrown together, shabby riff collection with someone crooning over the top like with most of KD's output.

This is not to say that I am madly in love with In The Shadows - there's still the problem of me just being unable to get along with the vocal style.  However, the other band members are allowed time to shine a bit and this makes for a better album as the real talent starts to come through.  The odd (tango-like) riffing of Shadows is actually a welcome source of drama beyond what usually solely comes out of KD's mouth.  On this track he just ends up mumbling like some demented old man an occasion and it actually works because enough momentum has been built up by the music to give him some relevant space.  This assertion of KD's place in the music is important in helping me (finally) start to gain some entertainment from Mercyful Fate's music.

I still think it is unnecessarily dramatic but I am often snapped back into some semblance of attention on a consistent basis by those guitars.  Detract from the six strings wizardry as they still inevitably do, KD's vocals are marginally more palatable because there is focus permitted away from them.  Lyrically it is a naive record (not sure if this is a concept album but its clunky lyric writing make it sound like one) written to embellish the dark fantasy of the album no doubt but still coming of as laughable overall.  When the band stop fucking around and just play heavy metal it is actually far more entertaining and it is this aspect alone that boosts the rating for the record to the level that it does.  Play it to me as an instrumental only and you might get a half mark more (although the instrumental track on here is a bit too all over the place for my liking).

I know, there's no pleasing me!