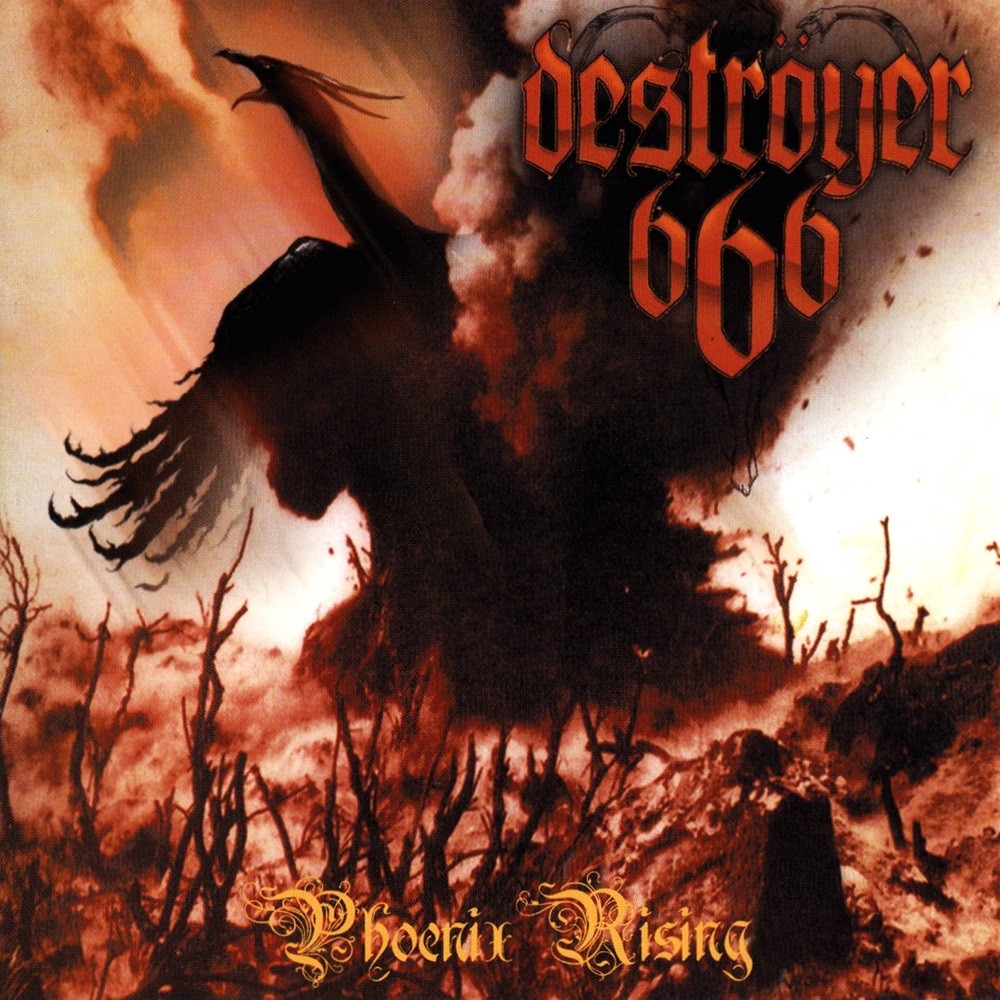 Where did this come from?

I have never once heard of Deströyer 666 before doing this review. I still don't know much about these guys or what they're trying to play. This is a very unique and different style of black metal. In my opinion this is way more thrash then black,  if there was a middle ground genre like Blackened Thrash Metal these guys would be the fore runner. If there is anyone like this I don't know. The closest thing I could think of was Vektor but they are way deeper into thrash then this is. I am definitely not that into much thrash myself but for me this is a really good album. Honestly I feel it deserves a more 3.75 star rating but since that's not possible and I see that so far the rating is on the lower end of the spectrum (without any other reviews as of this writing) I go for the 4.

The album starts off more black metal and the second half feels more thrash. Oddly enough, I actually liked the second half a lot better. Lone Wolf Winter is now placed in my favorites, such good heavy riff song. The beginning felt like it dragged on for me too much and didn't feel like it really knew where it was going until it got to that latter half and it just went full thrash speed hard rocking good times music. Still had the black tinge to it, but it felt more natural in the overall production of the music.

I wonder if this is an album that is more for the thrash fans then black metal fans. As a Black Metal album, is this even highly regarded in the community or is any of their stuff? If this was more my style I would be curious and to delve deeper but it doesn't hit me well enough to put effort into this while my other blacklog piles up. For a black metal album I really don't expect to be banging my head or toe tapping so this just gives me weird vibes. Good album, but hardly atmospheric for black metal.

Coming three years after the success of their debut album, Phoenix Rising took the black/thrash of Unchain the Wolves and rammed it back down the throats of anyone foolish enough to be stood nearby with mouth agape.  In doing so, they didn't quite hit the heights of the previous album and whilst by no means a failure there's a sense of there being one or two fangs missing from the bite this time around.

Whilst still super-aggressive and as in your face as you'd like it to be, I find a sense of the record not quite delivering on some levels.  Oddly for this style of music, I miss the catchier elements of the debut.  These seem to have been replaced with more plodding/hum-drum/run of the mill type sections that don't really drive the message home with the same intensity as expected.

Even the obviously more memorable tracks such as I am the Wargod (Ode to the Battle Slain) lack a certain degree of punch to leave a lasting enough bruise to the brain.  Despite the intensity and the energy levels it doesn't appear to get the album anywhere near what came to pass on their debut.

On the plus side, as a standalone blackened thrash record it is a solid enough a record in its own right.  Charging and rampant enough for any fan of the genre to enjoy, with grim and raspy vocals and a motoring rhythm section to boot.