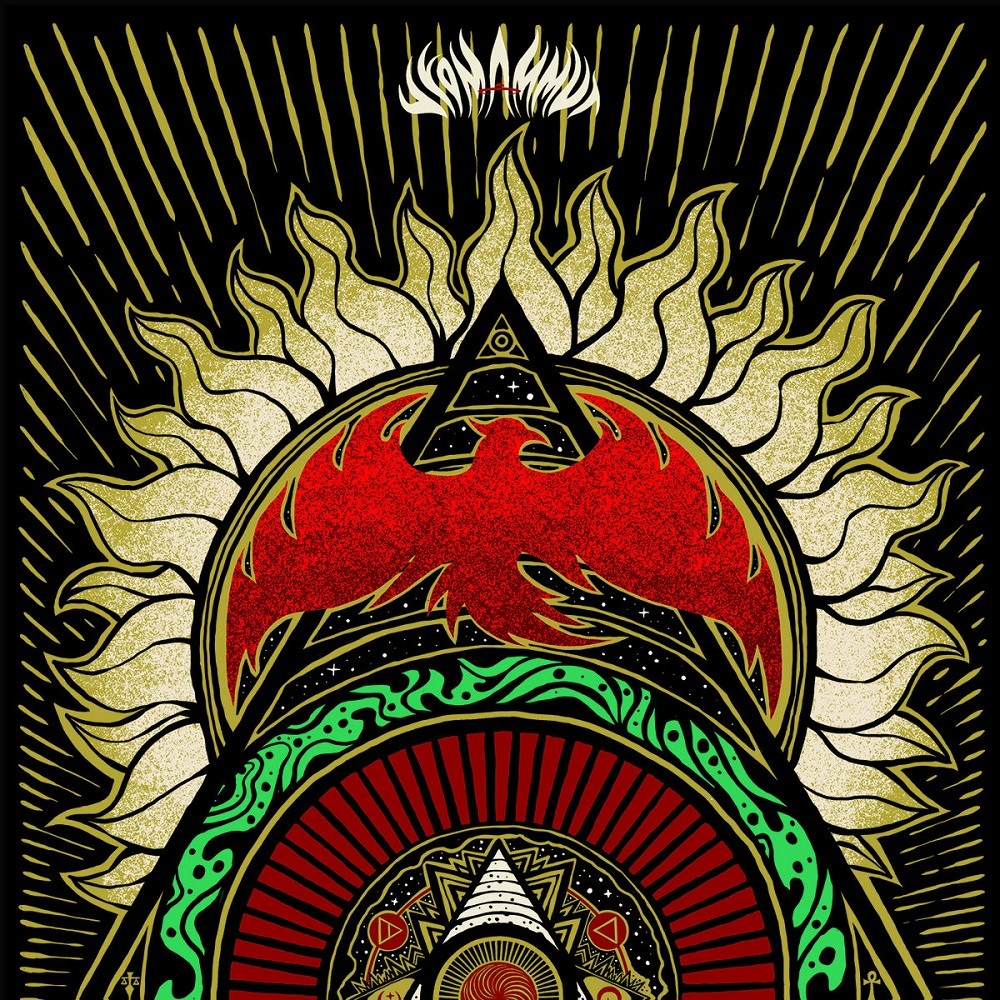 It is only over recent months that I have been spending any amount of time with Ufomammut, which is very remiss of me because I am very much in their target audience with a love of stoner, doom and space rock that are the chief ingredients of the Italians' sonic recipe. Well, better late than never and I have been bowled over by the cosmic-psych-wall-of-sound approach of classic albums like Snailking, Idolum and Eve that the Italian trio have previously unleashed, so it is with some anticipation I now tackle their ninth and brand new studio album, Fenice (Phoenix in Italian).

First of all this is Ufomammut's shortest album at only thirty-eight minutes, Snailking and Idolum were both over an hour and more recent albums were at least 45 minutes. There seems to be a more restrained approach at work here with various synth-led, ambient intros and interludes to provide a glimpse beyond the heaving sonic barrier of their more usual material. Such an intro leads us into the opener, Duat, which does blast off into more traditional heavy space metal territory eventually but then subsides into the short ambient track Kepherer. This calmer, more ambient-feeling intro approach is utilised on several tracks with Psychostasia having an extended, hypnotic, guitar-led build up to it's intro complete with washed-out vocals and spacey synth effects until it erupts into a propulsive climax.

I don't know if it is because I am relatively new to the band and I haven't yet had my fill of their heavier sound, but there seems to be more build-up than pay-off on Fenice. It feels a bit like the band have been influenced by the drawn-out builds utilised by massively popular atmospheric sludge acts like Cult of Luna and Isis and, for me, this is at the cost of the cosmic thrill ride I have been experiencing through the band's back catalogue. This is still a decent release and undoubtedly when they do let rip it is worth the wait, but there is just a little bit too much navel gazing for me and I want to hear those booster rockets on full propulsion a bit more than they are here. Maybe I will be better disposed towards it at a later date when I am more sated on their classic sound, but for now I will return to those earlier classics.