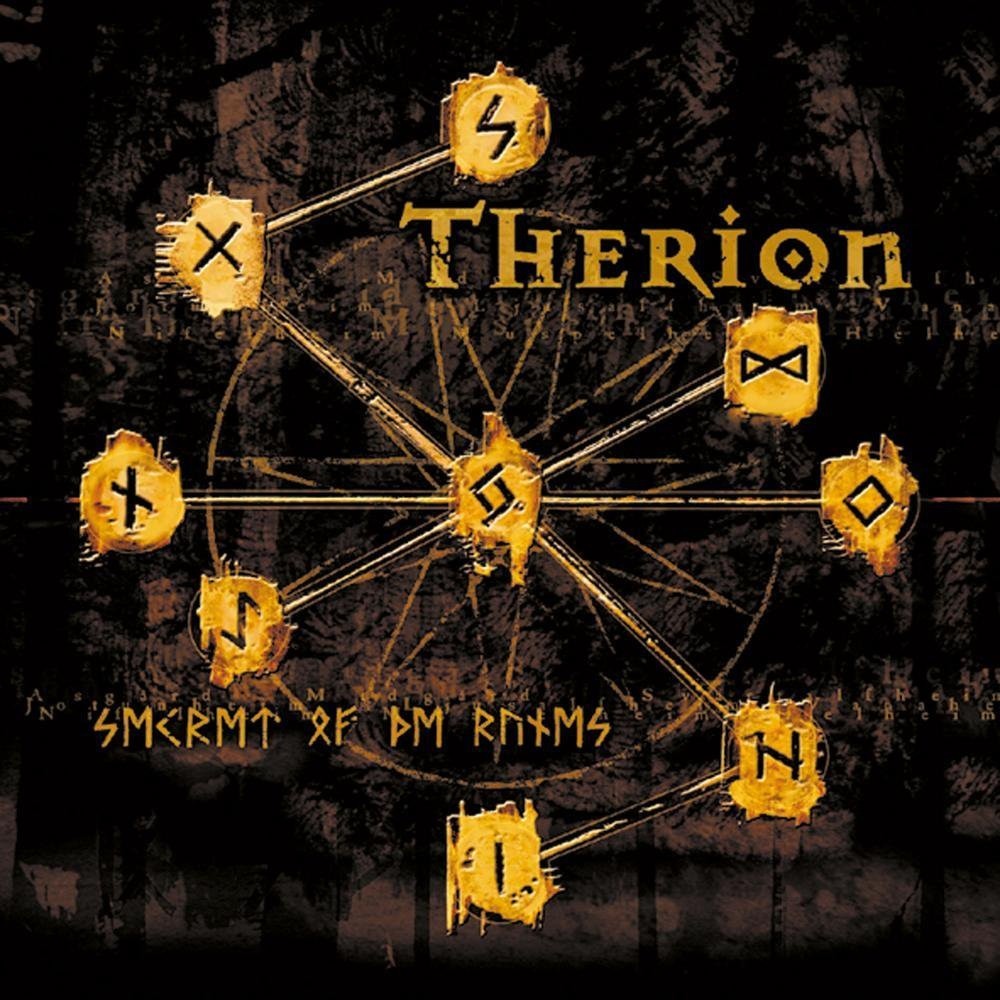 I've been a surface fan of Symphonic Metal for a few years, Nightwish being one of my favorite bands back when I listened to less Metal and music in general. Eventually I branched out ever so slightly to groups like Epica and Kamelot, but started to tire of the genre as it became more and more generic and less powerful overall once I started to get into the lesser known bands. It's a conundrum as to why a genre that jams so many massive musical elements together tends to, on the whole, turn into an uninteresting slog of strings and double bass with only a select few modern bands like Wilderun and Twilight Force utilizing the orchestra to create some fantastic moments. Therion is the next chapter in the revitalization of Symphonic Metal for me, even though their chapter came well before the more modern style of the genre. With the release of Theli in 1996 Therion showcased how to combine truly theatrical orchestration with chugging Metal riffs courtesy of their Death Metal background. Even though Nightwish would release their debut album Angels Fall First just one year later in 1997, Therion would endure as a more classical and heavier style of Symphonic Metal with less focus placed on hooks or choruses and more on complex orchestration and atmosphere. Sadly they went a bit too far into the theatrics for me on their 1998 release Vovin, but Secret of the Runes returns to the hefty but progressive style while being an entirely different experience than Theli.

The opening "Ginnungagap" instantly reveals that the crunchy guitar riffs are back in full force, even if they only show up a few times throughout the album. This creates a fantastic contrast between the smooth but sinister sounding orchestra and the Metal aspect of Secret of the Runes, which is one of the most important aspects to get correct when writing an album like this. The Metal riffing mostly takes a back seat to the orchestration though, which hearkens back to Vovin more than Theli, but the darker and mythological themes help to give all these elements a purpose and keep them driving forward rather than aimlessly meander around. The use of male and female choir is a massive part of this album since the lead vocalist that was present in Theli is entirely removed from the equation, which is an interesting choice to say the least. It certainly fits the feel and theme of the album, but it can be a lot to take in and it can definitely feel forced or silly at times in tracks like "Muspelheim". These moments are few and far between, though, since the choirs do a fantastic job of carrying melodies and adding unique features in "Jotunheim", "Helheim", and "Nifelheim". The style is polarizing though, and I fall on the side of enjoying how the choirs fit into the grandeur and mythical aspects of this album.

Secrets of the Runes is heavily themed around Norse Mythology, if the track listing was any indication. The Ginnungagap is the void in which the nine worlds were created, hence the nine songs that follow. Asgård, Nifelheim, and Helheim are the obvious ones that many may know by skimming through some Norse Mythology here and there, but it's neat to see this concept taken all the way with even the cover art alluding to the nine different worlds. Even though there aren't many musical elements of Viking or Folk Metal present in Secret of the Runes, the epic themes evoke a massive sense of scale as if the choirs are echoing out from their various worlds as the Gods look out upon them. Each track gives a rather generic but still poetic look at each of the nine worlds and their inhabitant, whether it's the giants in Jotunheim or the Gods in Asgard. Even though there is no plot or deep meaning to glean from the nine realms and many of the lyrical passages hang on the edge of film choir cheesiness, it's still a cool tour through the interesting world of Norse Mythology with its fantastical races of dwarves, elves, and powerful Gods.

Although Therion went all out on this concept of the nine different Norse realms, the songs aren't distinctive enough to genuinely sell the feeling of travelling between them. As a whole I think the album flows wonderfully and does feel like it all fits into the same world, but that comes at the price of being dreadfully similar across the runtime. Most of the tempos follow a consistent slow drone and many of the riffs and choral sections blend into one another after a while with a few standout moments from some great drum fills and a few decent guitar solos. Much of Secret of the Runes' variety is hidden behind getting to know the album itself through multiple listens and being able to pick out the minute details that Therion is able to pack into many of the seemingly dull tracks like "Ljusalfheim". I'm a major fan of cohesive, world building albums, so this sort of repetition is something that I can move past and look deeper into, but I still think that there's potential for each realm to have more distinctive traits rather than bellowing out its name over and over to remind the listener what track they are on.

Secret of the Runes was a return to from for Therion that I desperately wanted after the frivolous Vovin and the innumerable generic modern Symphonic Metal releases. It has the same sort of epic, Gothic, and mysterious shroud around it that Theli did and it works to sell the theme of the Norse worlds so well. It's a shame that "Ginnungagap" starts the album out so strongly because it never really gets back to that height until "Muspelheim", with many of the tracks being a bit too atmospheric and lacking memorable riffs. I think this is fine in the end because it's such a far cry from the more accessible and common variations on Symphonic Metal, with Therion drawing from more classical and operatic influences, leading to a heavier and more impactful package even when they are at their most monotonous. Secret of the Runes is an album that benefits patient listening more than Theli, making it a more difficult but no less epic part of their discography.