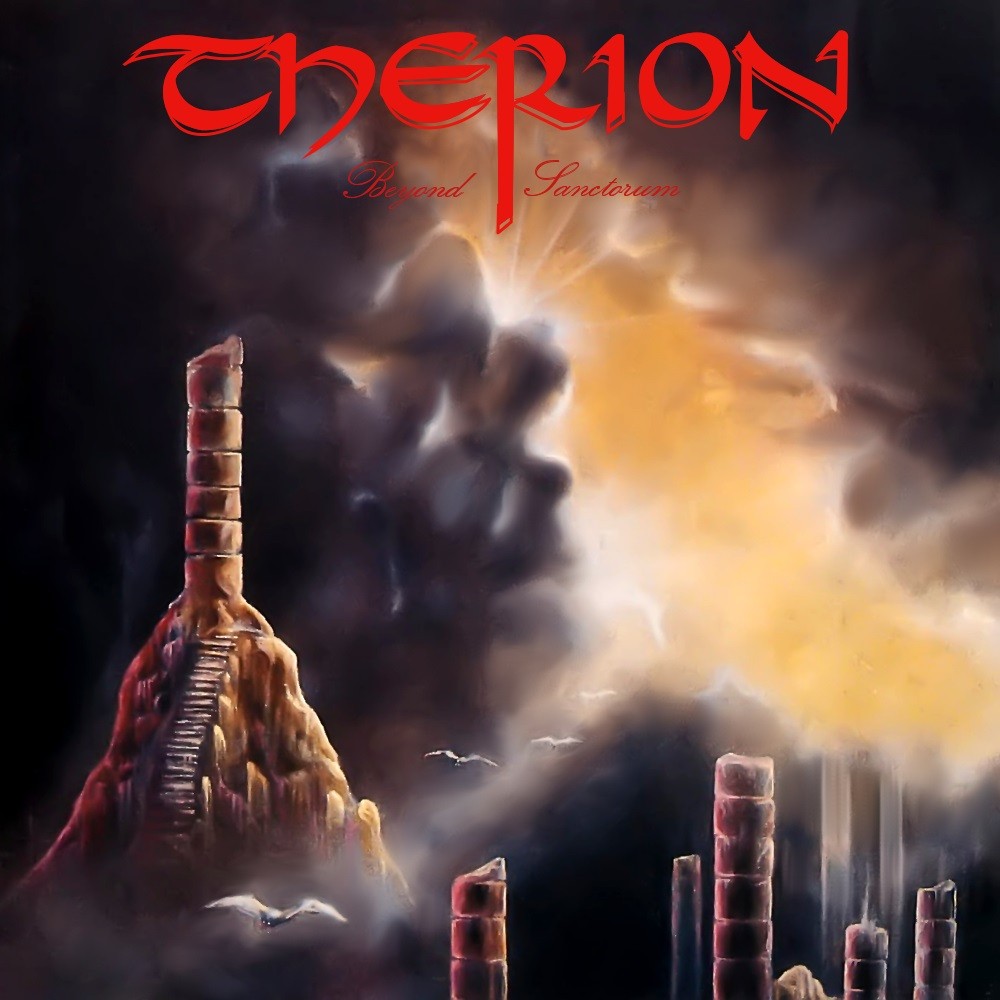 I certainly wouldn't claim to be a Therion expert, but I can say that everything I had experienced from them prior to Beyond Sanctorum had next to no resemblance to death metal. I'd heard that their early albums were much heavier than their current gothic symphonic metal approach, but I guess I never expected it to be this intense. Beyond Sanctorum is Swedish death metal in the style of Entombed, Dismember and a whole bunch of other bands that come from Stockholm. But Therion clearly weren't happy to just replicate their countrymen's achievements and added a whole bunch of other influences throughout the 10 tracks.

The tracks that are more straight forward death metal such as Future Consciousness, Illusions of Life and Tyrants of the Damned are nothing all that special to me. Other bands do this style with far more success and with a superior production. It's when they let their creativity run free with the wonderful Symphony of the Devil and the epic The Way where Therion displayed what they were truly capable of. Symphonic elements, various speeds and hugely memorable riffs combine to produce stunning results. I also find a great deal of enjoyment in Cthulhu with its crunching discordant riffs and doomy sections, but unfortunately, at this stage of their career, the band were just not consistent enough to hold my attention for the whole album. Beyond Sanctorum shows definite promise, but with a little more focus and a better production, could have been a more enjoyable experience. I don’t know at what stage Therion left the death metal behind, but I plan to give their next couple of releases a spin to find out.