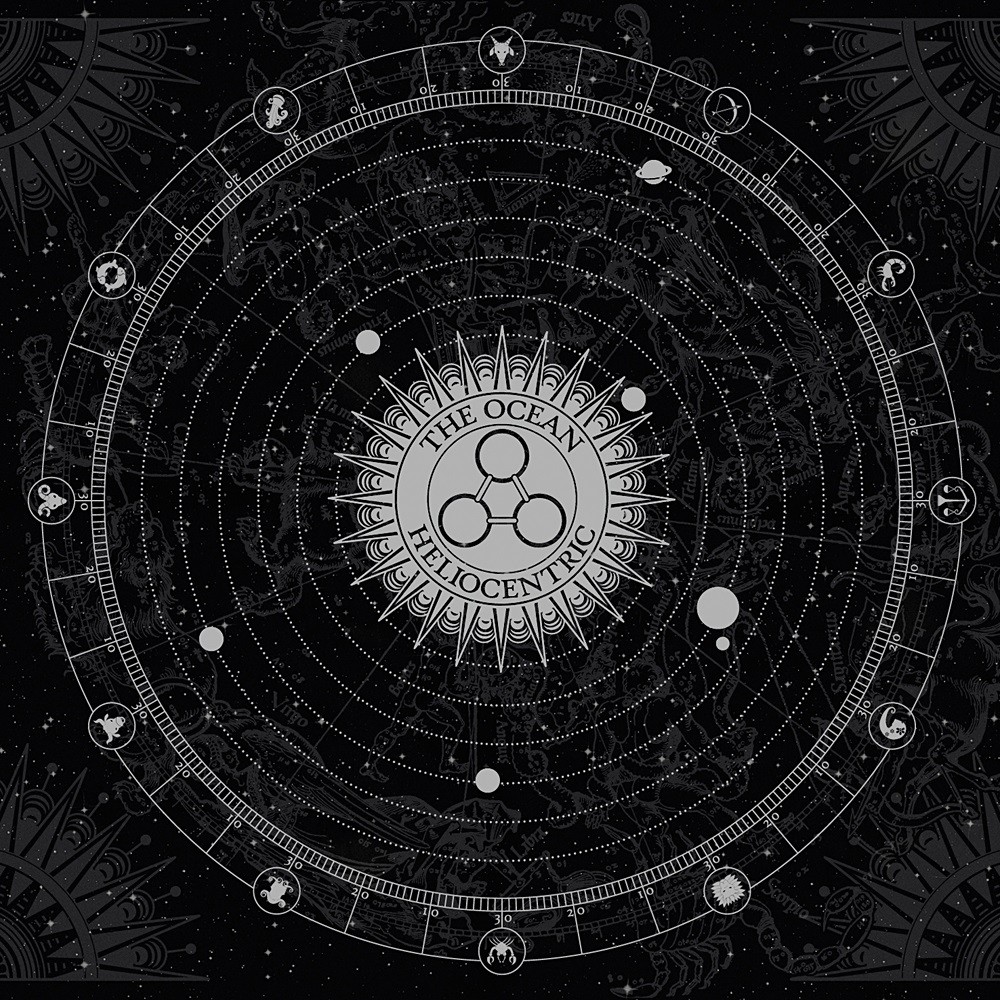 The Ocean has made impressive releases throughout their discography! Heliocentric is the first half of the collective's 2010 follow-up to the massively praised Precambrian. This is also the first time The Ocean seems more like a band than a collective, with the only guests being two vocalists and a small background orchestra.

They mainly build massive riffs with crushing grooves while have a good amount of melody. Every song with guitar has amazing riffing. The drums are also incredible, often using odd-time signatures while staying simple, all in a supportive way. With excellent fills, Luc Hess has crafted true technical ability from the kit. This is also the first album with vocalist Loïc Rossetti, currently the longest-standing member of the band besides founding guitarist Robin Staps.

The pointless intro, "Shamayim" is the probably the most useless two-minute interlude since that hidden "Jam" in Sonata Arctica's Reckoning Night. However, we get into the true opening highlight, "Firmament" with my personal favorite riff in the beginning. The mundane verse-chorus structure is used here, but the section at the 4-minute mark has ambient atmosphere and a subsequent climax to make the song more diverse. The choruses are d*mn good with the dynamic of both clean and growling vocals. Another highlight, "The First Commandment of the Luminaries" has a piano solo to add new texture, along with strings and horns for this emotional composition.

Anyone thinking this album would go perfectly would be wrong with "Ptolemy Was Wrong", in which the disappointing vocal performance by René Noçon makes it the one bad long song here. "Metaphysics of the Hangman" is another great highlight with metal choruses to break music physics. "Catharsis of a Heretic" is as short and bad as the intro, but doesn't affect the album's 4.5-star score.

"Swallowed by the Earth" has spacey reverb in the midsection that helps The Ocean expand their new style. The soft "Epiphany" is the shortest enjoyable song here, despite being isolated from the heaviness of the other songs. Closing the album is the 12-minute two-part suite, starting with the highlight "The Origin of Species". The song flows better than the rest, recalling the glory of Precambrian, hitting as hard as the Hadean/Archaean disc and sounding more orchestral than even the Proterozoic disc. The violin melody is one of my favorite moments of the album, and the song has interesting lyrical thoughts. "The Origin of God" closes the album beautifully with a brass outro.

Heliocentric is a unique emotional way to pick up where the band left off after their magnum opus Precambrian. Gigantic riffs, stellar drums, varied instrumentation, ambient sections, and great vocals continue this post-progressive metal band's masterful career, and would've been a perfect masterpiece if it wasn't for that one draggy track and the two weak interludes. This is still fine post-progressive metal worth listening!

Favorites: "Firmament", "The First Commandment of the Luminaries", "Metaphysics of the Hangman", "Swallowed by the Earth", "The Origin of Species"