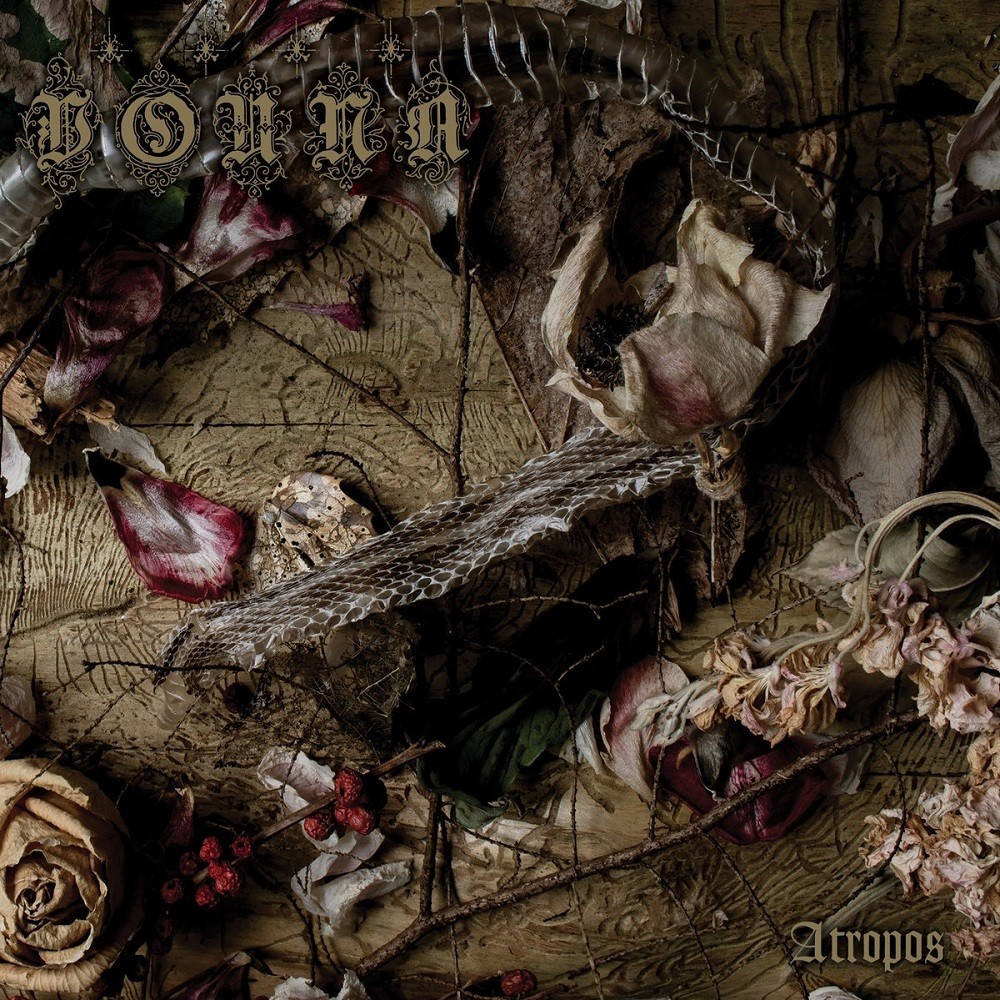 Vouna is the funeral doom alter-ego of Yianna Bekris, guitarist of atmospheric black metallers Eigenlicht. Atropos is the follow-up to her 2018 self-titled debut and is a much more substantial affair with it's four tracks (and short interlude) clocking in at almost an hour. The debut, whilst showing promise, felt underdeveloped for a funeral doom release. I feel funeral doom is a genre that needs to be luxuriated in, where the music allows the listener to be overwhelmed and smothered and duration does play a part in that experience, so the debut's half an hour featuring five tracks, whilst presenting some nice ideas, didn't allow them the development they deserved.

However, Atropos is by no means your stereotypical funeral doom release, it's generally a little bit pacier than normally expected and Vouna does a nice job of incorporating several different elements into the mixture. It's apparent from early on that she has a background in atmospheric black metal as it's influence features prominently at various points, particularly during the fifteen minutes of the album's best track Vanish where she even at one point resorts to a harsh black metal vocal and once more illustrates my view that there is much common ground between funeral doom and atmospheric black metal. The connection to atmospheric black metal is further strengthened by the addition of guest vocals by Wolves in the Throne Room's Nathan Weaver.

There is an emphasis on synths and piano within the album's doom context along with guest contributions on violin and harp that add layering to the tracks and introduces a pronounced darkwave influence, as if Vouna has taken the doom aspect of Chelsea Wolfe's Hiss Spun album to it's logical conclusion. By weaving in elements of atmospheric black metal, darkwave, dark ambient and gothic metal she has produced an album that feels mournful and yet warm, as if the artist provides solace to the listener through the shared experience of the music, the ethereal and soaring vocals in particular lending a calmness to the recording, despite it's melancholy nature, as if to say "we are all one and everything will be OK in the end". I say this despite even a cursory glance at the lyrics revealing a deeply sorrowful and painful undercurrent to the album. "Existence is anguish, Suffering and torment, How will I go on with the pain of what now is" from What Once Was doesn't exactly convey a hopeful message, but I still feel a sense of comfort is to be gleaned from the music itself and that ultimately there is a ray of light shining into proceedings, even if that is only provided by the release of death itself.

No matter what, I will always have time for monolithic and unrelentingly bleak funeral doom, but the variation in Atropos' tracks and the incorporation of other genres, in much the same way as Skepticism's new album Companion, seem to be helping to take funeral doom in a new and less predictable direction.