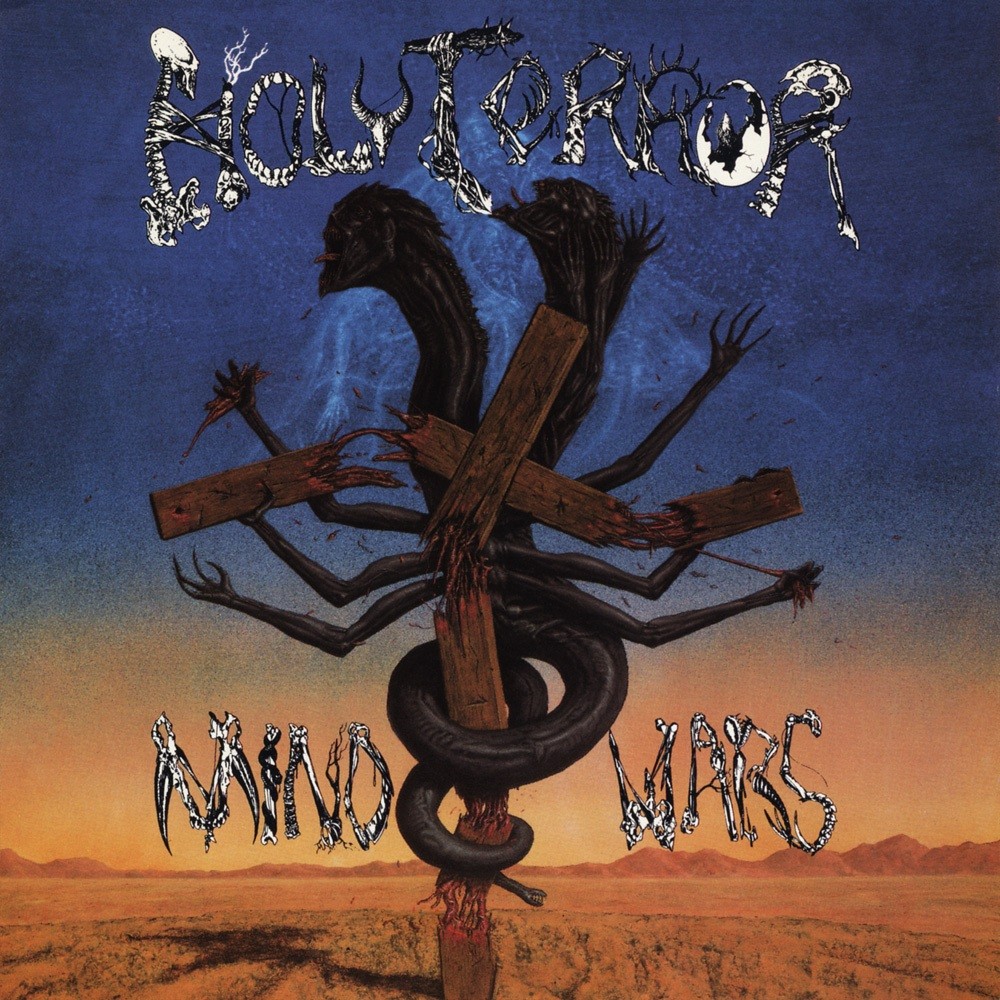 I initially struggled with this album. I think the main reason for that is the production. I don't know whether it's just my copy, but the sound is muddy and lacks the clarity that this album could really have done with. But I pushed on, as the music seemed decent. Well, Mind Wars has grown on me to the point where the production issues don't bother me too much. This is thrash / speed metal from LA, and these guys can certainly play. Every track contains ripping riffs and memorable song writing and there's a level of excitement and intensity throughout.

One of the reviewers below mentioned Iron Maiden, which may sound strange when we're discussing a rather up-tempo thrash album. But I can hear some galloping Maiden riffs in Holy Terror's music, even if they are played at twice the speed (check out The Immoral Wasteland for pure Maiden). I can also hear Sabbat (the thrash metal band, not the Japanese black metal outfit) on a couple of tracks, but then they released their albums around the same time as this, so can hardly be considered an influence. Thankfully, the vocalist for Holy Terror doesn't sound all that much like the massively overrated Walkyier from Sabbat. In fact, Holy Terror's Aaron Redbird is quite an amazing vocalist and his hardcore like rambling and high-pitched melodies take these already solid shred fests to great heights. Highlight tracks for me are Judas Reward, Debt of Pain and No Resurrection but this is a consistent album that I'm glad I checked out.

Holy Terror were a short-lived LA thrash band that formed in 1985 and left a couple of great albums behind them before splitting in '89. Mind Wars was the second of these albums and is as much speed metal as it is thrash. As most people tend to comment, the production is absolute shit and the sound is muddied as a consequence. However, the poor production doesn't kill what is a ripping record nonetheless. The tempo is high, the riffs are turbo-charged and the solos shred like hell. The songs arguably share more DNA with Iron Maiden than Metallica, particularly 80's vintage Maiden, albeit much faster - check out the galloping bass lines of The Immoral Wasteland or the guitar sound of Fool's Gold for classic Maidenisms. Singer Keith Deen has got a decent snarl, but his high notes aren't always great and sometimes sound like he's straining to maintain, but his aggressive, almost punk style is very much his own, particularly excelling on the hardcore-influenced Do Unto Others. If you're up for some full-throttle, thrashing speed metal than you could do much worse than wrapping your ears round this underrated beauty.