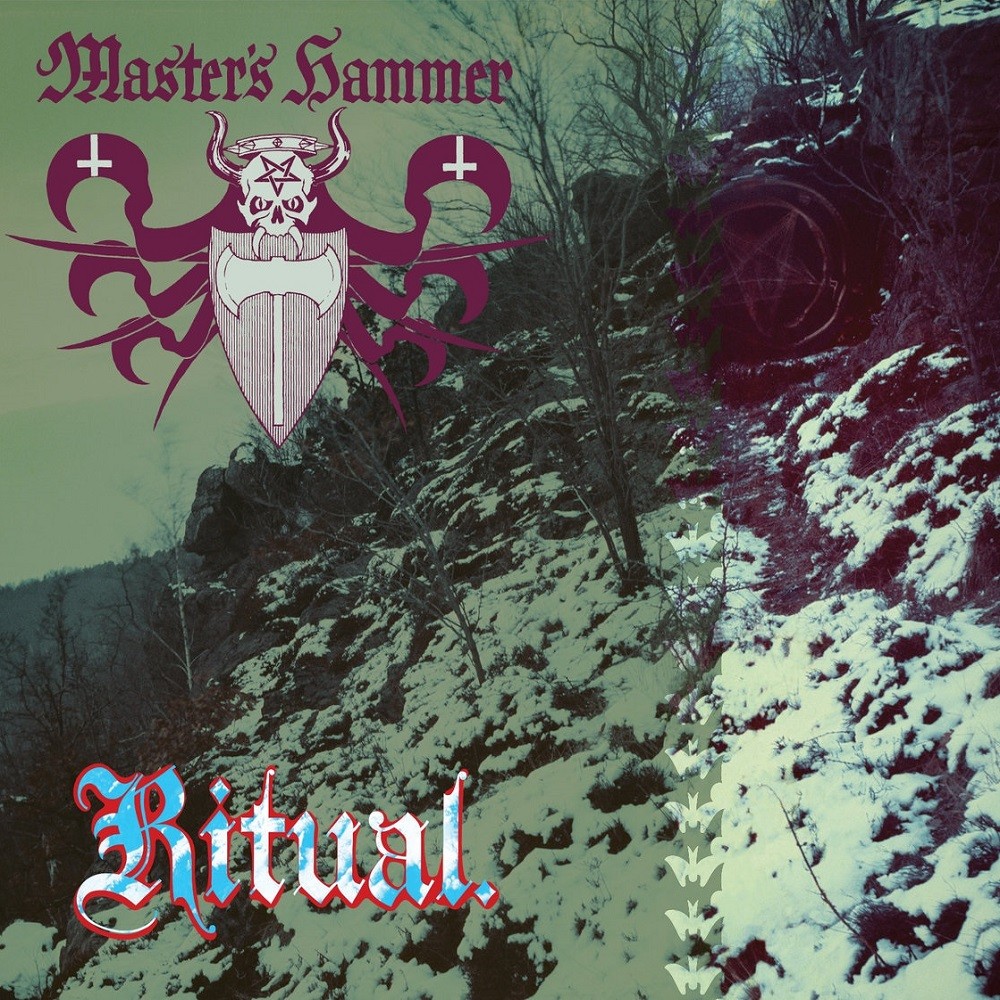 Master’s Hammer’s debut is a surprisingly melodic package of classic Black Metal material. Somewhat similar to Bathory’s transitioning stages as they add elements of “epic” sound with synthed choirs, but always stay strictly in first wave Black Metal territory. The band really lean into simple melodic leads, and they work the hell out of it. Every track has got some really memorable riffs despite them being quite simple and containing just a few notes. The drumming is actually a few levels above the other instruments, containing a nice variety of groovy Heavy Metal beats and classic Black Metal blast beating.

The band had plenty of time to perfect their craft with multiple demos and EPs, but this is still technically a debut, and a great one at that. Ritual isn’t the most unique album in the scene, but everything about it is executed extremely well, and the album is a fun, epic, evil ride. Not mind-blowing, but there are really no weaknesses to this thing, a classic example of melodic first wave Black Metal.

As I've been continuing to parse through my classic Black Metal homework, the stretch between Bathory's Blood Fire Death (1988) and the explosion of Black Metal starting around 1994 has become more and more strange to me. While I find I consistently enjoy the heavily Thrash-adjacent material of the late 80's and the more modern style of Black Metal of the mid-90's, this experimental phase that groups like Master's Hammer were a part of seems to rub me the wrong way. Albums that are right smack in the middle of an evolution between multiple influences have frequently won me over in big ways, but it seems like the initial evolution of Black Metal misses that mark for me. Even though Ritual has a ton of interesting and unique sounds and ideas, I can't help but think the whole thing comes across as awkward no matter how many chances I give it.

Ritual's defining aspect is easily the vocals, as they're some of the most inhuman and chilling wails I've heard. While I can appreciate some seriously raw Black Metal, the novelty of Štorm's performance wears pretty thin by the time I get to "Jáma pekel" despite the impressive effects he's able to achieve on "Každý z nás...!". Considering how ghoulish his vocals sounds its incredible how Master's Hammer is able to compose any sort of instrumental melody around him, but they manage to do so with varying results. Ritual is an early Black Metal medley that hints at ideas that would become staples for the genre in the years to come, but miss the mark here. "Géniové..." is the most obvious with the creepy, atmospheric choir and slower melodic riffs giving the whole thing a more gothic and theatrical feel even though Master's Hammer stumbles through the strange syncopated rhythms that don't exactly pan out.

The rest of Ritual falls somewhere in-between the experimental "Géniové..." and the blast-beat ridden "Jáma pekel", with the self-titled track "Ritual" being a pretty solid instrumental addition. I can't complain at all about the riffs since each track has a nice balance of chaotic versus melodic passages that keep the transitions fresh and interesting. The solos are also quite good, with "Černá svatozář" having a very notable one. They sometimes bite off more than they can chew with some of the more precise interactions between the riffs, drumming, and vocal melodies though, leading to something that sounds admittedly evil and unchained but a bit clumsy in places.

I can absolutely appreciate what these guys were going for at the time and it's exciting to hear the beginning of theatrical elements like a more expansive background choir and classical instruments like the occasional timpani. These small but meaningful additions really help to move Ritual away from the fiery and thrashy lo-fi beginnings of Black Metal into a slightly more refined product that is still suitably chaotic. Even though I listened to Ritual enough to come around to hearing the interesting genre progressions it offers, I still can't shake the feeling that it comes across as just plain awkward as a whole. The vocals have some impressive shock factor but really grate against the rest of the production, especially on tracks like "Géniové...". Even though Master's Hammer were able to further the Black Metal sound in their own individual fashion, the middle ground they created lacks the experience of later Black Metal but doesn't have the same unbridled aggression of genre's origins.