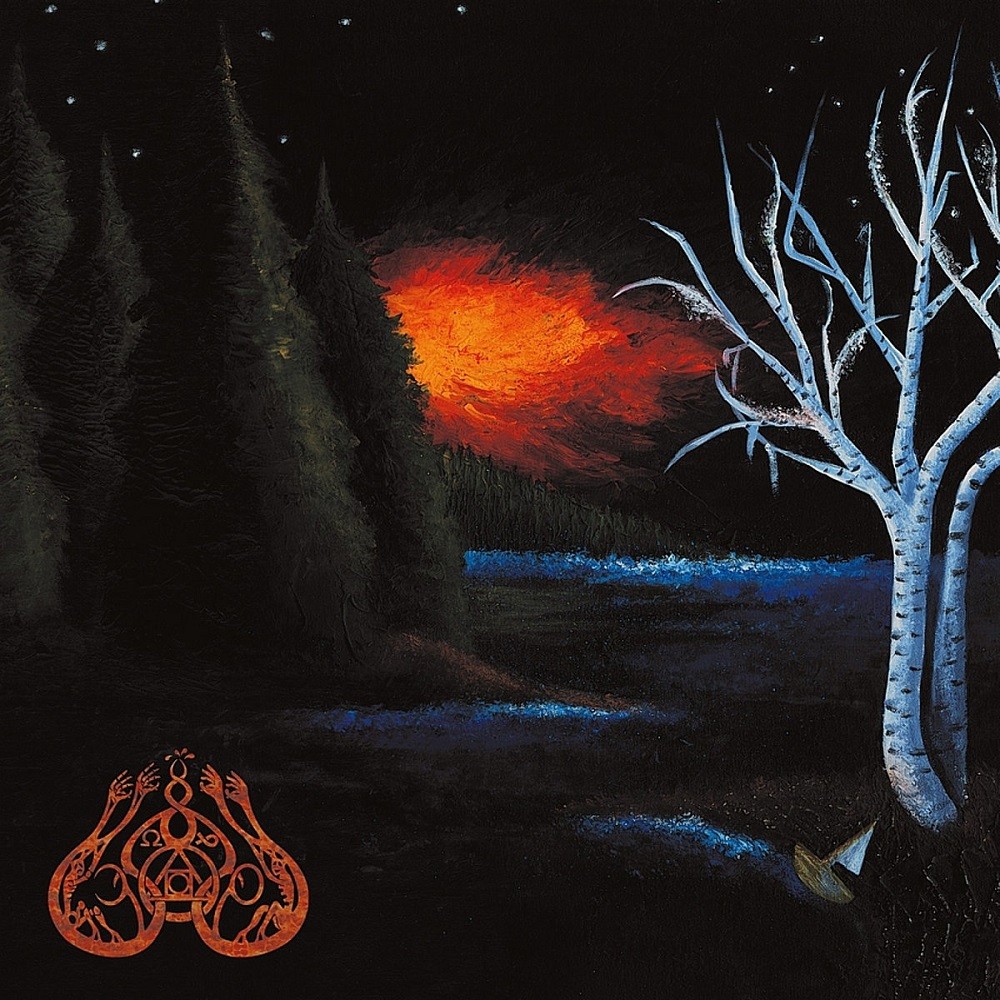 For me, depressive black metal is the toughest of the black metal genres to love. There are some truly terrible bands in the DSBM scene, so much so that it seems that every single person with a bedroom recording package who feels down or rejected has put a DSBM album out, irrespective of how much talent they've got. But, just occasionally, you can come across someone who has the songwriting ability and musical talent to successfully convey the desperation and hopelessness of true depression and, as such, is able to make an emotional connection to the listener - Gris are one of those few acts.
Their bleak lo-fi black metal accompanied by Icare's tortured vocals has an additional layer of melancholy provided by the subtle addition of strings, acoustic guitar and piano, the successful deployment of these being well beyond the skill of the average bedroom black metaller and another aspect that sets the duo well ahead of the pack in the DSBM field. Unfortunately, not being able to speak French (much) I had to run the lyrics through Google Translate and despite this, it is evident that Icare's words are heartbreakingly poetic pleadings for the end of his suffering.
This album is so ridiculously far above the rest of the DSBM pack that it transcends into something completely different, a real primal scream from the heart and a desperate plea for solace. The final instrumental track, a solely acoustic affair with only violin, cello, piano and acoustic guitar hints at the ultimate peace that the suffering singer has been searching for, however he may have found it.

This is the first album this Canadian duo put out under their Gris moniker after having released their debut album “Neurasthénie” under the name of Niflheim the previous year. The twelve years since its release have seen “Il était une forêt...” go on to become one of the most celebrated records in the niche market that is the depressive black metal subgenre too with most devotees gushing about the unique performances & the wealth of emotions it draws from the listener but the tools being utilized here will not be to everyone’s taste for a number of reasons.

“Il était une forêt...” is made up of six lengthy tracks that incorporate not only a substantial amount of keyboards but also a number of additional instruments that you wouldn’t usually expect to find on a black metal record with the ten minute instrumental closer “La dryade” focusing entirely on folk orchestration. Some of it works & some doesn’t in my opinion but the instrumentation is all well composed throughout & this certainly helps to create a point of difference for Gris even if it can detract from the overall darkness the record is attempting to push. Some of the lead guitar & keyboard melodies can be pretty positive too actually & appear to be aiming at more of an ethereal sound than one of brutality & self-harm.

Stylistically, “Il était une forêt...” sits somewhere between the depressive & atmospheric black metal categories with a strong “Filosofem”-era Burzum influence being obvious throughout. The vocal performance is particularly tortured & miserable & it’s this aspect that has the record leaning harder towards the depressive side of the equation overall. Icare’s shrieking can be a little off-putting as he truly sounds suicidal at times so this is not the most easy-listening metal record you’ll find. That will be a big problem for those that can’t buy into his style because there’s very little doubt that his vocals are over-used here & the times when he’s not invading your ear space tend to be quite rare. But as I mentioned earlier, the instrumentation doesn’t always take a similarly depressive route. In fact, we often see it taking a more epic & melodic direction that counteracts the disconsolate vocals with a more uplifting atmosphere. I find this to be a bit strange to be honest. I mean I generally find the music to be pretty enjoyable but the contrasting lighter moments actually seem like a bit of a contradiction of the very ethos of the depressive black metal concept to me & it does make the overly melodramatic approach Gris take seem more than a little contrived at times. I guess I just find “Il était une forêt...” to sound a bit too melodic to be taken as a genuinely despairing piece of work. To be honest though, I think I have issues with the idea of a black metal vocalist wallowing in self-pity anyway. To me black metal has always been a vessel for empowerment & I like to see my front men possessing an undeniable confidence & strength.

Despite all of this, I do find myself enjoying “Il était une forêt...” for the most part & fans of artists like Xasthur & Strid will definitely find fulfillment in it. I just can’t justify it being place on a pedestal like most fans of the subgenre seem to do.