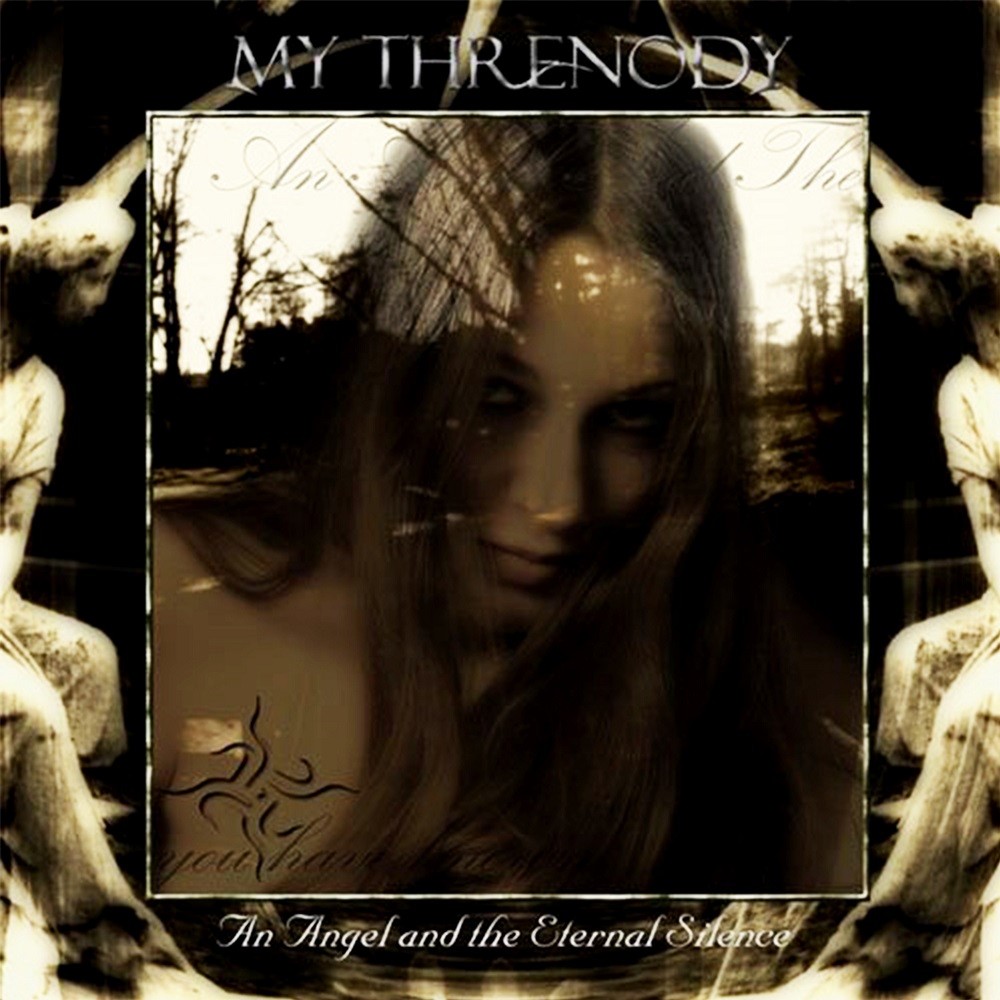 My Threnody are the solo project of Brazilian multi-instrumentalist Jefferson Brito. This, his debut album, was recorded in his home studio and, to be honest, it sounds little better than a demo recording which, for this type of symphonic metal, is really going to adversely affect how successfully it comes across. An anomaly of the production is that the numerous gentler sections actually seem to sound louder than the heavier parts, which detracts from the effectiveness of both. It seems to me that Mr. Brito's songwriting ambitions are considerably greater than his ability to deliver them. He seems to be one of those doom artists who think that the best way to express loss and mourning is to throw the kitchen sink at it, keyboards that are laid on with a trowel, obtrusive sound effects, simulated classical instruments, variations in vocal style and gentle/heavy transitions that feel forced rather than organically flowing one into another. It's almost like the guy has too many ideas and wants to cram as much as possible into his hour's runtime without allowing any to become fully formed. With so many ideas, there are some that actually sound like they may make for a decent song if allowed to develop a little further and it's a shame that they are crowded out. I feel that sometimes these solo projects would be better as a full band where they can bounce ideas off each other and allow for a bit of self-editing. Sometimes less really is more.
Ultimately, I am no big fan of this type of symphonic doom even when it's done well, so this shoddy-sounding morass of competing ideas and underdeveloped songs really doesn't move me like good doom metal should and in a crowded field this has too many superiors to warrant too much attention.

My Threnody is the brainchild and one-man band of  Jefferson Britto, formerly of Brazilian band Silent Cry. Based on what I’ve heard, Silent Cry (at least during Britto’s tenure) was Black-Doom, but I think My Threnody is much better categorized as Symphonic Metal. It’s mostly slow, but it’s also drenched in orchestral-style keyboards. While this is a little out of my usual territory (I haven’t delved in this genre much outside of Emperor’s “IX Equilibrium” LP), I can appreciate a good record as a good record, but “An Angel and the Eternal Silence” left me a bit dry. There’s sound effects or rainfall and bird chirps, as well as spoken word segments, with lots of  changes and dynamics. The problem is the parts aren’t very interesting. Too many of the more somber moments are just really bland. I also feel that a lot of the  guitar riffs could be improved with some slight tweaking, like switching from a major to a minor key, that sort of thing. The less heavy moments also take up way too much of the record, to where it sometimes feels like mellowness being offset by the occasional metal, as opposed to the other way around.  The music will start to get going, and then go into a piano break. I want to re-emphasize how prominent the keyboards are, they really soften things up a bit too much for me.There are only a few parts that are straight-up cringey    ( the opening lyrics to “ As the Autumn Comes...” are like something out of a 14 year old goth girl’s diary), for the most part this record is just forgettable. The only track I can see myself coming back to is “Tulip” ( the title alone should tell you something about this record), which has a pretty cool denouement that is, of course, very sappy  but also pretty catchy, with some good layered vocals. On the positive end of things, Britto does have a pretty cool “clean” voice, and when he sings like that (and the lyrics aren’t too shitty), those are probably the best parts of the album. His growl is just okay.  Considering how elaborate a lot of the compositions are - It definitely sounds like a concept record - it’s a shame the end result isn’t more memorable. To put it simply, I wish it was more DARK.

0.0
Band
My Threnody
Release
An Angel and the Eternal Silence
Year
2002
Format
Album