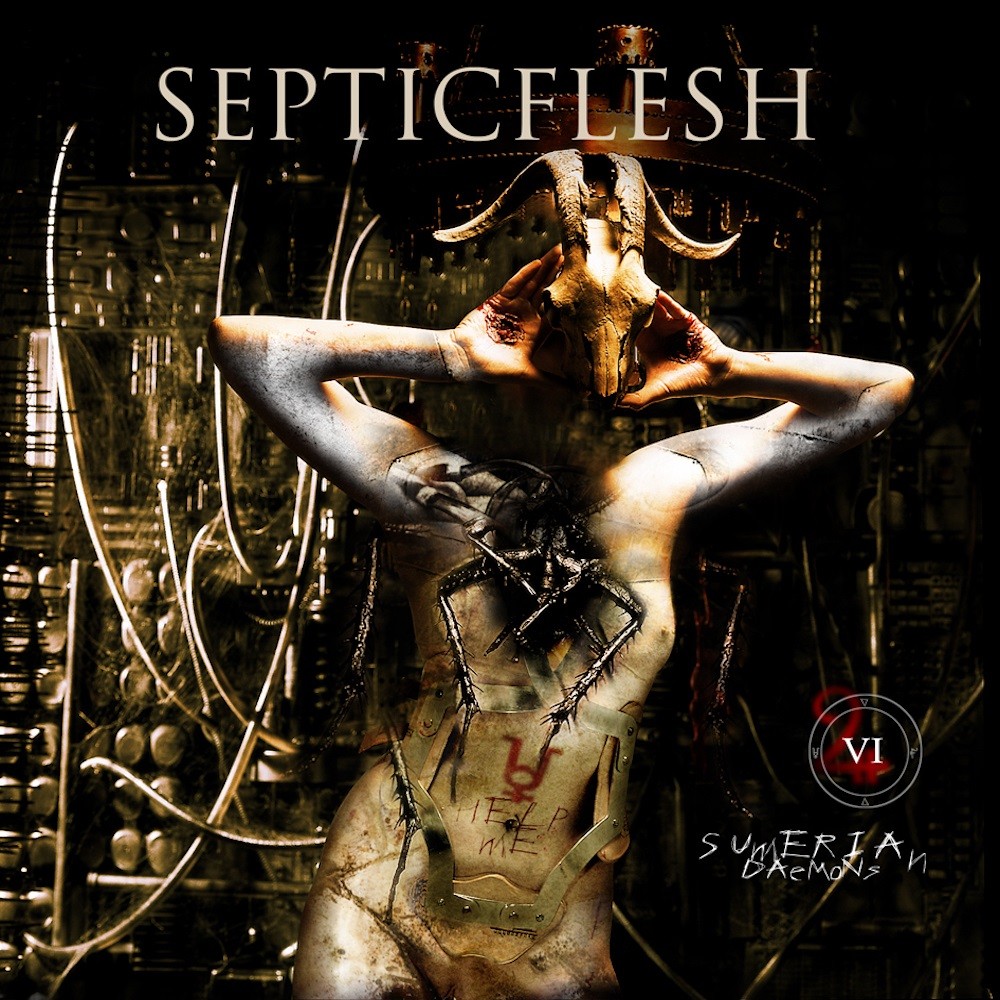 I struggle to find Septicflesh releases that I like.  To date my (patchy) exploration of their discography gleaned only Codex Omega as being of any note.  For me, all too often, the promise of the grandiosity of a symphonic death metal record always fell short.  I won't go as far as to say it works brilliantly on Sumerian Daemons end to end but it most certainly works for the bulk of the record.

The first thing to mention is that I am not entirely happy with the mix on this record.  I find the vocals sound a little muffled and the drums a little dominant in the mix.  It isn't a massive distraction but I do find it is worse on some tracks than it is on others.  Mixing job pickings aside this is actually a decent enough death metal record even before the added splendour of the symphonic elements.  It rips nicely and sets a frenzied pace at times that holds up well.

One thing of particular note is the clever use of the guitars to create atmosphere, even in its most frenetic moments there is always a haunting picked string on the fringes of the music.  It feels sinister, like something is lurking in the shadows watching as the album progresses.  On other occasions the record has a real rock feel to some of the riffs deployed (Dark River) which surprisingly works really well alongside the overall death metal aesthetic of the sound.  It is how I would prefer my melodic death metal to be largely.

There's a definite strength to the songwriting and a prowess to the performance - which is only to be expected.  There are moments where the record does meander a bit but on the whole it is a solid record that makes subtle use of the symphonic elements to let them contribute to the whole sound as opposed to riding roughshod over the record.