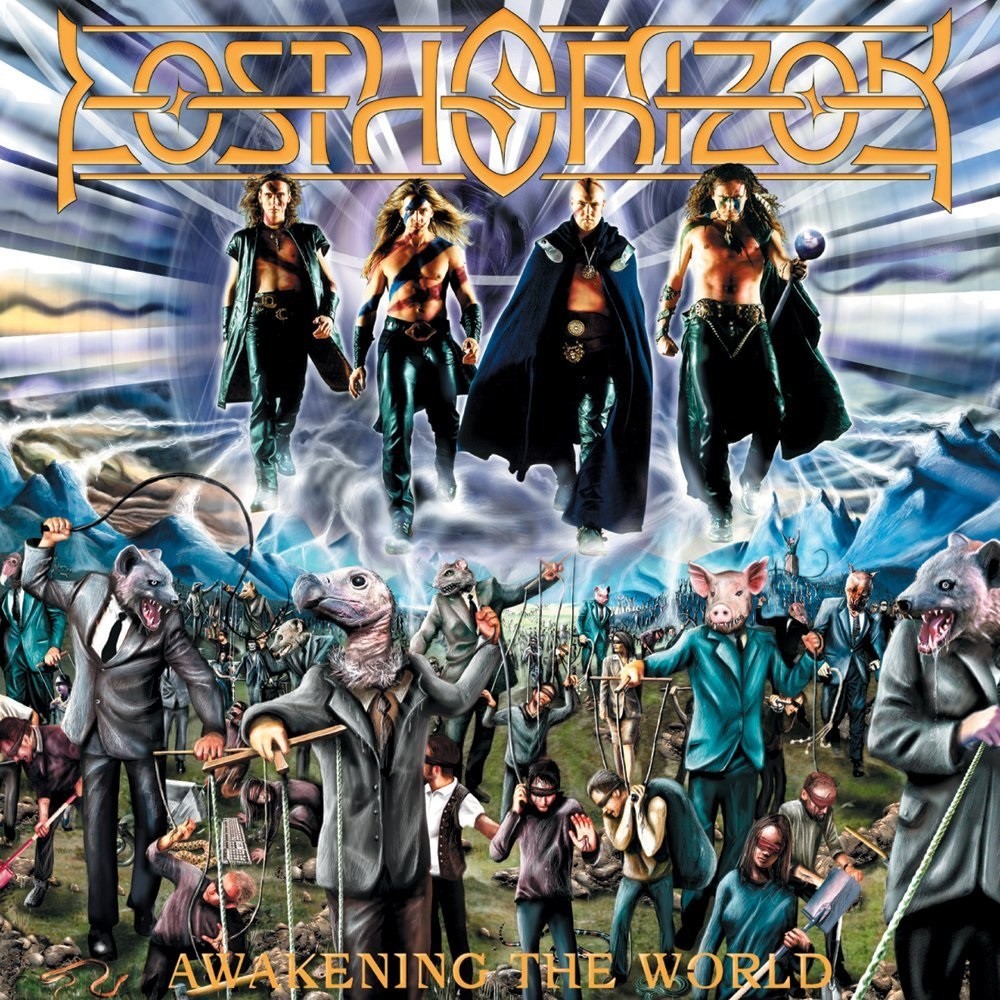 For the first time in the longest time, I've returned to the pure power metal business from my earlier epic metal taste with this band. The songs are some of the best and highest quality in the genre. The inspiring guitar and drum work by Wojtek Lisicki and Christian Nyqvist respectively will leave you in awe. The out of this world vocals by Daniel Heiman are incredible with more powerful falsetto than the lead vocalists of bands like Gamma Ray and Judas Priest. His powerful emotional vocal range allows him so high and so low. Unbelievable! The bass by Martin Furangen sounds muffled when it follows the drums, but that doesn't change the phenomenal talent of the members.

And one thing I wanna get out of the way before the songs is the lyrics. They're all set in a metal fantasy realm, but the main topics they cover is truth and self-empowerment, the latter much more than the self-empowerment radio program I used to listen to in the morning (back when I was into the radio pop sh*t before I began developing my metal interest). The lyrics can be found in all the songs, and I don't wanna cheapen them when describing them song by song, so there.

"The Quickening" is a short intro with thunder in the background and synth effects. I like intros the best when they set the mood, and that's done perfectly. "Heart of Storm" is the perfect real song to start the album. After a quick drum roll, we blast off into incredible power metal. Keyboard passages add more depth. OK, there's one thing to note in the lyrics, and that's during the thunderous ending with Heiman screaming lines from the movie Highlander, and with the last full song of their next and currently last album titled "Highlander", it all comes full circle! Excellent power metal perfection!! "Sworn in the Metal Wind" is slightly better, the best of the album! Heiman's vocals are incredible in the intro, continuing the vocal perfection from the previous track. The chorus might not sound like a real one, but it doesn't stop the energy rushing from start to finish. Absolute true metal! "The Song of Air" is another keyboard interlude. I'm not a fan of instrumentals that are put in the middle of an album as they sometimes disrupt the flow, but those crystalline keyboards soothe things out for a relaxing break.

"World Through My Fateless Eyes" is back to the speedy power metal business. None of the progressive death metal of The Faceless or the alt-metalcore of Coldrain, just pure power metal and nothing else! However, while it's not bad at all, it's close to weak and forgettable compared to the rest of the album. Still it's pretty killer especially the chorus. "Perfect Warrior" is the perfect inspirational mid-tempo semi-ballad. The vocals are slightly subdued but ring in joyful emotion for the lyrics. There's also a great solo here. "Denial of Fate" kicks things up in a more vengeful pace. If there was ever a single released for this album, it would be this one, rushing through the pure adrenaline of fantastic keyboards and a singalong chorus. One of the most humbly powerful tracks of power metal!

"Welcome Back" opens as almost a ballad with soothing keyboards and bass, along with fantastic vocal effect though less powerful. Then the heaviness kicks in with a killer chorus with full effect on the instrumentation. The song ends thunderously, and you only have a few seconds to breathe before something even more breathtaking... "The Kingdom of My Will" is an absolute epic! You may take my word for it, but it's better to hear to truly believe. This is the perfect 9-minute closing real song, changing speed while keeping the listener's attention. There's yet another superb chorus, mesmerizing guitar soloing, and fully shining bass. The drumming really pounds with fast energy, and Heiman continue his powerful shriek-singing. A fantastic power metal song like no other! "The Redintegration" is an almost pointless outro, like add this one in when you already had a perfect closing epic?! Still it keeps the amazing quality, and if the album already has an intro and an intermission, an outro would make sense, wouldn't it?

So there you have it, one of my current favorite metal albums, Awakening The World! While I give it a perfect 5 stars, the percentage rating I would say is more like 95%. They could improve track 5 a bit and replace the outro with a longer song similar to the next album's "Pure" to put after track 5. Either way, this is a power metal must-have album!

Favorites: "Heart of Storm", "Sworn in the Metal Wind", "Perfect Warrior", "Denial of Fate", "The Kingdom of My Will"