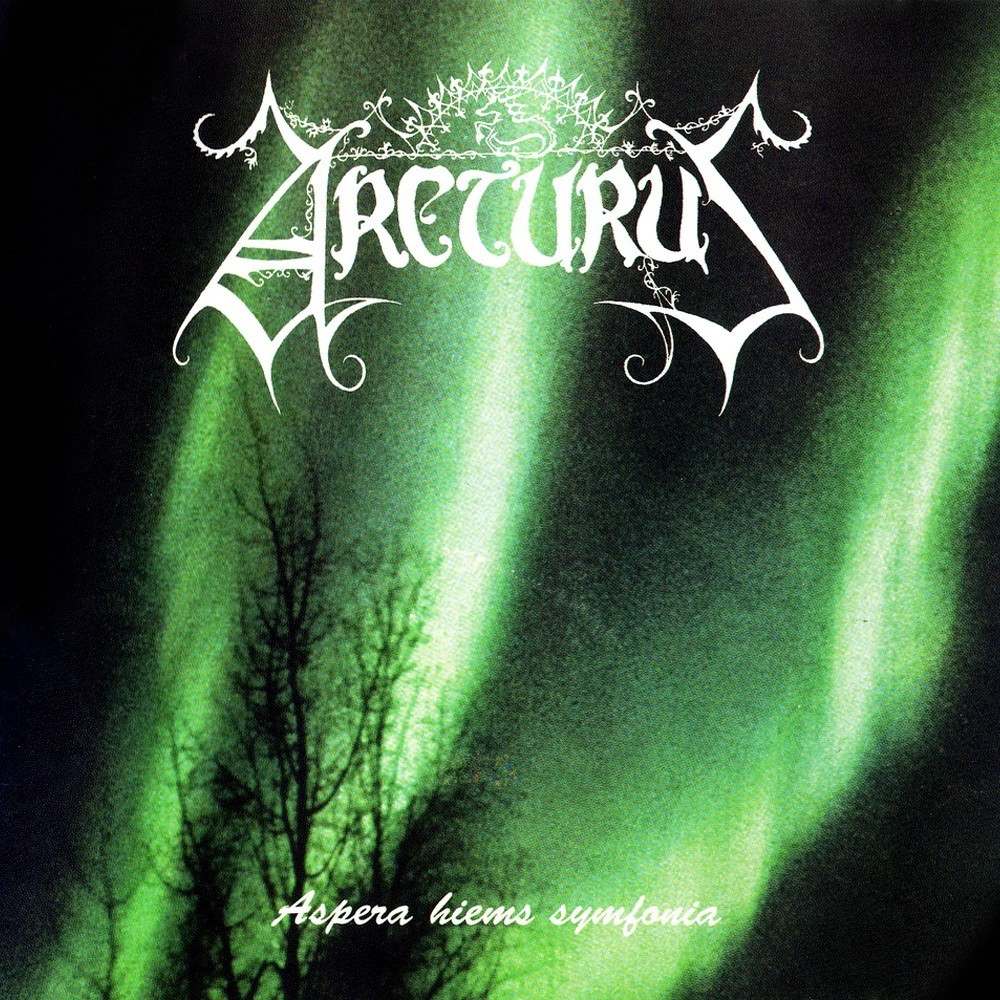 Brilliant and intelligent symphonic black metal performed by some of metal's finest musicians.

Arcturus is the name given to a star (by the Ancient Greeks) in the constellation Boötes. It translates as Guardian of the Bear and has been a point of fascination for numerous cultures throughout history due to its brightness. It’s unsurprising that this Norwegian supergroup decided to take their name from such a cosmic source, since their symphonic style of metal drips with otherworldly, cosmic qualities. The only thing that perhaps seems out of place with their choice is that Arcturus the star is only the third brightest body in the sky, when I struggle to see how any group of musicians could shine brighter than Arcturus the band did throughout their existence. Yet sadly this light did fade and eventually blink out completely (sadly without the type of supernova this news should have caused) when the band called it quits in 2007, its parts fragmenting off to form separate entities.

So why are Arcturus considered a supergroup? It’s not hard to figure out why when you have a band containing Garm (Ulver, Borknagar) performing vocals, Skoll (Ved Buens Ende) playing bass and Hellhammer (Mayhem, Thorns, Shining etc .) behind the drum kit. The other two members may not have been so established and acclaimed in the black metal scene at the time of this recording, but guitarist Carl August Tidemann would eventually take part in Winds and keyboardist Steinar Sverd Johnsen in Covenant, so there’s a heck of a lot of talent and experience behind this music. But Arcturus would become so much more than a side project for a group of legends. Over the next decade or so, they would produce some of the most experimental and ground-breaking albums to come out of the broad genre of metal and push the avant-garde movement into overdrive.

Aspera Hiems Symfonia (which is Latin for Harsh Winter Symphony) is not actually the beginning of the Arcturus journey. The band released a primitive 2 track EP called My Angel back in 1991 (shortly after changing their name from Mortem) and then a far more reputable mini CD called Constellation in 1994. Yet as much promise as that mini CD displayed, it was made all but redundant when the band re-recorded all four tracks for this debut full length in arguably better form. Each of these tracks changed quite significantly between the releases so the 4 new tracks sit seamlessly beside the re-recorded ones rather than showing them up as older material. In fact, the album holds a very consistent tone throughout, which is completely in tune with the lyrical themes and album artwork. But enough about context and historical facts, what’s this album really like?

It’s obvious right from the beginning that the symphonic aspect plays a huge role on Aspera Hiems Symfonia. These tracks are not written around melodic or shredding black metal riffs, but around sweeping keyboard atmospherics. There’s no sense of evil or darkness which seems to pervade so much black metal. Instead the band achieves a balance between the philosophical and the melancholic. For most of the album, the guitars are really used as a background instrument, merely giving the symphonic work more substance. But every now and then a delicious lead will break through to remind you of their presence and importance to the result. Hellhammer’s drumming is a lot more subtle than one might expect, given his fondness for mesmerizingly brutal and technically challenging performances. Yet while he leaves the blast beats behind for the greater part of Arcturus, he injects incredible diversity and ingenuity through consistent variations and interesting techniques.

As always, Garm’s performance is flawless. His vocals have always been first rate with bands like Ulver and Borknagar, and it’s no different here. His black metal voice is a little higher pitched than on previous works but it’s no less effective. Of note are his passion filled pronunciations of the minimal, poetic lyrics in The Fall of Man. But then Wintry Grey really displays why he’s head and shoulders above 99% of black metal vocalists. The guy can really sing! Whether he’s whispering, screaming (even backwards on Whence and Whither Goest the Wind!), singing or merely speaking, his presence is always felt and always memorable. Yet despite all these brilliant and well-known musicians working their magic, Aspera Hiems Symfonia truly belongs to Steiner Sverd Johnsen. His piano movements and symphonic backdrops give the album its heart and soul.

I can’t give the album five stars despite having a lot of affection for it. There’s no avoiding the fact that both La Masquerade Infernale and The Sham Mirrors are far more developed and amazing recordings than this debut. I also must note that the production on Aspera Hiems Symfonia, while being perfectly adequate, is just lacking in the power department. It may well be intentional that the guitars are mixed very low, but the album doesn’t grab you the way it would have had it been given a chunkier sound. But this is really nit-picking what is a great, intelligent symphonic black metal release from some of the scene’s finest musicians. Highlight tracks are To Thou Who Dwellest in the Night, Wintry Grey, Du Nordavind and my personal favourite The Fall of Man. If you enjoy black metal and don’t mind the symphonic subgenre, then you owe it to yourself to get this album.