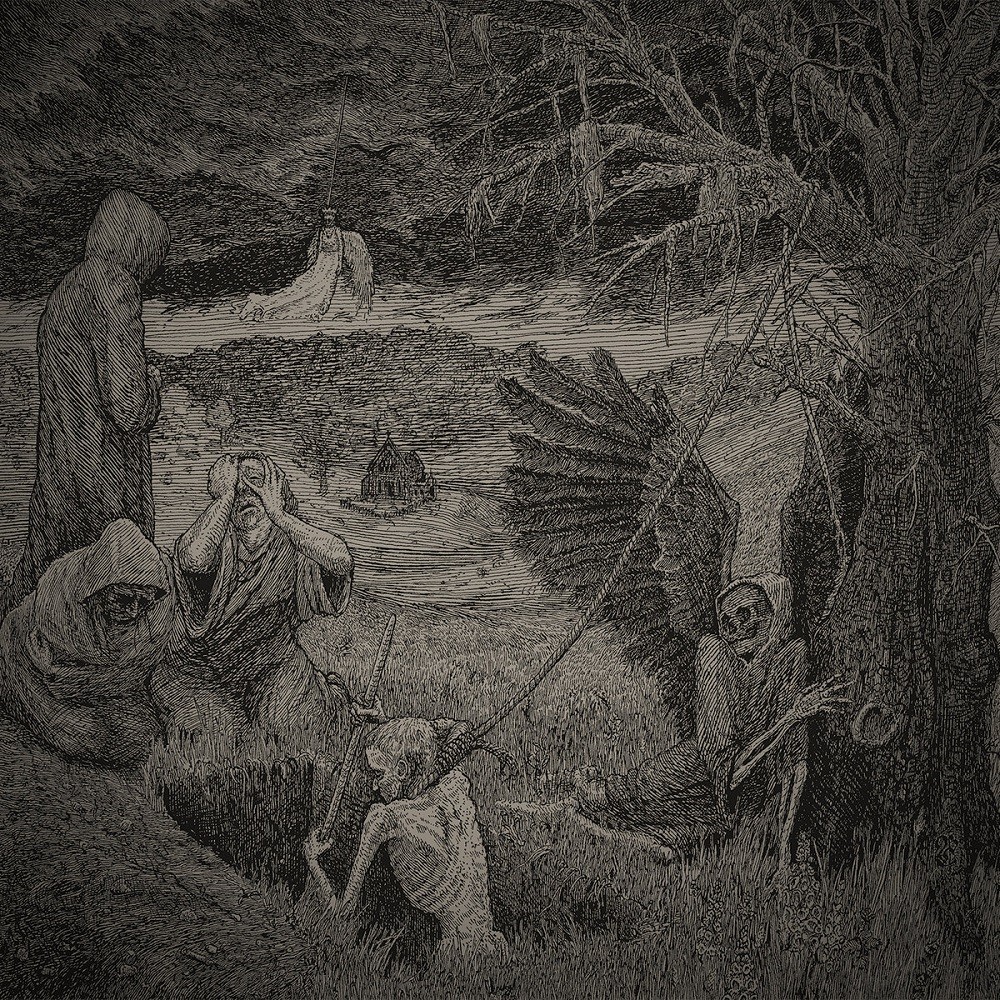 I love MSW's releases under his Hell banner and a proportion of this album is in very similar vein. This latest album was written over a period of five years and is a very personal album for him as it deals with his brother RAW's ten-year fight with addiction and the toll it has taken on the wider family. What we have here then is four tracks of visceral emotion in which MSW lays his (and his family's) soul bare.

Opener "O Brother" is instantly recognisable to any fan of Hell, but with a twist as it initially features a female vocal section before MSW himself takes over in his usual anguish-ridden vocal style. This is followed by the short instrumental "Funus" that is a gentle piano and violin piece of only three minutes duration. "Humanity" begins in brooding style with a gently strummed guitar before a heaving riff kicks in with accompanying soaring vocals. The song then dips and soars from introspection to fuming anger, superbly dragging the listener along with it on this emotional rollercoaster. The final, eponymous track is almost twenty minutes in length, although I hesitate to call it epic as that implies a certain bombast and that's not what this is about. The sorrow, helplessness and bitterness felt by the loved ones around and affected by a person dealing with addiction are laid bare for all to hear, from the resignation and sadness of the tracks post-metal first half to the seething resentment of the sludge-drenched latter half.

This is metal that is at once vulnerable and vicious, as MSW  illustrates musically a spectrum of emotion from concern and compassion to frustration and resentment and in so doing has released an exceptional album and one I wasn't expecting at all. The already well-respected (by me anyway) MSW has gone up even higher in my estimation after this incredibly powerful release that really speaks from the heart and should resonate with anyone who has had any experience with addiction or the addicted.

If I am honest this release did at first have me more than a little torn. It is not that I do not enjoy Obliviosus, more that it takes such a monumental amount of effort to even begin to digest it that I do find myself somewhat fatigued by it after each listen. This draining effect I can put down to two factors. Number one, it is so emotionally wrought that you cannot fail to be engaged by the sorrow in this tragedy-soaked release. Secondly, it is such a vast record in terms of its influences that you do find the very fabric of its existence to be a much more detailed tapestry than the tags that get put against the release initially suggest.

Were an alien to land tomorrow and I played them his release I would probably describe it to them as follows. An album written on the scale of an atmospheric black metal album with a cacophony of sludge/post-sludge influences all over it, interspersed with some clear funeral doom (a la Bell Witch) in places – especially the opening track. I am not one usually too hot on the concept of genres/sub-genres but to describe this album without referencing thus would be a travesty.

Now, my individual take on this album (knowing its subject matter) is that the turgid nature of the tracks is a perfect representation of the artists personal battle with grief. Never having gone through a tragedy of the nature of what is described here I may well be quite far off the mark here; however, I do pick up a distinct sense of each track representing a differing stage of grief. Opening track O Brother is an angry yet confused sounding affair that cries out the soul of a person coming to terms with a loss they cannot quite process. In the complexity of this period of trying to process the situation anger takes the driving seat and what you get is a very personal insight into the human psyche during one of life’s true tests of a person’s resilience.

Second track Funus, sounds like a reversal of the opening statement and comes across as the artist trying to seek the positives from the life that is lost or to simply dwell (albeit temporarily) in a positive space. Assuming this to be a (Latin?) translation meaning funeral, the track feels like an attempt to give someone who has caused such obvious disruption to your life the best possible send-off still.

By the time track three rolls around we are back to the unenviable task of trying to process again, only this time the anger gives way to a more desolate and hopeless sound, like the inevitability of the situation simply cannot be challenged. This is one of the more draining tracks here. As an individual track it just comes across as so lost and bereft of hope it sticks with me perhaps more than its astray structure suggests it should do when balanced in the sum of all parts.

The final track here is probably one of the best closing tracks I have heard in a long time. It carries through the lost direction of the previous track initially but then slowly consolidates the emotion and energy back into the angry space the album began in, only this time taking that anger even further and giving it focus to what is a perfect culmination to the record. It incorporates so many elements during the opening ten minutes that it sounds like all the conflicting emotions and fathomless darkness are being positioned finally and to some degree accepted.

The reference to Neurosis that Daniel makes is perhaps the nearest comparator for the whole release I can think of. Whilst not identifiable as such consistently in the sound, the elements of Neurosis are present in the heart and soul that has been put into the record in terms of the writing and the delivery of this very personal and draining release.