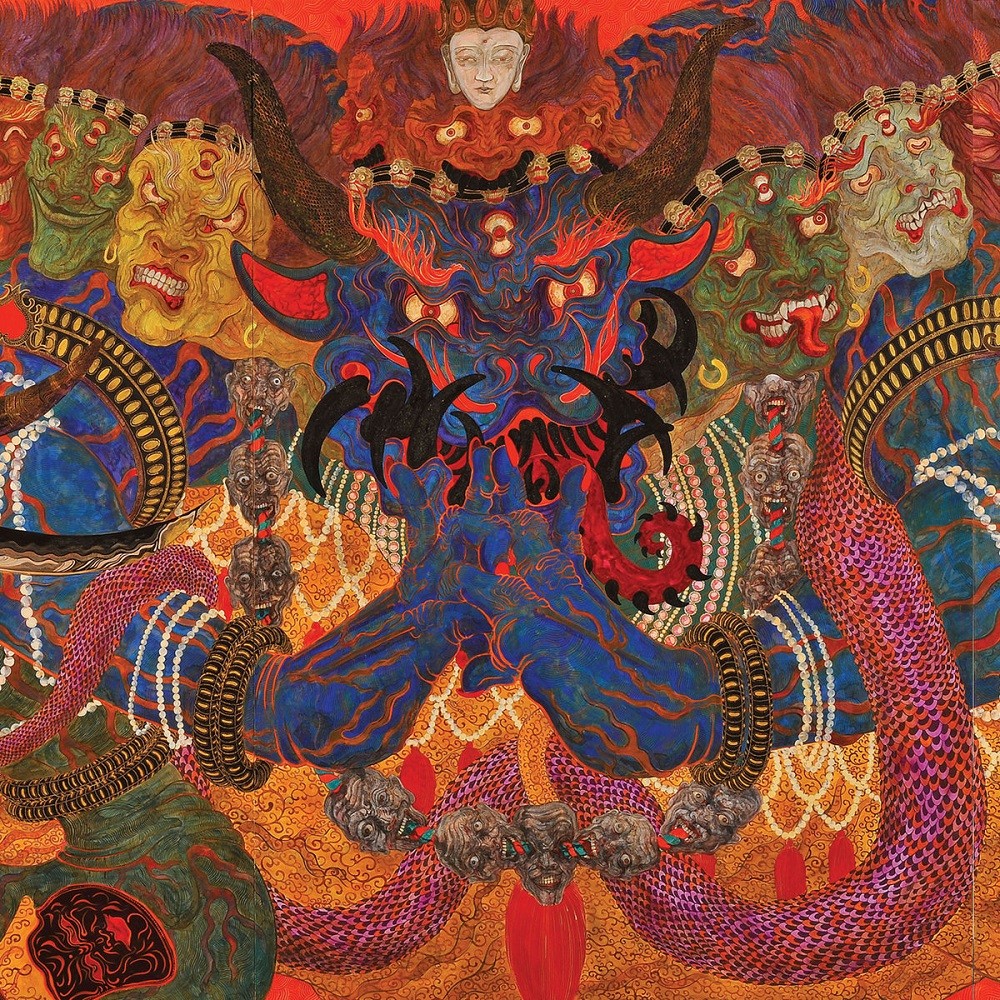 The thought of a two-hour avant-jazz album had me positively sweating with dread. But this isn't that album at all I'm absolutely thrilled to report. Yes, sure there are avant-jazz elements present, obviously, but I consider them merely icing, the heart and soul of this album is the percussion and it's ritualistic and tribal rhythms that call to something buried deep in the human psyche. I'm a big fan of ritual ambient artists like Draugurinn and Forndom, but this is on a different level completely. I must admit though that I did wonder how it got tagged as metal until the third section at least where it's drone metal credentials kick in. I still have some issue with the solely jazz sections and it is a long album, but these are minor gripes as this is something truly outside my comfort zone that I absolutely love.

OK so I’m gonna have to thank saxy profusely for leading me down this path because “Eons” has quite simply left me with my jaw lying on the ground over the last few days & has single-handedly proven the validity of the push to include some more modern feature releases. It’s an indescribably beautiful & gloriously intimidating 128-minute triple album that truly defies categorization. The most common labels attributed to it seem to be avant-garde jazz & drone metal but neither is a terribly good fit in my opinion. It’s easy enough to see why people want to go down those paths but this is a long way from a jazz release even though it consistently draws upon shared tools. It’s also not a metal release when taken holistically but a good portion of the material seems to borrow from that niche subgenre’s intimidating grandeur & there are certainly a few tracks that are a good fit for that tag. I’d throw in ritual ambient & traditional drone as equally strong components of Neptunian Maximalism's sound though, particularly due to the consistent pulse that binds their noise-laden soundscapes & the extensive layering of Eastern-influenced sounds on offer, both of which see me often being reminded of Dead Can Dance although the link is more in the aesthetic than the overall sound. There are hints at krautrock in the celebration of experimentation here too. The more drone metal inspired works on the third record are where things come together in their purest & most gripping realization & I’d suggest that the four tracks it contains are very close to perfect. The more jazz inspired pieces don’t have quite the same effect but are just as intriguing from an artistic point of view.

"Eons" is a dark, brooding, cerebral & spiritually enlightening experience that seems to have been custom-made for someone like me that likes to be challenged both artistically & emotionally by my music. It's interesting that the cover art is a pretty good graphical indication of what you can expect to find contained within actually. You’ll rarely find an album that more successfully takes the listener outside of their comfort zone & into an entirely new world. Just don’t expect that world to be as immediately welcoming as you might hope because the sheer breadth of this musical undertaking is not for the faint of heart. Neptunian Maximalism have conjured up a release that sounds very much like the soundtrack to a ritualistic human sacrifice. It will undoubtedly have you questioning whether you want to watch such an atrocity however you’ll struggle to look away as the process seems to hint at a spiritual transcendence that only exists in our dreams & fantasies.

Hi and welcome to this new and exciting of edition of "the weird shit that Saxystephens listens to"! I'm your host, and this band is Neptunian Maimalism, a Belgian based avant-garde jazz ensemble who decided to take the plunge into heavier tones on Éons, their newest record.

Beyond that description, I don't really know how else to explain this album beyond "the kitchen sink". This album has it all from a sonic point of view. It's very avant-garde/progressive with its timbre of sounds, it's melodic, it has drone aspects, it contains the traditional polyphonic spiritual sounds, it's minimalist. And, dare I say it, it's one of the most compelling albums I've heard in a long time.

Now does that make it a classic? Well the production is phenomenal. Most of the melodic passages are taken by the saxophones and are complimented by what I will dubiously call "spiritual percussion". When the guitars and keys appear to play backgrounds, they are always undertones, but they do build over time, giving many of the extended songs on this albums second half some swell and growth. Of course, the guitar also gets some lead sections, such as the very nice "Ptah Sokar Osiris".

"Drone" might not be the best descriptor for an album such as this. This album has far too many grooves and melodies to fall into that category, although I do see why some would call it that. The compositions are very long and are deliberately slow, in an effort to ease the listener into their huge crescendos over time; you almost do not even realize how far you've come over the duration of one track. On tracks such as the opener, "Daiitoku-Myōō no ōdaiko", it is much more obvious what is happening. And while it does feel like "drone", it might not sound like it. The most drone song on the album is "Eôs", and even that song is far more developed than almost anything I've heard in the genre in a long time. The guitar, saxophone and vocal melodies are soaring and tell a beautiful story.

Like with many drone albums however, there is a caveat. And that is that this album is way too damn long! Seriously, this "concept album" of mostly instrumentals is over two hours and split into three parts. And I needed those breaks in order to get through this thing. I don't know how anyone could sit and actively be listening to this entire record in one session. And no, using mind altering substances doesn't count!

As a piece of music, Neptunian Maximalism is truly a marvel. It's a marvel in how this group was able to take all of these musical ideas and mash them up into this cacophony. It's hectic yet peaceful, drone yet melodic, powerful and soft. How does it work as a metal album? It lacks much of what makes an album metal. But then again, what makes a drone album "metal"? I had this discussion a few months ago in one of the MA forums and brought up the idea that too many people in metal communities scour when something is called "metal" and does not live up to their expectations of that word and its connotations. When you open your mind to the possibilities that "metal" can be more than just Black Sabbath, Metallica and Cannibal Corpse, you'll be amazed by what you may find. And unfortunately, this trend seems to be continuing with the metal communities reception to this record.

Now to answer my own question, is this record a classic? No. But goddamn does it open the door for infinite possibilities. This album is worth hearing just for the uniqueness, even if I should warn that this album will be an alienating listen for some.