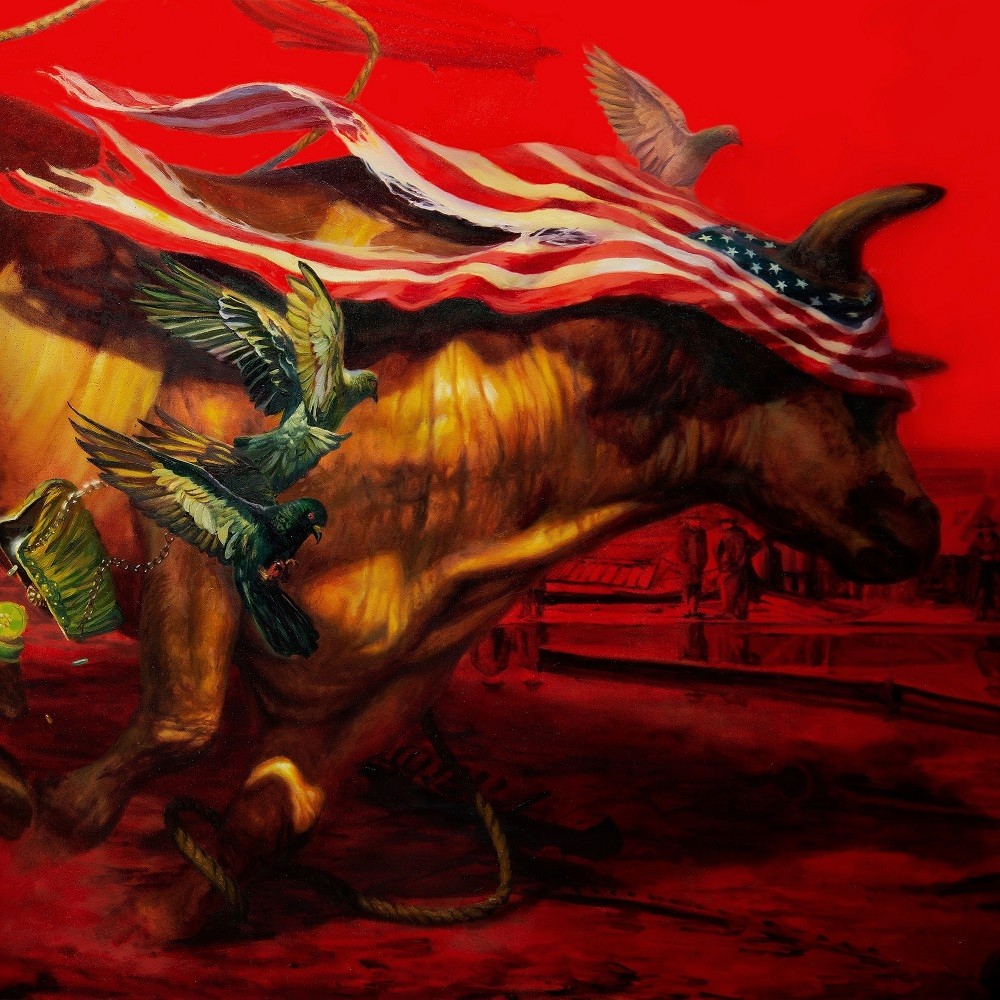 Good grievous, are many of these metalcore vocalists not learning to scream properly resulting in them blowing their voice?! First Trivium's Matt Heafy, then Protest the Hero's Rody Walker! In the middle of their 10 anniversary Fortress tour, Rody started suffering vocal issues that were like "I'm about to end this man's singing/screaming career." Luckily the metal gods blessed him with a full recovery. But what if his voice wasn't fully healed at the time and for this album, he had to only do clean singing in a limited range like Matt Heafy in Trivium's Silence in the Snow? That would've still gone well...or not.

That's one of a few reasons why their new album Palimpsest was delayed a bit, as if we hadn't suffered enough, but it's finally here!! 7 years since their previous album Volition, or 4 years since their Pacific Myth EP, that blazing hardcore-ish progressive metal band returns for another crazy good time after that crazy endeavor. And thanks to Rody's vocal recovery, his voice is strong as ever. Will Protest the Hero regain their modern prog metal throne?! WILL THEY?!?

"The Migrant Mother" begins running on the ground with pulsing drums like that raging bull in the cover art. Would Rody still have the capacity to continue vocal prominence that earned him fan adoration?? Yes he would!! His vocal power continues to rise! The hardcore-like tempo and vibe nods back to the early days of Kezia to satisfy hardcore fans. Orchestration helps give the song its epic mood. PTH IS BACK!!! Next song "The Canary" shows intricate groove hooks alongside the captivating narrative. The charging pace and epic dramatic chorus really makes that song a sweet highlight. "From The Sky" continues going through the album's theatrics with hefty bass and riff energy taking the stage. A soothing piano section leads up to the song's glorious ending climax. "Harborside" is the first of 3 interludes, and it's a brief beautiful one.

Then it segues to the endearing eccentric "All Hands". Protest the Hero's technical proficient arsenal shines through with the band's incredible ability on the harborside to engage the listener through the arrangement that never gets overwhelmed. "The Fireside" bursts in flames of vibrancy and Rody rapidly fires his vocals like a machine-gun faster than Eminem. This is a high-quality anthem hardcore-ish progressive metal anthem that would make you want more. "Soliloquy" springs into hyperactive action with killer blast beats alongside a good lyrical concept. The instrumental wizardry keeps you in the flowing stream. "Reverie" continues the theatrical nature again with expert guitar impression. The composition sounds a bit closer to Rhapsody of Fire style of symphonic power metal while seamlessly matching the usual PTH progressive metal. "Little Snakes" has darker tones that lurk beneath emotive vocals. One of the most enthralling pieces of the album! "Mountainside" is the second short whimsical interlude.

The instant impact of "Gardenias" is so good you can even listen to it on its own! The drum kicks and instrumental punches unleash thunderbolts while electrifying lightning strikes from Rody unleashing his screams and growls. The finish line is still far but closer with the third and last interlude "Hillside", offering a solemn piano moment. "Rivet" bursts with some final intense energy as soft unobtrusive guitar takes the spotlight in the thrashier segments. This is an ideal piece to round out all of Protest the Hero's trademark elements in a theatrical curtain call.

Protest the Hero may have been absent for some reasonable time, but with Palimpsest, they can still burst out their impressive talents in cathartic moments that's absolutely worth the agonizing wait. The conceptual narrative in each chapter urges you to memorize all those historical events referenced in this creation and to demand more. I really hope nothing bad happens that would scare us ever again. Welcome back, Protest the Hero!!

Protest The Hero are back with their first full length album since Volition from 2013 and a lot has changed around them in that time. I have always enjoyed this band, and not just because they were from Whitby, Ontario. No, Protest The Hero were a very unique band in the metalcore subgenre; they had the odd time signatures and overarching concepts to their albums, which has a lot of similarities with both mathcore and progressive metal, but they did it with an incredible knack for memorable songwriting, hooks, and personality.

Now, Protest The Hero joins the ranks of Sum 41 of Canadian bands getting into American politics. While it is not for me to tell them whether or not to get involved in this polarizing issue in 2020, Palimpsest is a hybrid album; one that combines songwriting from Kezia and Volition era PTH albums to create a new aesthetic. One that I really like and would never have expected to work as well as it did.

The songwriting on this album is super impressive. The technically demanding guitar parts with sweeping passages, fast guitar strumming and pummeling breakdown riffage is all packaged together in a package that one would expect, now that this band has been going strong for just over two decades now. The harsh screams of older albums are back and Rody Walker shows off his technical prowess by being able to switch back and forth between the two with relative ease and on a dime no less! Unfortunately, the bass does get the short end of the stick from time to time, and their are a couple of moments where the bass is nowhere to be found. One of the bands greatest strengths was their bass/guitar independence, and it seems like that has diminished over time. You know, the worst part about Volition era PtH.

But even with all of that said, I would still say that this is Protest The Hero's best record since Fortress with it's melodies and compositions. But the juicy stuff is in the content. A Palimpsest is, by definition, "a manuscript or piece of writing material on which the original writing has been effaced to make room for later writing but of which traces remain." Some have likened this to the colonization of America by Europeans during the fourteenth/fifteenth centuries, which is a fair argument. But It also feels very indebted to the modern era; where certain people have become so divided that they have to secede from the country in order to feel better about themselves. The laws of the land do not apply to them anymore, so they will just create their own, and invent new rules over top of the old rules.

This is a great return to from for Protest The Hero and it shows them reinventing the wheel once again. It seems like this band is trying to etch its way out of metalcore, but they have only become more consistent with it. Fortress will probably always be my No. 1, but this might just give Keiza a run for its money.