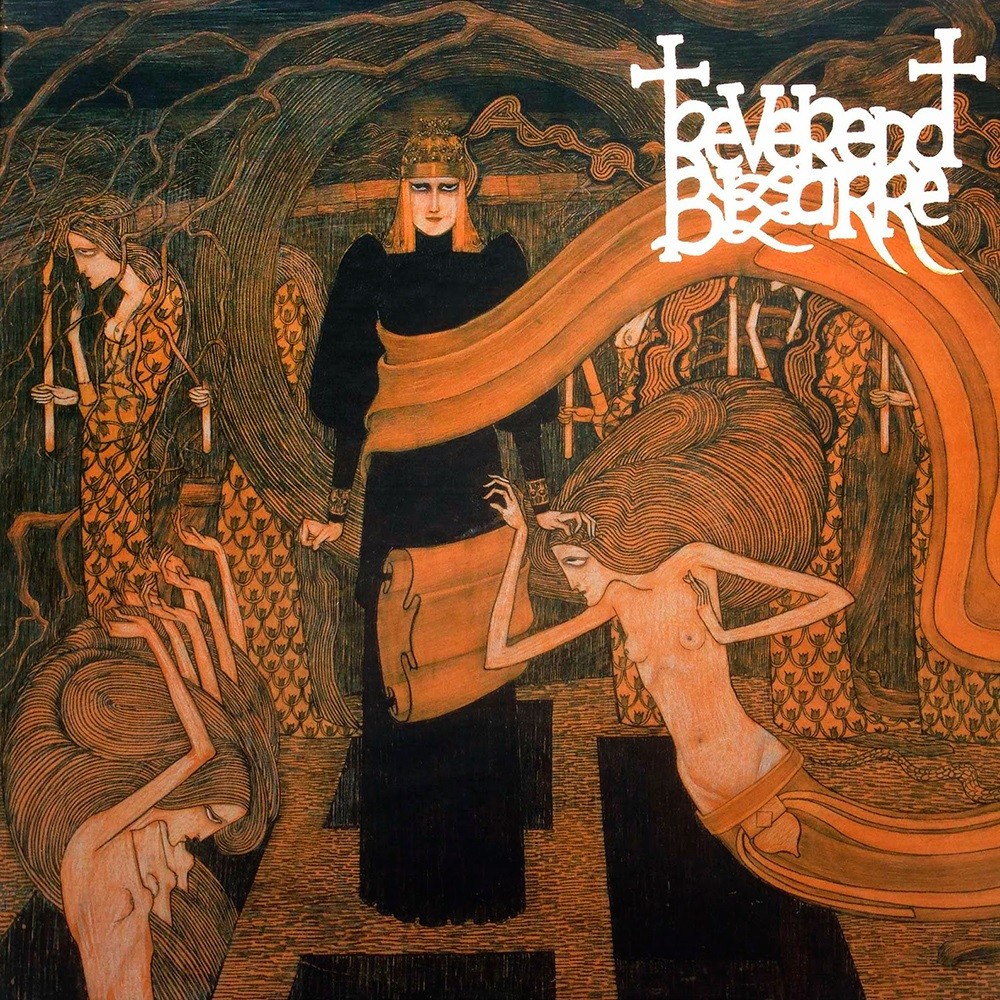 Even prior to the release of So Long Suckers, Reverend Bizarre had announced their intention to split, so it seems that they decided to go out with an album that could be viewed as the last word in traditional doom metal. Everything about the album is exaggerated and drawn out to a point (or more accurately beyond a point) at the edge of comfort. Intro riffs are played over and over way beyond where you would expect the vocals to kick in (They Used Dark Forces), chords are held for an interminable amount of time (Sorrow) and there are passages of bass-led noodling that act as more of a buffer than an intro or outro that seem at odds with the track they are attached to (Anywhere Out of This World). Then of course there is the extended track lengths. For trad doom some of these tracks are historically long, three of the seven tracks are over 25 minutes long and the album as a whole weighs in at a hefty 130 minutes.

And you know what, I love every minute of it. Reverend Bizarre are one of my absolute favourite traditional doom acts and, for me, very few can hold a candle to the Finnish trio. So Long Suckers isn't a perfect album by any means, look to the debut In the Rectory of the Bizarre Reverend for that level of doom metal nirvana, but it is a great example of an album pushing a genre to the absolute limits of extremity whilst remaining wholly within it's confines, so no harsh vocals, blastbeats or synths are to be found within this two hours plus of no frills, fuck-you-if -you-don't-like-it doom metal.

The riffs are memorable and gargantuan, courtesy of Lord Peter Vicar (Kimi Kärki), subsequent founder of the excellent Lord Vicar and the drumming of Earl of Void (Jari Pohjonen) is on point and, despite the extended repetition of the tracks, he does plenty to keep it interesting. For me though, despite his vocal shortcomings, the bass playing of Albert Witchfinder is fantastic and the instrument's presence is stamped all over So Long Suckers in a way that is reminiscent of how Lemmy's bass would often dominate Motörhead's sound (and even more so, Hawkwind's), adding a real depth and heft to the material that takes it to a different level of doom-laden substance.

This really isn't an album for the doom metal newbie and deliberately so I guess. Reverend Bizarre have wilfully gone about testing the limits of Traditional Doom and the mettle of it's adherents with their swansong, in an attempt to go out with the last word in the genre. To this end, I would suggest, they have been singularly successful and have produced an album that may alienate some but will heavily reward those willing to go along with it.