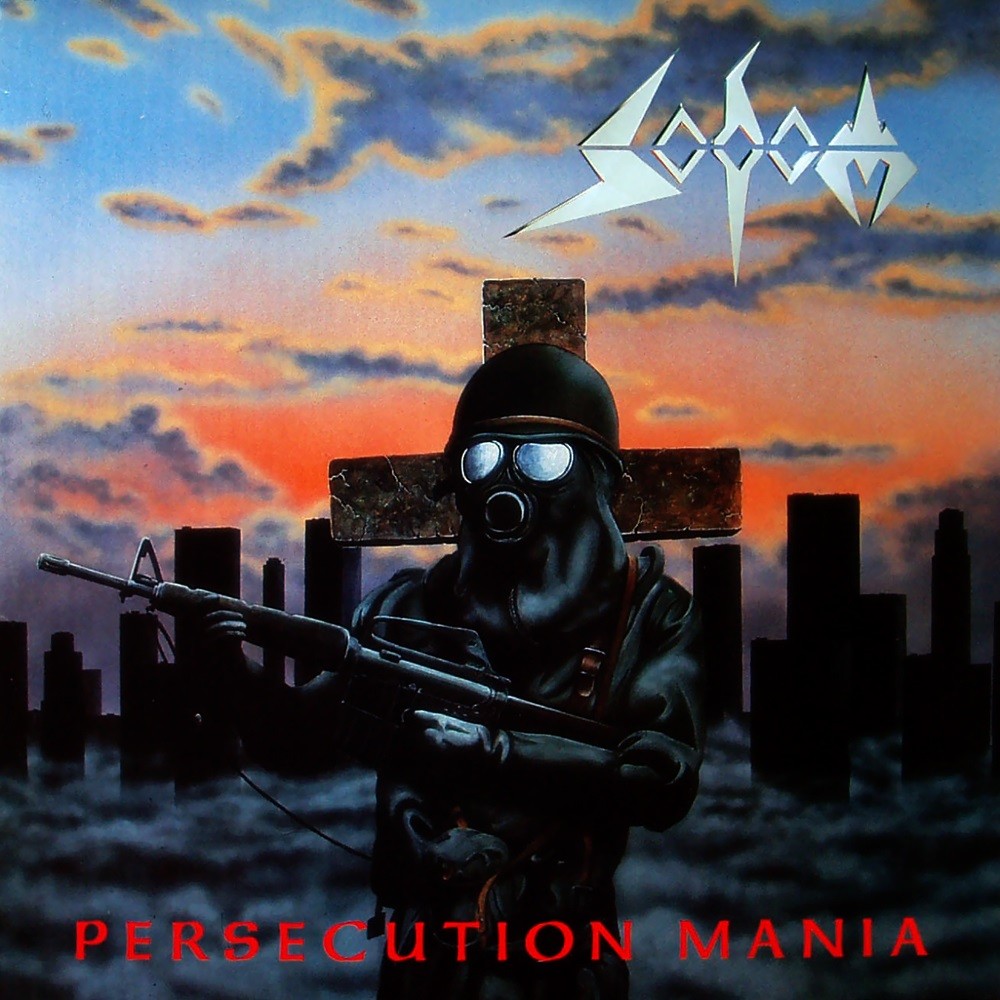 Persecution Mania is where Sodom really hit their straps. While their earlier work has a certain charm, it's messy and immature at times. This album displays a more fine-tuned performance and kept Sodom in touch with bands such as Kreator and Slayer in a time when thrash was hitting its straps. Speaking of Slayer, it's clear that Reign in Blood influenced these German's between the debut full length and this one. Just check out Enchanted Land for complete Slayer worship.

While I do find the album in general to be really entertaining, it is a little bit up and down in quality. Nuclear Winter, Electrocution and Christ Passion are classic, yet Iron Fist, Conjuration and the close of Bombenhagel are less successful. But all up, Persecution Mania is a solid 4-star classic thrash album!

Looking back, I'm still amazed at the complete 180° turn this band made in just a single year's time. Obviously, Frank Godzik gets much of the credit but it must be noted just how focused and capable Tom and Chris are here as well. This was my introduction to this gritty teutonic band and though it's not their best work, it's still overall pretty solid. "Nuclear Winter" and "Conjuration" are personal highlights.