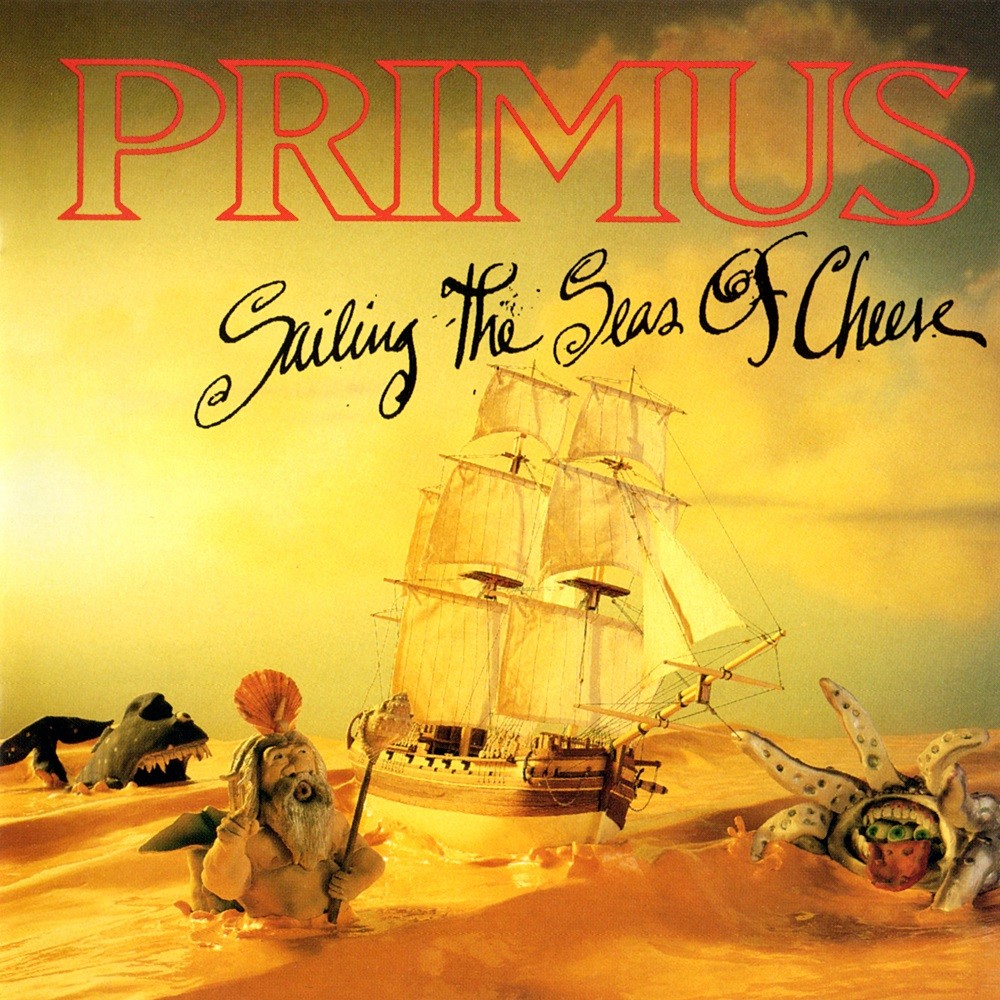 I've never liked Primus. I was probably a little too generous to this group when I reviewed their debut 1990 album, Frizzle Fry four months ago. I liked how the group was not going to take itself incredibly seriously and how the music found within was obtuse. But at the same time, it left me with very little to latch onto. Without any hooks or recurrent motifs, none of those songs held any weight for me.

So with their 1991 follow up, the band seemingly took many of their most experimental elements from the last album and turned them up to eleven (pun intended). The production certainly took a drastic step in the right direction from the last album, which did make this not a completely terrible experience listening to!

As I said, the sound of this album has certainly cleaned up since the last record. The guitars are very subdued and you would be hard pressed to find any legitimate power chord passages, or at the very least, find any that lasted more than eight bars. This allows for the bass to take center stage, and there is a lot of good stuff here. The riffs on the albums trilogy of good songs, "American Life", "Jerry Was A Race Car Driver" and "Eleven" are delivered with crispness and precision. As for Les Claypool's vocals? They are far more deliberately alienating than on Frizzle Fry, which will turn some people off. But the alienation is apart of Primus' appeal, so I can't criticize it too heavily.

What I can criticize is the songwriting. I don't care how experimental you think you are, if you cannot come up with the hooks that stand out, these songs won't last very long. I already mentioned my personal favourite part of the record, and I can't deny that "Tommy The Cat" succeeds as well (mostly because it's just "Jerry Was A Race Car Driver" 2), but beyond those songs, I can't remember a single thing here. The guitars contribute very little to the tunes; mostly just wanking around and couldn't be bothered to learn the proper keys before recording! As for the melodic motifs, they sound so basic have very little development throughout each songs runtime. It makes them very tiring, very fast. What's even worse is that the album ends with two songs, "Those Damned Blue-Collar Tweekers" and "Fish On (Fisherman Chronicles, Chapter II)", that exceed five minutes, the latter almost reaching eight! These songs don't deserve their runtime's and just feel like extended jam sessions.

Overall this record frustrates me more than any other Primus album. I do like the evolution in the production and how it allows for the dissonance in the instrumentals to sound bearable. But the developments in the songwriting were atrocious and actively made me want to quit listening to the record after "Is It Luck?". Experimental and Math Rock do have their place in history and there are some groups that can pull off those sounds incredibly well, but Primus have never done it well and I can't for the life of me understand why. Maybe with time I realized that this cheese was moldy.