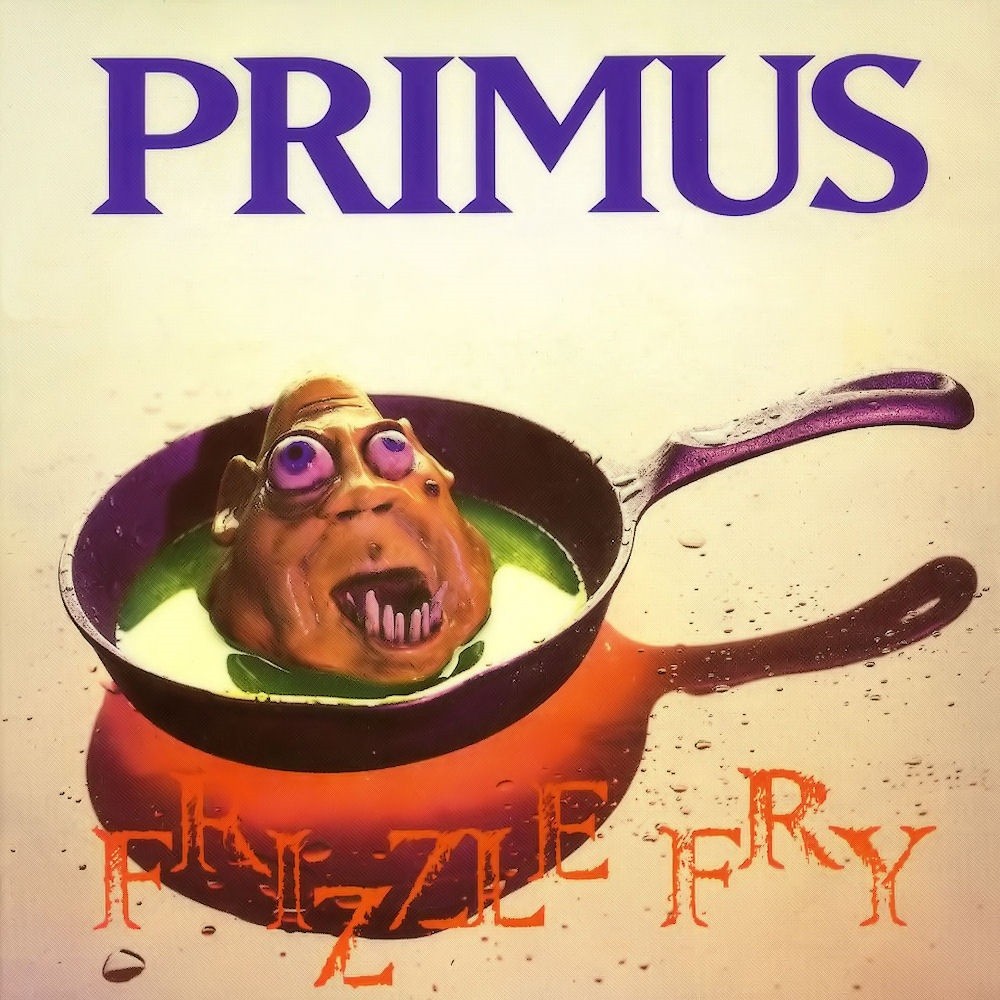 Primus help launch a new decade of metal with a release going against a lot of what 80’s metal was. Frizzle Fry was not exactly a parody album, but it combined silly and nonsensical themes, goofy vocals, and technical prowess.

Straight from your first glimpse of the cover, Frizzle Fry looks like an absolute joke. What you find inside is only halfway so, because in the songwriting and ability department, Primus take themselves very seriously. It’s no secret that it’d take a real expert to not only play, but come up with this stuff. There’s Math Rock and Experimental influence all over this thing. However, one thing Primus is not quite good at is writing a good riff, or a good guitar solo, or really anything musically memorable. The songs do their thing, dance around chaotically with some impressive technique and then leave nothing to remember them by.

The vocals, lyrics, and themes are a big weakness here for me. It’s all just too silly, never clever enough to make me laugh but annoying enough to take away from the music. The vocal style doesn’t make use of any nice hooks or melodies either, further instigating the issue of songs having no memorably strong moments.

Funk Metal is a genre that has been left behind by far too many metal fans since its glory days back in the early 1990s. One of the genres most niche chambers is also one of its most exciting with its sick bass grooves, infectious melodies and fat production. I say all of this because when it comes to early funk metal, Primus is the band hat I am the least familiar with. I knew a couple of their songs through appearances in video games like Guitar Hero, but everything I heard left me very little interest to check them out any further.

So I went back to check out the debut record from this group and what I ended up finding was something interesting for sure, but probably not in the good way. For starters, where bands such as Faith No More and Living Colour were releasing groove and melodically focused music, Primus were much more experimental. In fact, I kept referring to elements of math rock coming through in the distorted guitar melodies, and Les Claypool's "acquired" vocal timbre that isn't that far removed from black midi's recent album Schlagenheim from just last year. As a result, this album doesn't have many memorable riffs or melodies to pull me back in.

But I can't really take this album seriously because Primus doesn't really take themselves all that seriously either. The album starts with a ride cymbal playing a very familiar pattern that you should easily recognize as "YYZ", but Primus kills it before the guitar riff can enter before the album starts with "To Defy the Laws of Tradition". The song "Too Many Puppies" literally has Claypool alternating with the band where he shouts "Too many puppiiiiiiiiiiies" over and over, which, may I add, is completely unreasonable; there is no such things as too many puppies!

I don't mind tunes like "John the Fisherman" and "Spegetti Western", but the album ends with "Harold on the Rocks"; which is decent, but ends with one of the most played out endings in all of music, only to really end the album with "To Defy", a thirty-eight second coda that goes for a fade out ending. It's jarring and weird, but this is Primus so I wasn't surprised.

In the end, Primus were an interesting group and a unique one for sure, and that is fully on display with Frizzle Fry. Whether or not you end up liking this will be fully dependent on how seriously you take it. And even then that might not be the case! I ended up feeling lukewarm more than anything because I know what the giants of funk metal had to offer and this just didn't live up to those expectations.