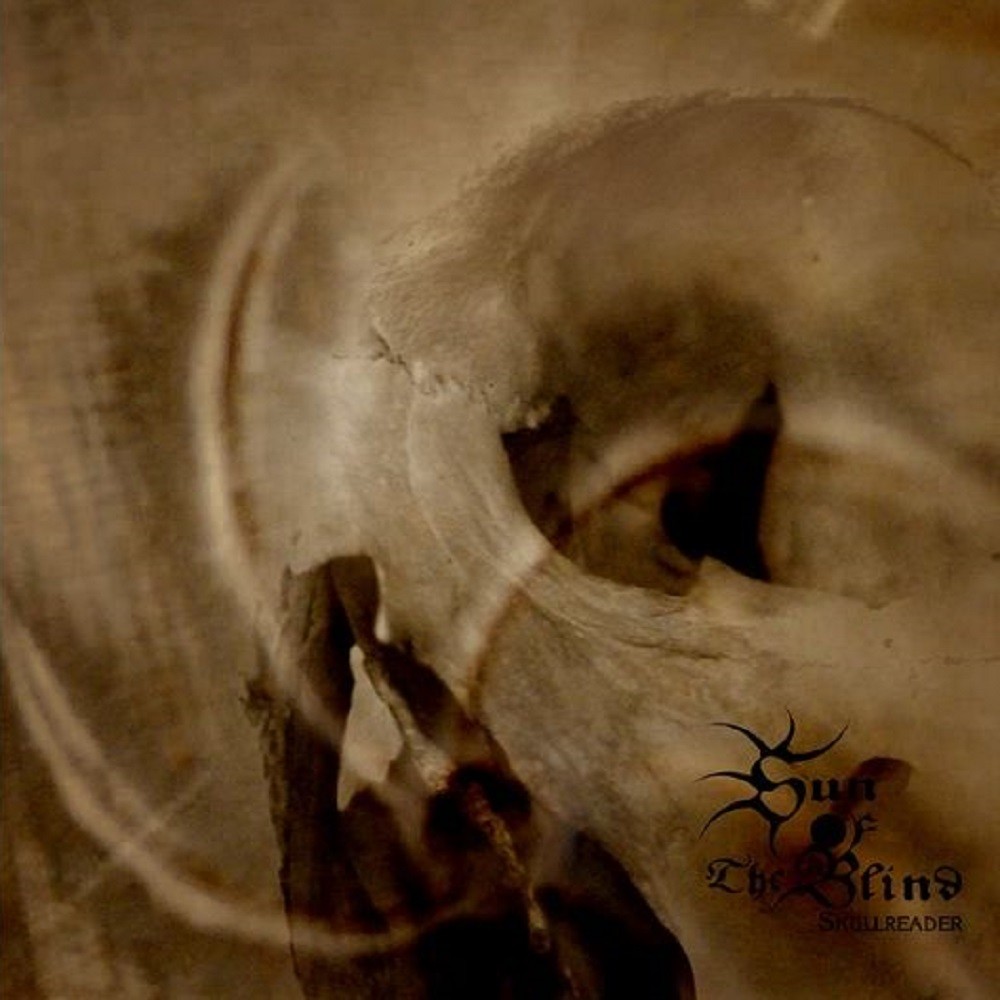 To be honest upon first listen I wasn't especially impressed with Skullreader. However, each time I've returned to it it has dug it's claws deeper into me and now I think it has finally "clicked". To be sure it isn't an "immediate" listen and it certainly doesn't grab you like Zhaaral's Darkspace bandmate, Wintherr's Paysage d'Hiver work does (and in truth it isn't really on the same level as Paysage d'Hiver, but then again, not a lot is).

Anyway, back to the release on hand and what Zhaaral has served up is a hybrid of melodic and atmospheric black metal with some occasional, brief post-metal-ly sections. There is a fair predominance of keyboards present, but they aren't at all overbearing or cloying and are very tastefully incorporated into the overall sound. I have seen the album compared to Blut Aus Nord and that is a fitting comparison I feel, especially when compared to the Memoria Vetusta series (although, again, it isn't on the same level of accomplishment). The layers of guitar and synth build an all-enveloping ambience that does allow for some nice mental pictures to flow. Lord of Mind, for example, with it's slower pacing feels like a journey through a huge abandoned alien city.

I initialy disliked the fact that the vocals are buried in the mix, but have actually grown to enjoy that aspect, as the fact that you have to strain a little to hear them properly makes it feel like a voice is reaching out between dimensions or across the veil between life and death to impart some profound insight. This is not merely an album built on atmosphere though, it also has some quite cool riffs, Fire and Thirst for example, which also has some nice Middle-Eastern influenced guitar work and Vanitas whose main riff sounds imperious.

Overall a very good album, albeit one that takes a bit to get into, but one that is worth persevering with. May not ultimately stack up against his more celebrated colleague's back catalogue, or his original band's output, but I would have welcomed hearing further releases from this project to see where they may have led. As it stands however, Sun of the Blind is a one-shot deal so presumably Zharaal has scratched whatever creative itch he may have been feeling within Darkspace, for now at least.

Darkspace member's solo output is arguably more than covered off in terms of quality by Wintherr with his Paysage d'Hiver releases.  With a lot of that discography still to discover it was on my mind to park listening to Zhaaral's single album under his Sun of The Blind logo until I had fully explored his bandmate's much more vast list of releases (the first of which will arrive on vinyl this weekend as it happens).  As I alluded to in the forum thread, Skullreader is a grower needing more than a cursory listen to fully appreciate what it delivers.

Despite me having spent numerous hours with it, I am still not overly in love with it.  If anything I find it to be great background music, which is hardly glowing praise and does sound unfair when it is obvious that there is lots of evidence of talent on this record.  This a very lush and melodic experience overall and not one that relies too much on just swooshing atmospherics to set the scene.  The repetition on the record breeds an assuring familiarity as it plays but at the same time makes it impossible to maintain the focus solely upon just the music.  It does need more atmosphere though as it is far too warm sounding (without being Hellenic) as a result of the lush and rich melodies.  Whilst I cannot fault the effort and the means behind it, I have to conclude that the delivery is off, resulting in an album that seems to just pass me by as opposed to give much in the way of snapping my attention onto it for just over forty minutes.

Zhaaral is really a victim of his bandmates success as I have heard very similar ideas done much better by Wintherr (consistently so over the cross-section of the discography I have heard) and as a result I can't help but feel Skullreader just to be an attempt to get something off Zhaaral's chest that he himself was probably over quite quickly - hence the one release only.  It isn't a bad album but it just gets a bit dreary the more you try to chip away at it to glean some sense of excitement and direction.

Sun of the Blind chronology