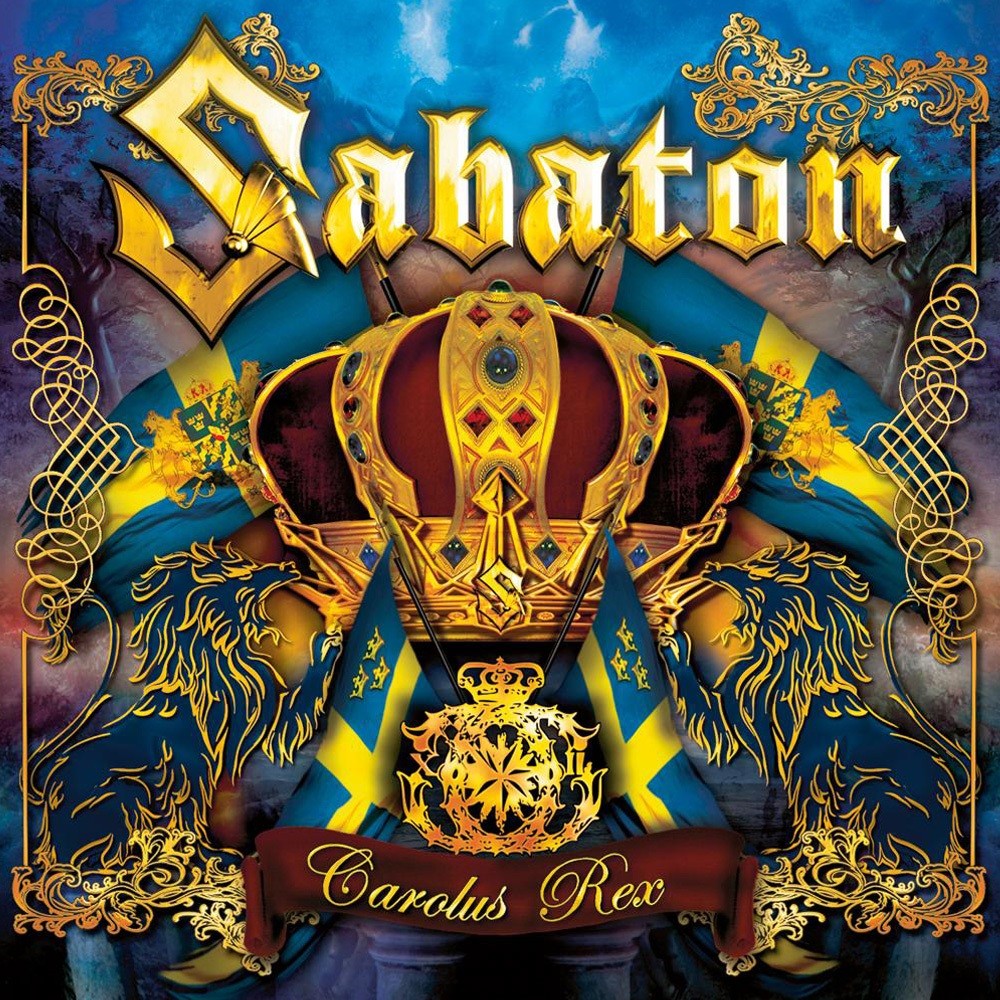 Sabaton is a power metal band from Sweden (finally a band that isn't German) who is known for taking the metal world by storm with their well-written concept albums about different times of war. My second-personal favorite is The Art of War which uses quotes from Sun Tzu's eponymous book. If you haven't listened to Sabaton before and think it isn't power metal because usually it's about medieval fantasy and dragons and stuff, you're dead wrong. It would take a full listen to make you not hate this album anymore and instead appreciate the masterpiece that is Carolus Rex! The album has been out for 8 years now and even though it might seem late for its freshness, it has never gotten stale. It's been a few years since I last listened to this band, and I'm dying to express my thoughts about this album. I'm sure some of you are excited too, right? ...Right??

Between the recording and the release of Carolus Rex, Sabaton hit quite a roadblock in their tenure; almost every member of the band left suddenly, leaving behind vocalist Joakim Brodén and bassist Pär Sundström. Fortunately, the band found replacements for touring and later albums. So this is the last album to have the band's previous lineup. The true Sabaton style is still around, as strong and catchy as always. I don't think anything here needs any changing. This surpasses The Art of War as my favorite Sabaton album, and I'm shocked that I still like it today. Some editions also include a Swedish version, but you know what's sad? I'm not Swedish. I can kinda sing along because my voice almost matches the bad*ss baritone of Joakim Brodén, but only the English version. I can never sing in Swedish if I ever try. But I guess the music coming from a different country helps me like it. Continuing the Swedish theme, this concept album is King Charles XII and the Swedish Empire, and it's a good piece of history!

The album starts with a short keyboard-orchestral intro, "Dominium Maris Baltici" (Dominion of the Baltic Sea). Then it blasts off into "The Lion from the North", and there's nothing to worry about because the Sabaton we know is still here. It is a f***ing amazing well-driven song with pounding drums, fast guitars, great bass, and belted out vocals. Though it's not as great as the next one, "Gott Mit Uns", the title being the Swedes' slogan for the 30-Year War, meaning "God With Us". It is my favorite song in the album that reminds me of my other favorite Sabaton album The Art of War. It has bright atmosphere with angry undertones, plus guest vocals by Peter Tägtgren (Hypocrisy, PAIN). The perfect metal war song! This is followed by the breathtaking "A Lifetime of War", another glorious highlight. It's so g****mn EPIC!! The symphonic metal intro reminds me of flying a helicopter over one of the World War battlefields in the aftermath of the war. The chorus is absolutely majestic and, without the "decades of war" reference, reminds me of the virus we're trapped in right now. This is tied with DragonForce's "Remembrance Day" as the greatest metal war ballad. Thank you Sabaton...

"1648" tells the story of the Battle of Prague that happened that year and has dramatic atmosphere. "The Carolean's Prayer" is about the Caroleans, King Charles' army of soldiers, in a solemn tribute. The soldiers were strictly disciplined to blindly obey their king. And those characteristics were important to help The North survive harsh winter battles wiping out the population and resources. It kinda reminds me of "Rise of Evil" from Attero Dominatus because of its marching pace and its length compared to other songs. I love it! The title track has a big chorus that once again reminds me of The Art of War.

This tale of war continues with "Killing Ground" which makes good use of Joakim's guttural vocals. Of course I don't mean growling, but he manages to sing in a lower octave which sounds as good as his baritone. The upbeat "Poltava" stands out better than any of the band's material after my third-favorite Sabaton album Primo Victoria, staying with the band's basics in both the music and the lyrical subject. The massive instrumentation and Joakim Brodén’s vocals are balanced without exposing one another. Then we have the melancholic ballad "Long Live the King". Whenever that title occurs, you know a king's gonna die. I learned that from The Lion King. The king was shot dead during a siege, so what happened then? A funeral procession, as depicted in the lyrics of despair in the verses and especially the chorus with background choir. The band deserves an A for that song alone. The finale "Ruina Imperii" (Downfall of the Empire) is sung entirely in Swedish, so it would appear the same no matter which version. After the king's death, the Swedish Empire falls apart and loses the war. There's also a bonus cover of "Twilight of the Thunder God" by Amon Amarth, and it's as awesome as the original version! I think Peter Tägtgren does growls in the bridge and the killer guitar solo performed by Roope Latvala (Children of Bodom) in Amon Amarth's version.

All in all, the music and production in Carolus Rex is the best yet in a Sabaton album. Drums, keyboards, bass, guitars, vocals, everything! All perfectly mixed, and you don't have to demand for more bass because you can hear it. Every song is strong with catchy choruses. Forget going to history class, just spend that time listening to Sabaton's albums and fighting for the Swedish army in your best armor. Hail Sabaton!