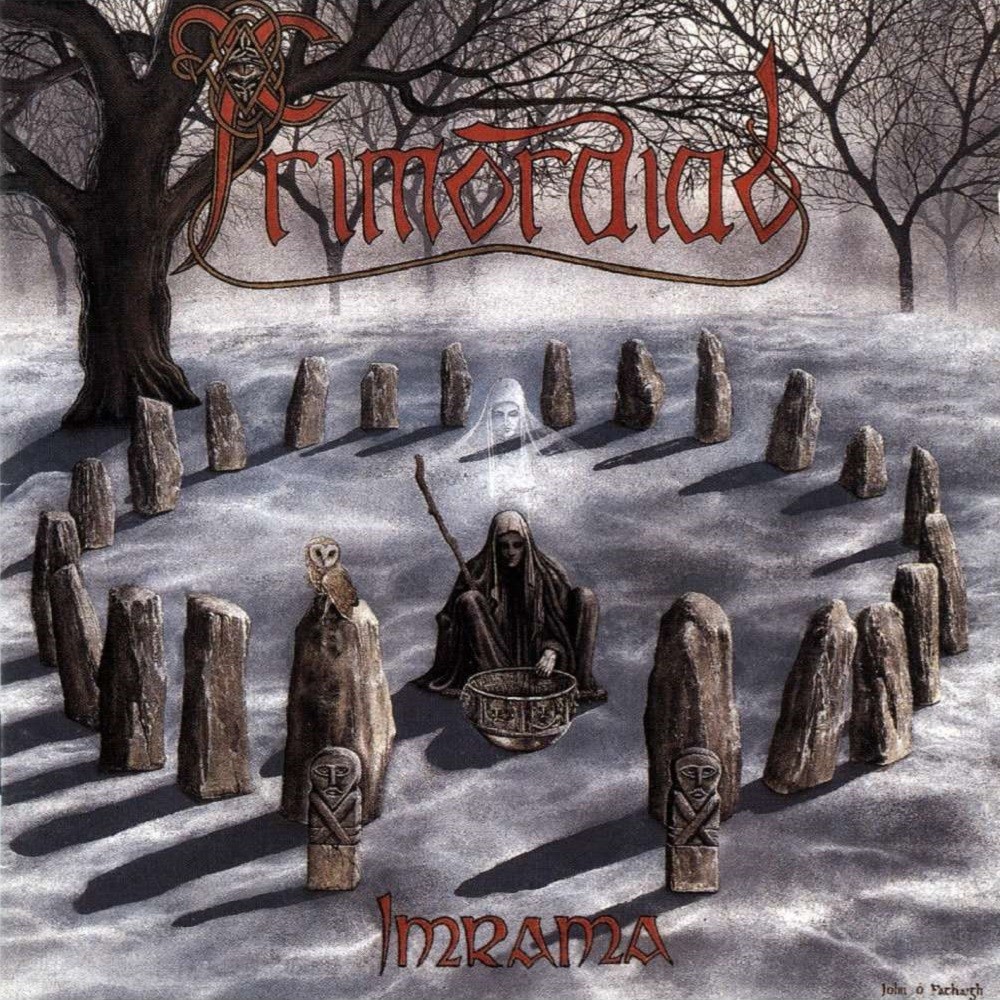 Underrated and too often ignored, Imrama is an atmospheric and unique treasure.

Imrama is really the forgotten Primordial album. Considered correctly to be the most black metal release by this Irish entity, it is generally overshadowed by the more folk metal albums that would follow. I must admit that I also don't think much of Imrama when the name Primordial comes up, but the last couple of weeks that I've spent with the album have proved to me how unwarranted this thought process was. Not only is Imrama an entertaining album, it's not as different to their other albums as it may initially seem.

The band have never really sounded like anyone else. That's partly due to vocalist Naihmass Nemtheanga's unique style, but also due to the folk and Celtic influences that they weave seamlessly into their blackish atmosphere. When I put the album into the context of 1995, there certainly wasn't anything else out there that I can easily compare Primordial to. The black metal riffs are effortlessly atmospheric and when combined with the multiple vocal styles (black metal shriek, spoken word, folky clean), acoustic guitar and Celtic instrumentation, make for a captivating experience.

The production isn't quite as strong as I would like but it's easy to hear all instruments. The drums do get a bit lost in the mix during the faster black metal sections but Imrama is really one of those albums where I stop focusing on individual instruments and just let the result wash over me. It's certainly not the best Primordial album (I think that would be The Gathering Wilderness) but it is most definitely an underrated one. I'm happy that I gave this more attention and will come back to it again far more regularly in the future. Highlights are Fuil Arsa, Infernal Summer, The Fires, To the Ends of the Earth and Awaiting the Dawn.