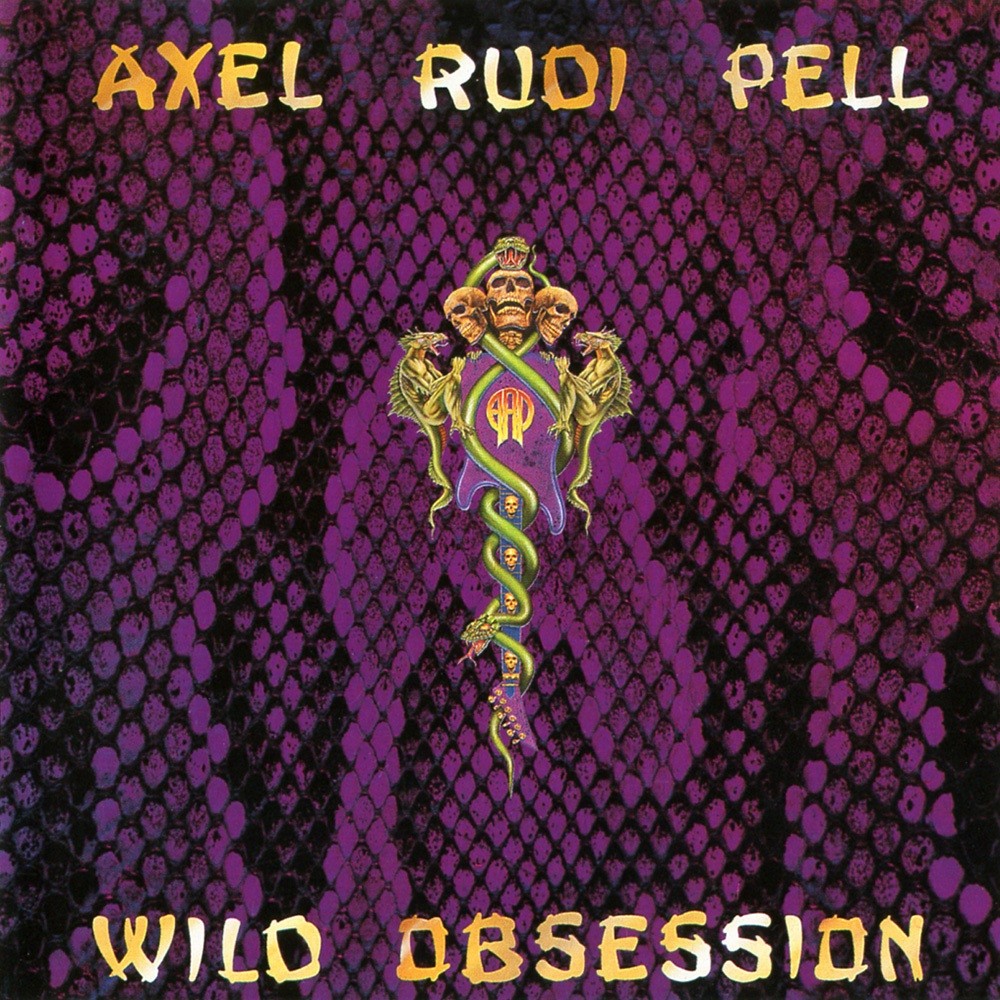 You know what? I've sat here for ages trying to think of how to open this review, and keep coming up blank. So I'm just going to waffle, and whatever I type will do. I wasn't expecting much from Axel Rudi Pell's 'Wild Obsession'. I got into the band (band?) with their 'Oceans of Time' and 'Shadow Zone' albums, and this, their (or his?) debut, didn't really do anything for me when I first heard it, years and years ago.

Note: do I refer to "Axel Rudi Pell" as a band, or as a person? So confusing! Onwards...

Listening to 'Wild Obsession' now, it's not actually that bad. Sure, it's nothing amazing or fancy, and it certainly has 80's rock stamped all over it, but a lot of the songs do have some fairly catchy moments. In fact, for all the 80's cheese and macho fist-pumping anthems, the biggest detriment is probably the guitar playing itself. All of Pell's solos sound the bloody same. Every single one of them. Just a fast flurry of mindless notes that add absolutely nothing to the song.

Still, if you can get past that, there's some alright songs here. 'Cold As Ice', 'Slave of Love', 'Call of the Wild Dogs' and 'Call Her Princess' are all cheese-riddled 80's anthems that are about as cliché as you'd expect. But they're catchy enough that I don't mind listening to them.

Overall, Axel Rudi Pell (the man, the band, whichever), will go on to release some stellar albums in the future, but for the most part, 'Wild Obsession' is a decent enough, though not overly essential, debut.