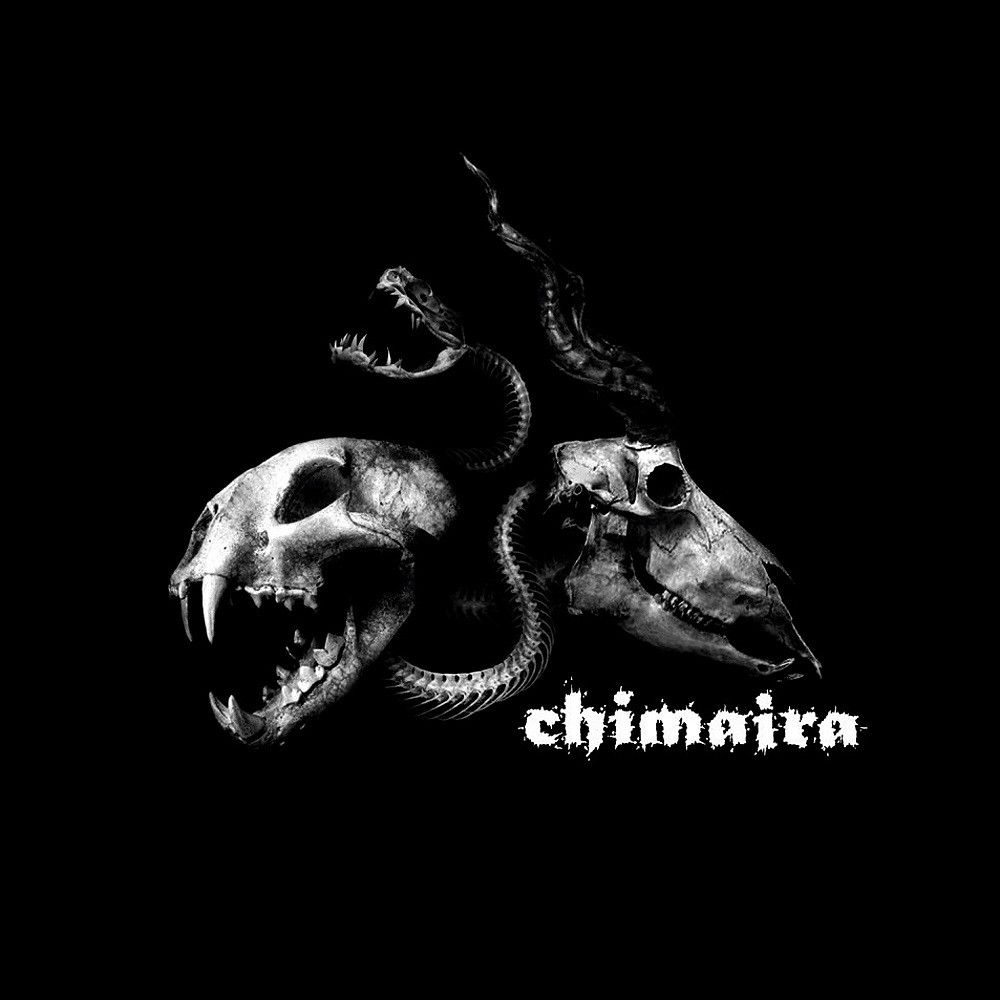 The self-titled third album by Chimaira is quite strong album, though not enough to start fully listening to this band, even though I've heard a couple Chimaira songs before. Listening to his album might be difficult for the first time when the songs keep running into each other, especially the songs in the middle. As a newcomer to Chimaira, I might experience that problem, but I would have get used to it enough for the album to properly reveal itself.

One problem with this album is the lack of diversity in the ideas, which would make you ask, "Haven't I heard this in an earlier track?" Maybe it's because some riffs aren't so unique, neither are the growling vocals of Mark Hunter. However, it seems like enough patience would get them all to shine.

The opening track "Nothing Remains" is the best song in this album. What makes this interesting is the melodic solo section, plus some furious riff-wrath continuing until the end. The chorus is absolutely memorable. None of the other good tracks in the album are as awesome as this one. If you don't like this one, nor will you like any other track here. "Nothing Remains" will surely keep your attention throughout the album. The main riff of "Save Ourselves" that starts at the 40-second mark is a thrashy riff worth headbanging. Next track "Inside the Horror" is much slower than those first two fast aggressive songs, thereby adding some variety. It has the slow groove metal pace of Pantera with extreme vocals and dark lyrical mood. The lyrics are far out of the self-hatred you might find in their previous metalcore album The Impossibility of Reason.

Another one of the best tracks in this album is "Salvation", with melodic guitar work. Next one "Comatose" is filled with extreme aggression and the fast tempo returns after being slowed down in the previous two songs, which is great and continues the interesting variety. A good song but not enough to stand out. Then there's "Left for Dead", another one of the album's best songs. It opens with a clean melodic solo, then the riffs start, leading up to another crushing riff worth headbanging alongside the great vocals that start there. This is another mid-paced song that's still interesting.

Then we have the decent "Everything You Love". New guy on the drums, Kevin Talley shines with his interesting drumming. "Bloodlust" almost sounds like a different song from the rest of the album, with a slow classic heavy metal opening riff before build up into another good song. "Pray for All" has interesting guitars and drums. Then we reach the end of the path with the closing track "Lazarus". This is another one of the most songs here, being a 7 and a half minute epic. This is definitely interesting despite struggling a bit. After an annoyingly weird 20-second intro, in comes the strong riff-wrath and good vocals. This track may be longer than people might expect, but it is a fan favorite which I can totally understand, and it has the mighty originality of the opening track.

Overall, Chimaira's self-titled third album is a strong album that might take some to unravel its true power. It will certainly never disappoint fans of the band, even with the new drummer. There aren't a lot of new ideas, but it's still a solid album with a few initial problems that would soon be eliminated by the repeated listening....

Favorites: "Nothing Remains", "Salvation", "Left for Dead", "Everything You Love", "Lazarus"