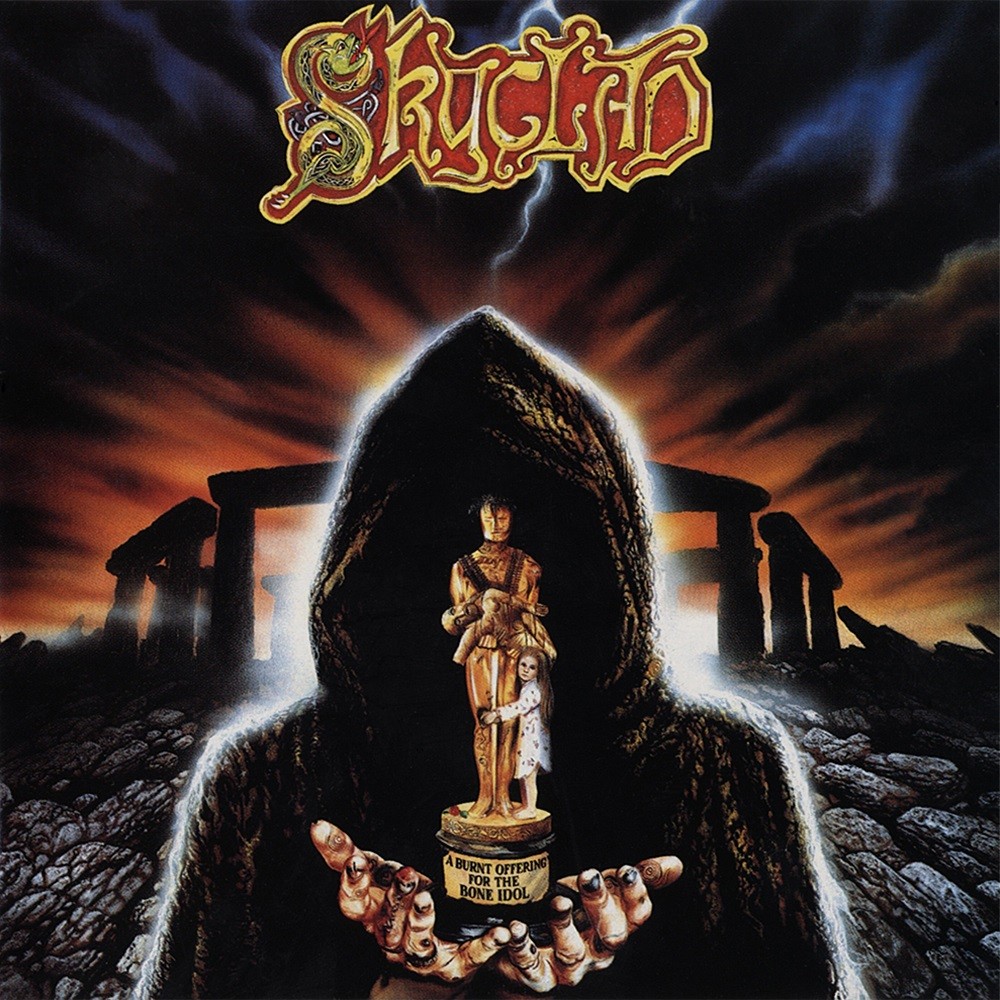 Skyclad’s sophomore album is Folk Metal’s first, utilizing violins, acoustic guitars and medieval-esque riffs to create the unique feel of the genre. Skyclad’s debut was very Thrashy, but this one eschews most of that in favor of highly melodic, slower paced (comparatively) tracks. The vocals remain pretty gruff, however; nothing like the smooth flavor usually associated with these fantasy albums. My favorite tracks are where the faster ones where Thrash roots take stage, like “Salt on the Earth.”

This thing really relies mostly on the gimmick of the violin mirroring the lead guitar in every track. Not that it’s a bad thing; at the time it was pretty much the only band to do this. It definitely creates a more epic, fantasy filled atmosphere than their prior album. Uniqueness aside, I myself prefer the more straightforward Thrash of the debut. Even though most tracks are fantastic quality, there is a liberal use of interludes and weaker tracks in between. Still, this is definitely a must hear for anyone interested in Folk Metal. Respect is always given to the creators.