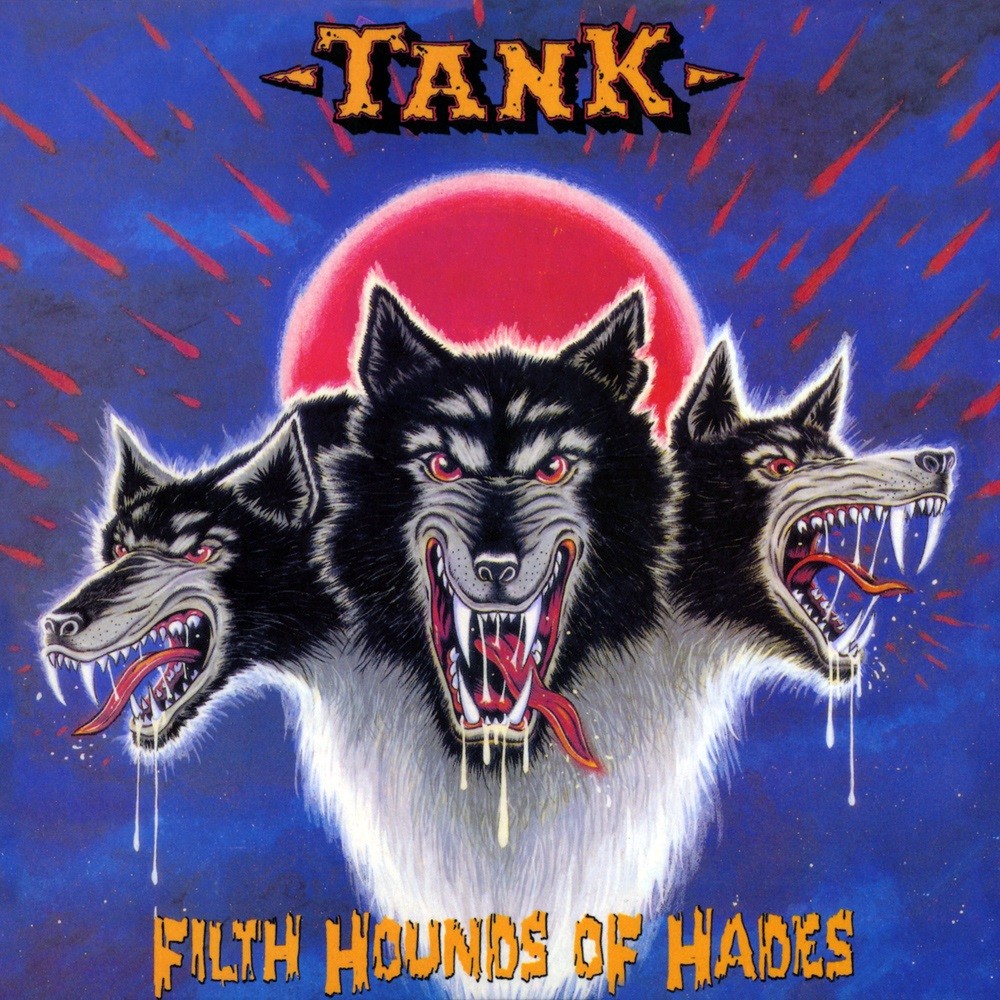 London three-piece NWOBHM outfit Tank first formed in London in 1980 around bass-playing front man Algy Ward. Algy was already a well-established musician having worked with Aussie punk rockers The Saints in a purely instrumental capacity on their classic 1978 album “Eternally Yours” as well as it’s follow-up “Prehistoric Sounds” from later the same year. Even more notably, Algy then played bass on the career-defining third album from legendary London punk rockers The Damned entitled “Machine Gun Etiquette” in 1979 so I would imagine that news of Algy’s first foray into vocal territory would have created quite an interest with not only the hard rock & heavy metal community but the punk rock one as well. And when you first hear the initial results of this venture in 1982's “Filth Hounds Of Hades” album, it’s not hard to see why Tank possessed a not insubstantial crossover appeal because although their sound champions both heavy metal & hard rock in roughly equal portions there's a definite punk rock sensibility about the packaging of Tank’s product.

There’s no room for indulgence or virtuosity here. Tank are all about pedal-to-the-metal speed, raw energy & that elusive live electricity that some bands can never seem to harness in the studio. Algy’s vocal delivery has a bad-assed quality to it that entirely suits Tank’s sound & image too. There’s certainly a hefty dosage of dirty, snotty grime about their sound & you won’t be surprised to hear that Fast Eddie Clarke produced the record & that Motorhead is unquestionably Tank’s primary influence. Eddie’s rough & ready production sees very little care taken to ensure that the riffs & solos are perfectly executed but it really doesn’t seem to matter because much like their idols, Tank’s music is ultimately meant for getting drunk, causing trouble & having a bit of fun. Songs like album closer & live favourite “(I Fell In Love With A) Stormtrooper” certainly aren’t meant to be taken too seriously & I get the distinct feeling that the band couldn’t give a bugger what you think about them anyway. The heavier & more metallic songs definitely have more appeal for me than the rockier numbers here which again shouldn’t surprise anyone & the few songs that I find to be a bit flat are all pretty much straight-up hard rock numbers. There are certainly more hits than misses on “Filth Hounds Of Hades” though with NWOBHM classic “Turn Your Head Around” being probably the most intense & punky number on the album. Many of you may already be familiar with it from the cover version which was included on 1990’s “Better Off Dead” album from German thrash metallers Sodom.

I think most NWOBHM fans will get something out of "Filth Hounds Of Hades". It's a fun & enjoyable listen heavy metal record whose overall appeal far out-weighs the individual performances or the technicalities of the song-writing. Don't we all crave a bit of danger every now & then, though?