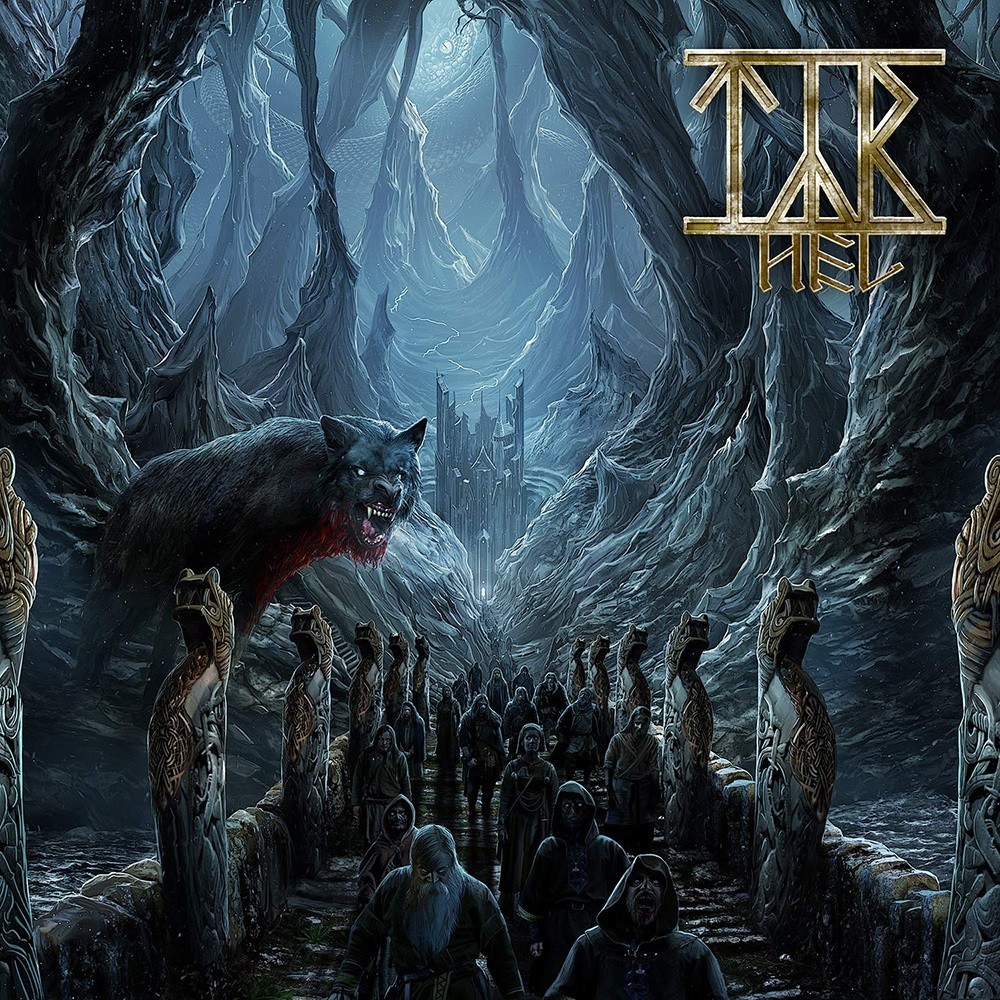 Týr's Hel is my first introduction to the Faroese Progressive Folk Metal band, and while certainly more unique than most Folk Metal bands that are rooted more in Death/Black Metal, they lack a bit of character and spice to keep Hel's 70 minute run time interesting.

Týr forgoes the common warlike, aggressive, and guttural style of most viking/folk metals bands like Ensiferum, Månegarm, and Skálmöld for a cleaner and more melodic sound more focused on composition rather than straight chug or death/black metal riffing. It even sounds symphonic at certain points due to the folk influences, but I wouldn't really call Hel a Folk Metal album; those moments are very few and far between. Being more Progressive Metal focused, the instrumental sections are extremely tight and great sounding, with a more fantastical, celebratory, and victorious sound throughout the album. They use harmonized vocals a lot, almost in every single track, which is a neat touch that sounds good for their style, but it gets tiring after a while especially since the opening track, "Gates of Hel", shows that their lead singer has the pipes to carry some of these sections on his own in an awesome way.

And that's the biggest issue with Hel for me: the length. I love how this band sounds, but after 30 minutes in nothing really stood out to me other than the opening track. They have some good melodies here and there, some memorable riffs and choruses, but nothing exceptional. After a while I forgot that I was technically listening to a Folk Metal album, which is a shame because it felt like they could have cashed out on that feel way more. "Gates of Hel" is the obvious standout, and "Sunset Shore" is the only ballad-like song to break up the recurring tempos and song style. Hel loses its spirit halfway in for me, even though I'll be going back to it to get my Progressive Viking Metal fix. I'll have to check out some of their earlier works, which are apparently more story/theme focused.