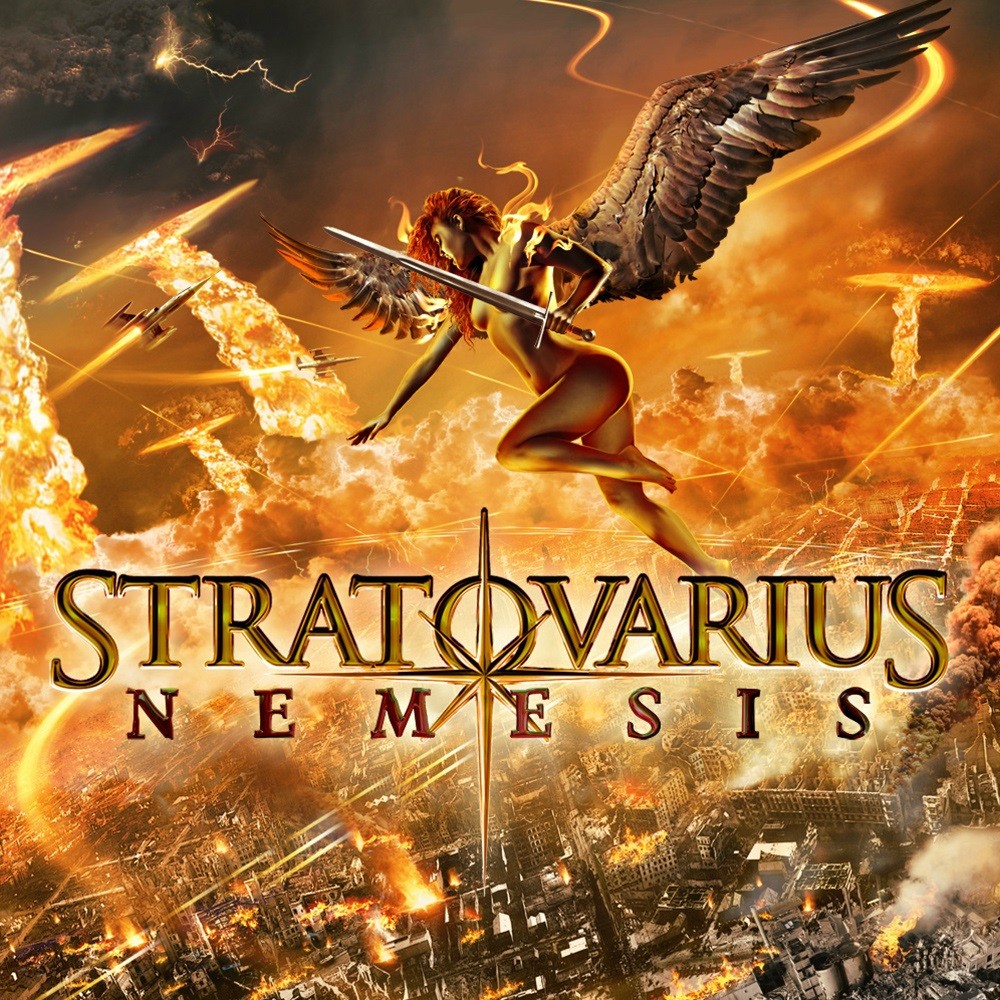 The melodic power metal of Stratovarius is not a style Macca exactly loves.  Now that is not to say that it is without merit or worthy of recognition, given nobody writes songs on the scale of Stratovarius overnight it would be a fool who simply dismissed them for being “too soft” or “one-dimensional”.  One of the main things in Nemesis favour is the consistent energy level present throughout the album.  This isn’t enough to encourage me to land it with a 4 or 5 star rating of course but it is golden thread that weaves through the album as a constant theme.  It feels like a teenage energy, like music created by pubescent youths, full of cheesy lyrics of hope and encouragement backed by widdly guitar solos and soaring keyboards.

This immaturity only carries the album so far though before the lyrics just become an annoyance and the song structures a little too predictable.  Whilst I acknowledge the effort put in to creating most of the album it lacks many memorable elements despite the amount of obvious hooks and chorus lines in there. I think this is due to there being little variety to the tracks; seemingly all following a very safe verse, chorus, repeat and then some keys or a solo (sometimes both) format, tracks soon get tiresome.  Again, it isn’t bad playing or songwriting it’s just very siloed and insular.

If I am honest, by about halfway in I am gone, the music is still playing but I am not tuned in any longer.  I still know what is coming next though such is the predictable nature of the songs and with only the album artwork to hold my attention anymore this over-accessibility to proceedings really starts to grate.