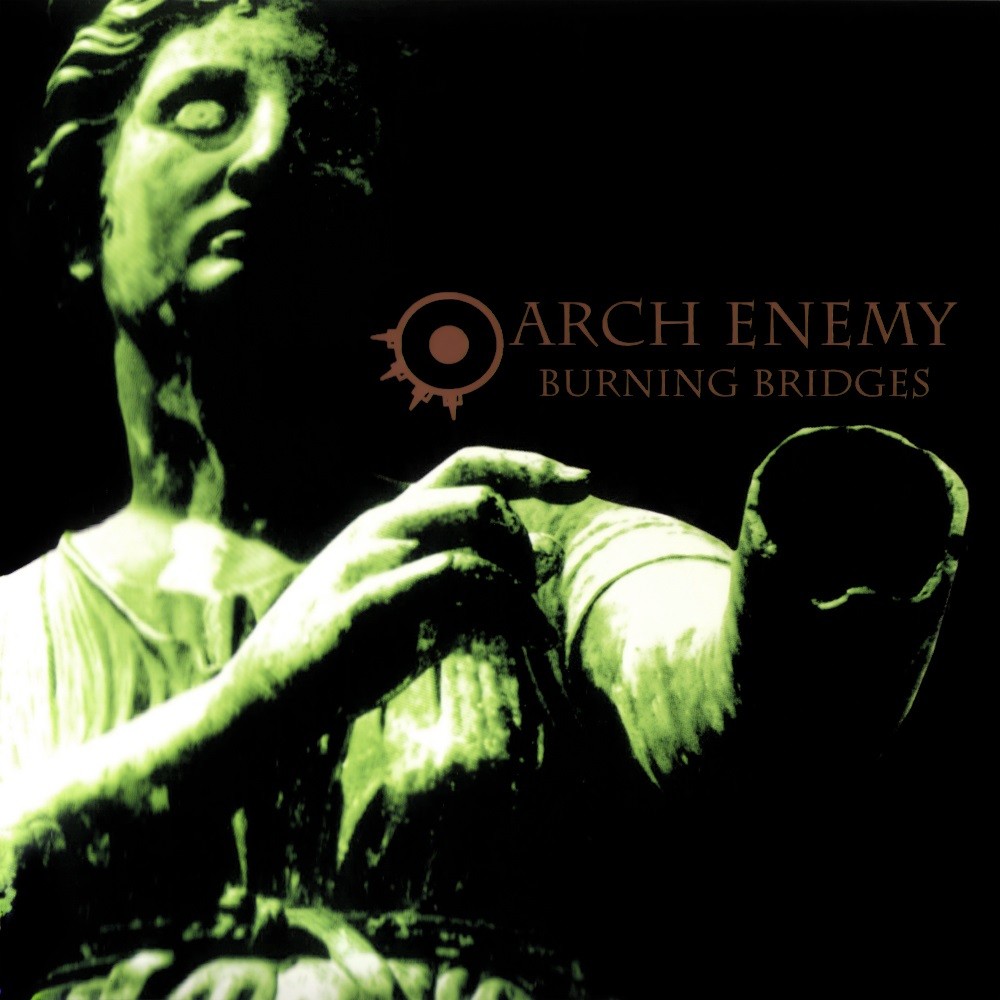 Arch Enemy is one of the more unique melodic death metal bands. After 3 albums with a male growler (this album being the last of that trio), they decided to add something- sorry, someONE unique to melodeath or any other kind of metal, a female growler! Angela Gossow (and later Alissa White-Gluz) have proven that there can be a beast within the beauty. But before that was the Johan Liiva era, and he's quite a good growler himself.

Now what surprises me is the mixed reaction for this album, only a site rating of 3.4 and a clan rating 2.7. The album has massive hooks and great melodies that are out of the world, and it sounds like a tribute to the past instead of a thrashy ripoff. Burning Bridges is an album of aggression and catchiness that has ended the Liiva era in a bang.

"The Immortal" is a classic still occasionally played live and one of many songs from the early era re-recorded in The Root of All Evil. The song has great riffs and leads, along with pummeling rhythm worth raising your horns. "Dead Inside" is nicely intense. "Pilgrim" has furious riffing mixed with a catchy headbanging chorus. The tasteful lead playing continues to fit the tune well.

Look out for "Silverwing" for a perfect deal of melody! It is the most melodic song in the album and an anthem worth showing any non-metal friend to prove that metal is more than just screaming. The intro of "Demonic Science" makes you crank up the volume for a small earthquake in your house and rip apart the walls like a scratching post.

The riff that opens "Seed of Hate" is awesome work by Christopher Amott, brother of Michael, and the awesomeness goes on through the rest of the song. Anyone who likes guitar riffing should listen to that. Next song "Angelclaw" is very melodic, hinting at their later melodic approach. The fast-paced riffing is very clean. The weak part is the title track that replaces the melody with full-on out-of place death-doom. Its lyrics are lame, and an epic ending is cut by a vinyl scratch. They really burnt their bridges there...

However, that little experiment doesn't ruin the perfection of the rest of the album. Burning Bridges is the best Arch Enemy album in my opinion, and a great starting point despite ending an era. It's one of the best melodeath albums during my earlier epic metal era. Reading this review doesn't do it justice, but listening to this album does!