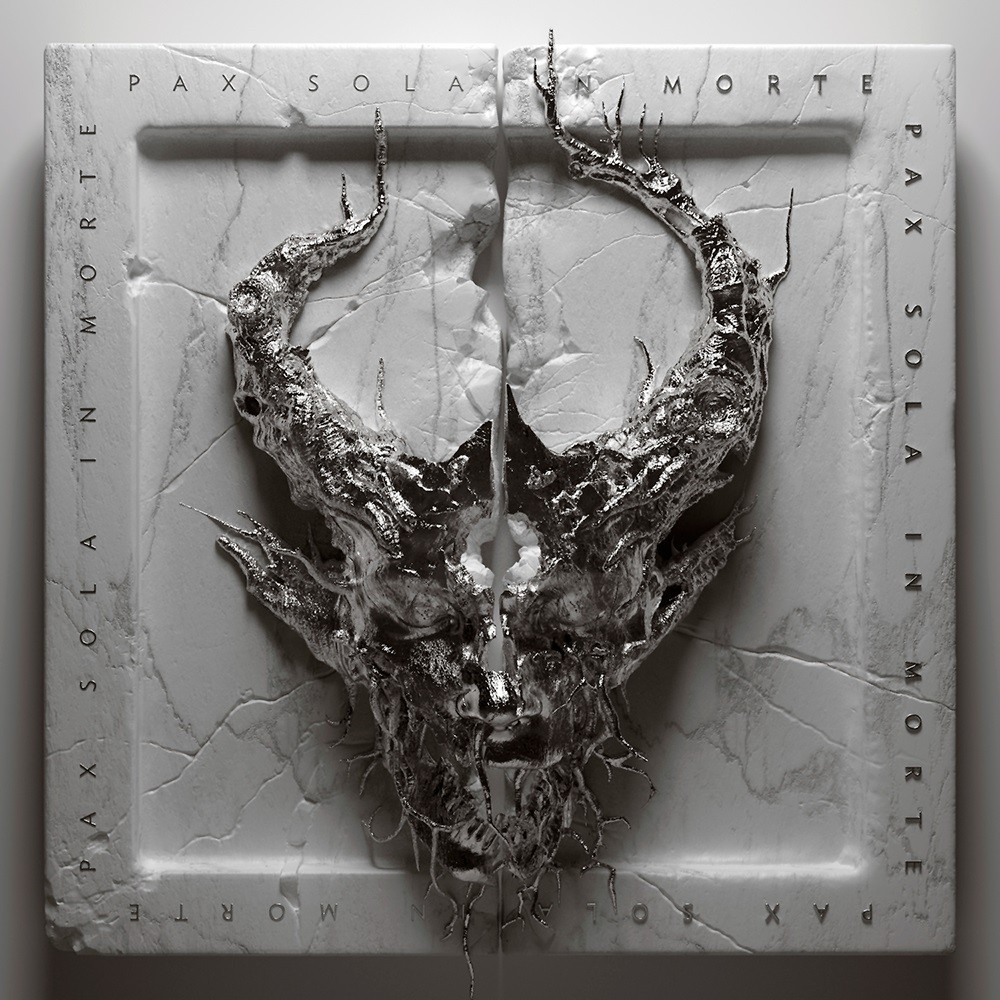 Once again, Demon Hunter has made an impressive 20-year 10-album history. What appeals to listeners is, while some songs have screaming/growling vocals, at least one song in each album focuses completely on clean singing, so that listeners who don't like rough vocals can find a song in each album that doesn't have any roughness. Those listeners would be lucky in albums Extremist, Outlive, and Peace (this one!).

Peace is the other side of Demon Hunter's recent 2-album concept War and Peace, totaling 20 tracks in the entire set (22 in the special versions). Peace is the softer, more melodic side of the duo, and let me just say that I actually like rough vocals in metal. So don't expect me to give a super thumbs-up to this album.

The opener, "More Than Bones" is a nice kick-off, being a well-paced tune that gives you a good rock anthem punch. The lyrics are about God's promise of salvation and the idea of continuing life after death. Then the album ventures into the less memorable "I Don't Believe You". Decent song, but not as varied as the band's past. In "Loneliness", there are times when just when it sounds like there's gonna be screaming vocals or even a breakdown, it doesn't happen! However, it's nice when the song focuses on Ryan Clark's clean vocals. I'm surprised that Peace has its own title track but War doesn't. Either way, the title track shows the band's great typical composition. It flows nicely through a catchy chorus and nice bridge. Easily a highlight!

Demon Hunter has really experimented in new things, like "When the Devil Come" being a well-designed Western-like theme similar to Johnny Cash. It can be hard getting that chorus out of your mind. "Time Only Takes" is personally a timeless melodic Demon Hunter classic. "Two Ways" is closer to hard rock while leaning towards metal.

"Recuse Myself" is a song that would fit well in Ryan's electronic side-project NYVES, as a distinct synth-focused track. "Bet My Life" is probably one of the heaviest songs in the instrumentation of this softer melodic album. The album closes with maybe the best ballad Demon Hunter has done in a long time, "Fear is Not My Guide", sounding a bit familiar in vibe to one of those overrated hit ballads by Queensryche.

If you only have the money to buy one of the two new Demon Hunter albums, which one would you choose? I would personally recommend War, not only because it's heavier but also because it's more musically balanced and memorable. Peace would fit better as part of the War and Peace set rather than on its own. Despite its flaws and lighter sound, Peace still has a few stellar tunes that any Demon Hunter fan can enjoy. Not their best album but certainly a good one to please fans of Demon Hunter and hard rock. As for the heavier fans, I suggest listening to this album after War. Well, that's all the Demon Hunter albums for me to review for now! Peace out....