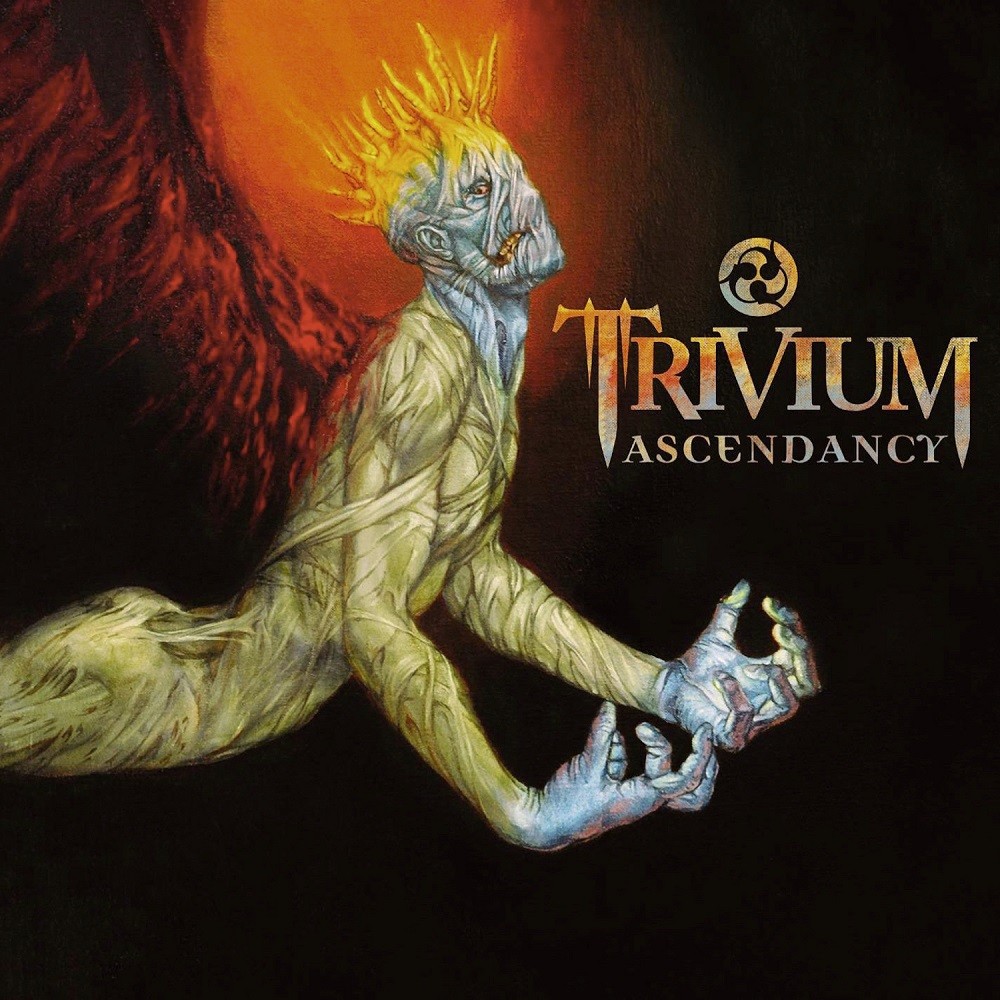 These guys once again show their stunning talent in this astonishing masterpiece that reaches higher levels than they ever thought possible. I can totally understand how successful and brilliant this album is, noticing some of the biggest highlights of the band's career. They really know how to kick their modern metalcore music into high gear.

Once again starting the album with a short intro, “The End of Everything” is a beautiful start-off with subtle keyboards and acoustic guitar parts. Then the first actual song “Rain” kicks off the metal action in a vicious bang, setting a feverish pace maintained throughout this album. Next is “Pull Harder on the Strings of Your Martyr,” one of Trivium's most popular songs, displaying their diversity. It’s loaded with as much brutality and speed as melody. "Drowned And Torn Asunder" is another diverse song mixing huge harmonies and sheer melodies with out-of-control tempos and ripping guitar work.

The title track delivers a healthy dose of melodic death metal influence of early In Flames material with an unbreakable combination of masterful guitar work and melodic overtones. The solo displays a good heap of technicality. "A Gunshot To The Head Of Trepidation" unleashes a pummeling double bass drum rhythm leading into a ferocious verse and a pre-chorus decimating break.

“Like Light to the Flies” is yet another classic, and one of my personal favorite songs in the album, once again showing how good this band can possibly be. I wish I have my own iPod so I can listen to this song anytime, anywhere. “Dying In Your Arms” is a slower, shorter, catcher, and more harmonious song, but still as powerful as they’ve made. It should please a wide variety of people, whether or not they're metalheads. This song is followed by “The Deceived,” another work of art with pace and overall tone that can make you stand back in awe.

"Suffocating Sight" once again contains tight riffs and a venomous combination of abrasive growls and harmonizing clean vocals. Then it carries the tune to another level before closing things off. ‘Departure’ shows some good texture, great backing vocals in the chorus, and a brutal crescendo. This track would come off well as a radio single if it didn't include that much chaos.

The epic of this record is ‘Declaration’, the album’s 7-minute final track. Intense harmonies, lightning-fast beats and solid grooves mingle together to form a driving wall of sound, basically everything metal fans can surely enjoy. The vocals range from deep growls to higher clean vocals that will strike through the heart of any metal listener.

This album establishes Trivium as one of the best modern metal bands in the world, and has elevated them to gigantic heights and greater fame. It had made them get bigger than ever before. If there are any metalheads that don't have this album in their collection, they really should. This may be considered the perfect Trivium album, but in my opinion, the only album to top it off is In Waves, yet another album to talk about in a later review. But still, congrats to Trivium for Ascendancy being a complete success!

Favorites: Rain, Pull Harder on the Strings of Your Martyr, Ascendancy, Like Light to the Flies, The Deceived, Departure, Declaration