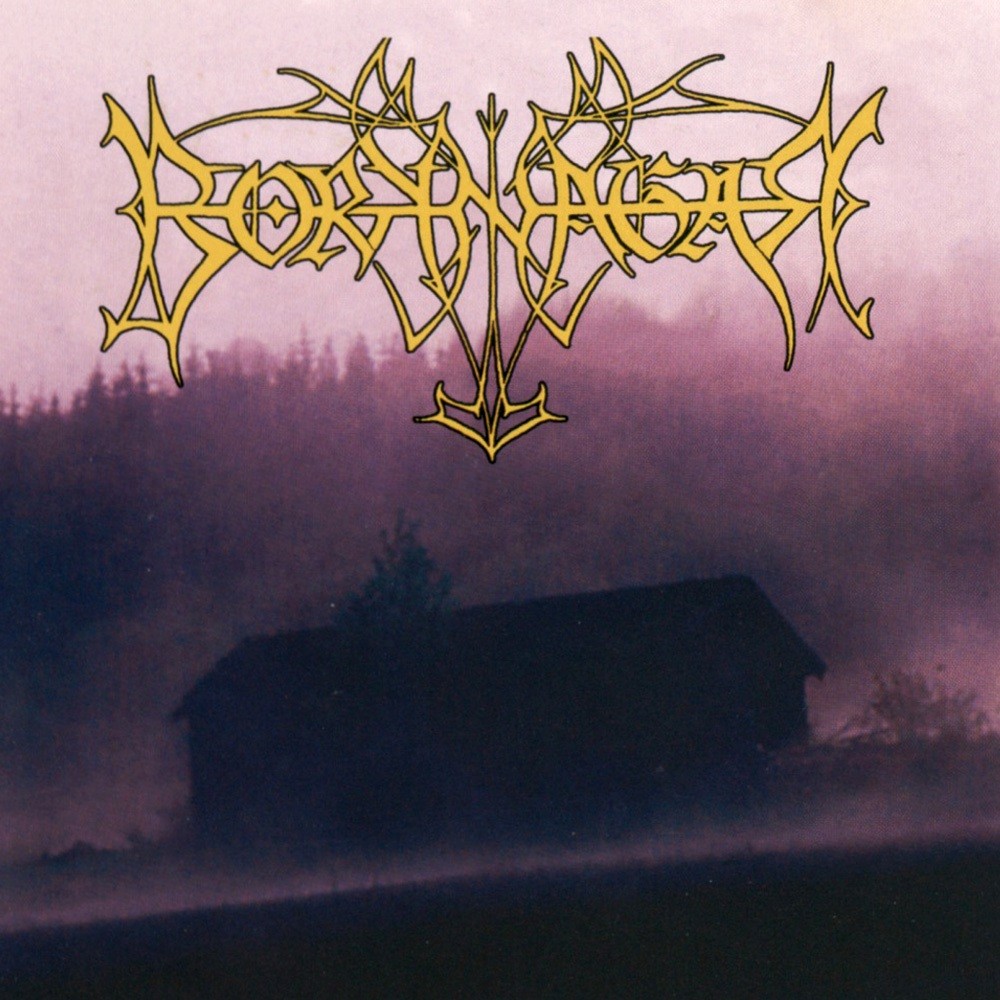 How many times have we heard the dreaded term "supergroup" over the years? So often when that word is thrown around the result ends up being entirely underwhelming. It's as though the individuals involved figure it really doesn't matter what they release as it will sell regardless. Sadly, it normally does! Borknagar are a perfect example of when a "supergroup" really puts the effort in and creates something truly special. Any band containing Garm on vocals (Ulver), Infernus on bass (Gorgoroth), Grim on drums (Immortal) and Ivar Bjørnson on keyboards (Enslaved) sure has a lot to live up to and this debut doesn't disappoint in the slightest. But I think there's one particular reason why this band is so much more than just a side project and that's Øystein G. Brun. While he'd previously performed for death metal band Molested, Borknagar is his pride and joy. He's the man behind the band name (which is based on a myth about a man who climbed a mountain in Scotland) and really, the man behind the band itself.

The band would on later albums move into more progressive metal realms, but on this debut, they perform raw Viking influenced black metal. When I say raw, I'm not talking about Darkthrone minimalism here. It's an extremely intense production where everything seems to be turned up to the max. Garm's vocals are seriously throat ripping, Grim's drumming forcefully brutal and Øystein's riffs are heavily distorted throughout, yet somehow despite such a monstrous sound, everything is clearly audible independently. It's particularly surprising that the bass and keyboards get a look in at all, but their presence is felt at just about all times. Speaking of keyboards, I always assumed that Ivar Bjørnson was contributing guitars to Borknagar as well as the symphonic aspects buy my research tells me that's not the case. His keyboard work here is brilliant though in that it never takes centre stage but always adds dramatically to the atmosphere of the album.

Borknagar only contains five full black metal tracks. All are lengthy and contain stacks of beautiful musicianship and passion galore. The riffs and acoustic passages are what give the album its Viking flavour and while that term is thrown around too much in metal these days, I really do get a sense of battles from a distant past when listening to this. Garm's vocals are more consistently aggressive than on Ulver's Bergtatt debut but he still adds his wonderful clean vocals to proceedings with great success. He really is one of the very great vocalists in the world of metal in my opinion. The other five tracks are instrumentals of varying styles, but instead of merely filling the gaps between the meatier compositions, these are fascinating and beautiful. Ranging from purely electronic to purely acoustic, they make for a varied, captivating listen and give more presence to the surrounding black metal.

Borknagar's debut is an album that I feel deserves more praise than it receives. It's not merely the pure black metal album that they created before expanding their influences. It's the best release in their discography! Anyone into black metal and particularly those that enjoy the more Viking themed entities should track this down immediately. I won't bother mentioning highlight tracks as they are all awesome!

Seeing this album come up for feature this month immediately took me back to my wranglings with their sophomore release (and gateway record into the band) The Olden Domain and how I had to work hard to come to terms with Maelstrom’s vocals. Had I realised that on the debut they had a completely different – and much more appealing style of – vocalist then coming to that sophomore release after this would have been even more of a challenge.

Like the follow up, Borknagar’s debut album is a richly rewarding experience albeit the appeal with the debut is more immediate for me. A mix of melodic Viking and black metal that retains a rawness to it that does not intend to alienate as does the sound of other black metal bands of the time. This retention of authenticity in terms of the movement that started the whole second wave sound is key to my enjoyment of the album, just as is the more melodic leanings of the music also.

Having amassed the collection of famous names we all know by now, Brun’s determination to move beyond the brutality of his death metal roots was destined for success. Whilst not all the musicianship is perfect by any means it is a well-executed album still. Full of variety in terms of instrumental interludes that hold the attention and add a lush depth to proceedings without distracting from the more intense black metal sounding tracks that are spread over the album.

With me slowly developing issue with Viking metal over recent years (Bathory’s efforts being of challenge nowadays) I find the aggressive take here quite refreshing and much more cohesive; even in the cleaner vocal sections the tracks still retain real heart. This successful marriage of the epic with the baser credentials of black metal and the earthy acoustics of the instrumental passages needs acknowledging even if not all of it is top-drawer musicianship (Grimskalle Trell needed re-recording surely). The production job plays no small part in the victory of the album. I cannot recall many albums that blends these sounds as well allowing all elements to breath so easily without continuously sounding like they conflict with each other.

No question if I had heard this album first, I might never have been able to get my head round the future sound of Borknagar as they went off into more progressive leanings. As the album draws to a close each time I listen I find I just want to put it straight back on or dive off into the discographies of the various artists involved. As such Borknagar’s debut is a real gateway album to the wider scene.