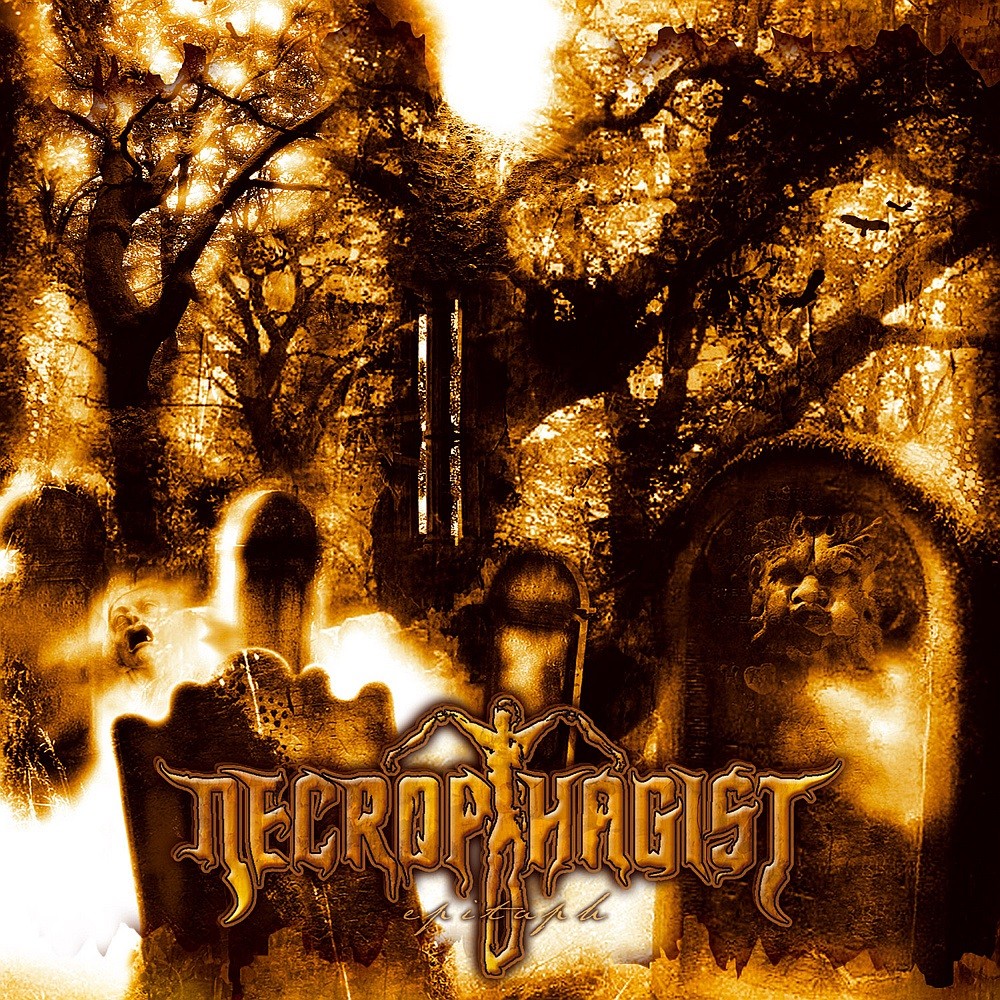 The wonderful blooping leads of Muhammed Suiçmez and Christian Münzner are a joy to behold on Epitaph, they act like some melodic palate cleanser to the stringent structures of the technical death metal that dominates the album with an almost military like presence. This presence is more NATO than hostile invaders though as I find much of the uniformity of Epitaph to be quite pleasing and almost gentle.

The riffs are almost like a melodic technical death metal in origin, and they seem to bounce off the drums and bass as they support them. The pacing of the drums is superb throughout the album also, with tracks like the title track showing the versatility of Hannes Grossmann brilliantly. His drumming acts almost as a buffer to those urgent and racing riffs.

What also strikes me about Necrophagist’s sophomore is how comfortable a listen it is in terms of individual track and overall album length at the same time. With the longest track being at five minutes there is no sense of bloated technicality on show here. Instead tracks stick around just long enough to showcase the talent on show and then it is off to the next track. All too often on technical death metal albums I find a bit of clock watching going on and having to fight the temptation to hit the skip button, however there are no such impatient impulses here. This is largely due to the time relief that is applied but also because the song writing is genuinely interesting. I cannot help but be transfixed by the penultimate track Seven and its catchy riffing and mechanical rhythms that breath organically alongside one another superbly.

Despite being more than familiar with Epitaph I was surprised to see that I did not even have a copy stored in my stream subscription (now rectified). Considering the mastery on show here it is a shame the band went their separate ways after this as there was so much promise still left to be fulfilled. However, talk about going out on a high note.