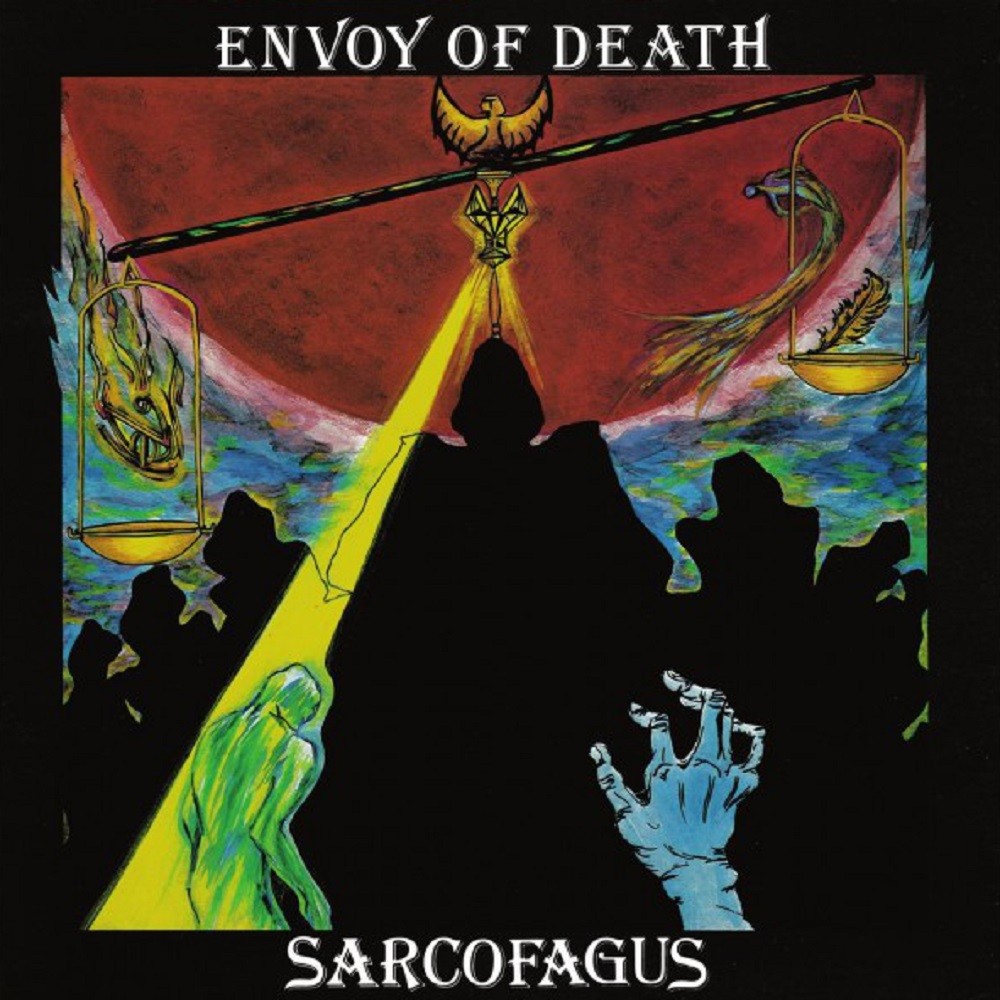 "Cycle Of Life", the 1980 debut album from Finnish heavy metallers Sarcofagus, included some very interesting concepts however the production & execution simply weren’t professional enough to pull it all together. The band couldn’t be accused of resting on their laurels though as a follow-up release would see the light of day only months later in December 1980.

“Cycle Of Life” sat somewhere between heavy metal, hard rock & progressive rock. In fact, I'm possibly the only punter you'll find that claimed it to be a legitimate progressive metal release. But “Envoy Of Death” is definitely more focused than its older sibling & it's also more metal. The riffs quite often remind me of “Sad Wings Of Destiny” period Judas Priest. There’s really only one song that is clearly not metal & it just so happens that progressive rocker “Wheels Of Destruction” is the album highlight too. The production job is again sub-par though & I can’t stress enough just how much this band needed an experienced producer.

Kimmo Kuusniemi's vocals were very poor on the debut but this time there’s a marked improvement while the lyrics are generally very dark & include subject matters such as death & suicide. Instrumentally, Kimmo's rhythm guitars sound pretty bassy & fuzzy & he regularly uses his wah pedal as a filter during his solos so as to ensure that the solos are as over the top as possible. The rhythm section are much more restrained than they were on the debut where they went down a much more expansive jazz/fusion route but there's still a pretty obvious progressive rock influence here. It may not be as pronounced as it was on the debut but that's not to say that there's not some interesting stuff going on such as the regular use of organ to great effect.

While it may not be as experimental as “Cycle Of Life”, Sarcofagus aren't completely done with experimentation. In fact, the final epic track "Black Contract" seems to have had a noticeable influence on the early 90's Scandinavian black metal scene. I have to admit that I slightly favour “Cycle Of Life” over this one but Sarcofagus weren’t really my thing to be honest.