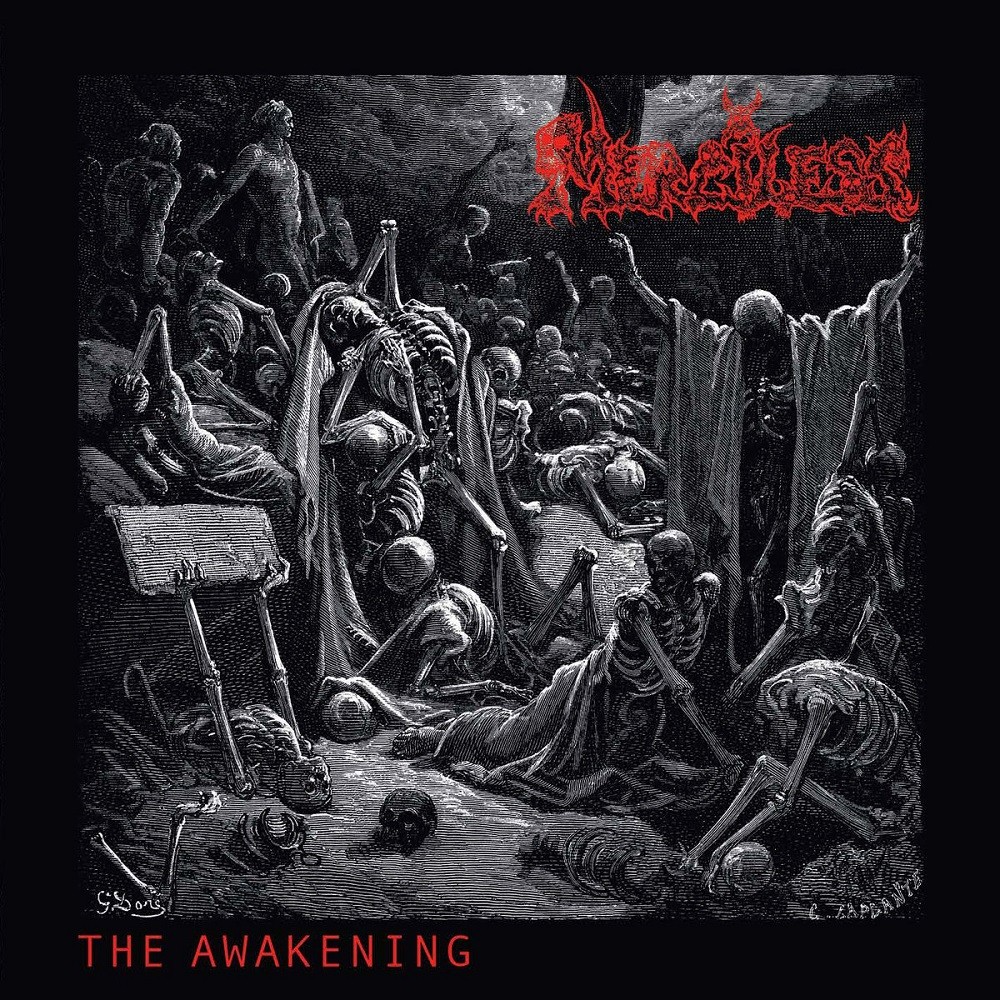 More death/thrash than all out, standalone thrash metal, Sweden's Merciless managed an initial eight years together before breaking up in 1994.  Although fully reformed in 1999, the best of their output to date is their 1990 offering The Awakening.  It isn't a bad effort by any means but it lacks any real depth to the sound.  The drums come across as a little too tappy or at times completely lost in the mix.  The guitars sound like they are not mastered and the slightly repetitive edge to the riffing doesn't create any real sparks.

Vocally, it is a grim and dank affair in terms of the style employed which actually gives things a slightly blackened edge and it the vocals that stand out more than anything else on the record.  The bass is largely lost unfortunately and I think this might be what gives proceedings that sterile sound overall.  On some levels this works as this particular blend of metal requires this format in order to maintain that lurking and murky presence.  The problem here is that it remains largely unmemorable and instantly forgettable as an album.

Tracks tend to blur into one over the course of the whole album, which is only twenty-six minutes in length so is no real showstopper but it somehow makes it feel like it goes on for longer and the lack of any real sonics or lead work just makes things feel a bit dull overall.  The vocals save it to some degree but the lack of any real traction from the other moving parts makes this a bit hard to stomach for me.