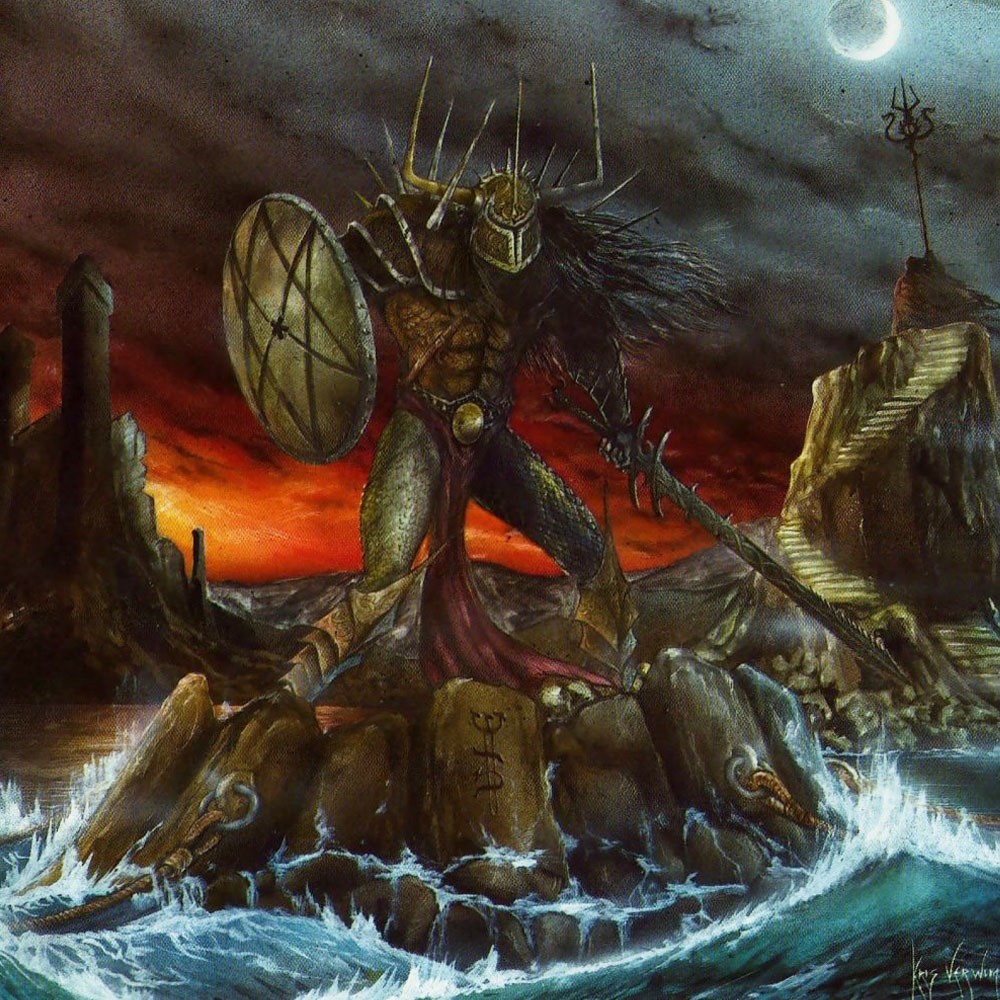 An inconsistent mix of black and thrash metal that's certainly unique yet not always successful.

The Sun of Tiphareth was the first Absu album I experienced. I purchased it back in 1995 in a time when there was no chance to download and try music before you bought it. I plucked it off the shelf and thought the album cover was incredibly cool. It really appealed to my teenage imagination and I was intrigued to see whether the music within came even close to the spectacular scenery withheld in the artwork. The answer to that question isn't a very straight forward one, as I've had mixed feelings about this release from the first listen right through to today.

Absu were really the first successful US black metal band and this was the album that put them on the map. I admit I haven't heard much of their debut Barathrum: V.I.T.R.I.O.L., but from what I''ve heard and read, I'm not missing out on much. When it comes to The Sun of Tiphareth, inconsistency is the first word that comes to my mind. Throughout just about every track on the album there are sections that really work for me and there are others that are grimacingly average. For every excellent shredding riff or atmospheric acoustic section, there's an average, unmoving part or a rather ill-advised injection of creativity. I'm not at all against experimentation and creativity, but Absu don't quite pull it off here and I can't help wishing they'd stuck to the appealing mix of black and thrash metal that they would eventually become famous for.

There are three separate vocalists utilized on the album and yet only one of them is really very good. Proscriptor's raspy black metal shrieks are generally excellent and yet he occasionally performs embarassing Judas Priest like squeals that are extremely off putting. Shaftiel's black metal vocals are less successful and thankfully he doesn't perform them all that often. The female vocalist (whoever she is) is the one I have the most issue with. She all but destroys both Apzu and A Quest Into the 77th Novel in a perfect example of the band going into excess. The best track on the album is without a doubt The Coming of War, which just happens to be a cover of a track originally performed by the relatively unknown Morbid Scream. It's a far more focused track than the majority of the album and displays how good Absu can be when they do what they do best.

Obviously, I find The Sun of Tiphareth to be a frustrating experience. But for some reason I've always wanted to like it! Maybe it's all just connected to the day I handed over the cash and rushed home with such excitement. Or maybe it's more to do with the enjoyable parts of the album that remain stamped into my subconscious, drawing me back to it over and over, only to be somewhat disappointed all over again. If anything, Absu deserve credit for always doing their own thing, and I won't be too harsh with my rating for the sole reason that this doesn't sound at all like any other band.