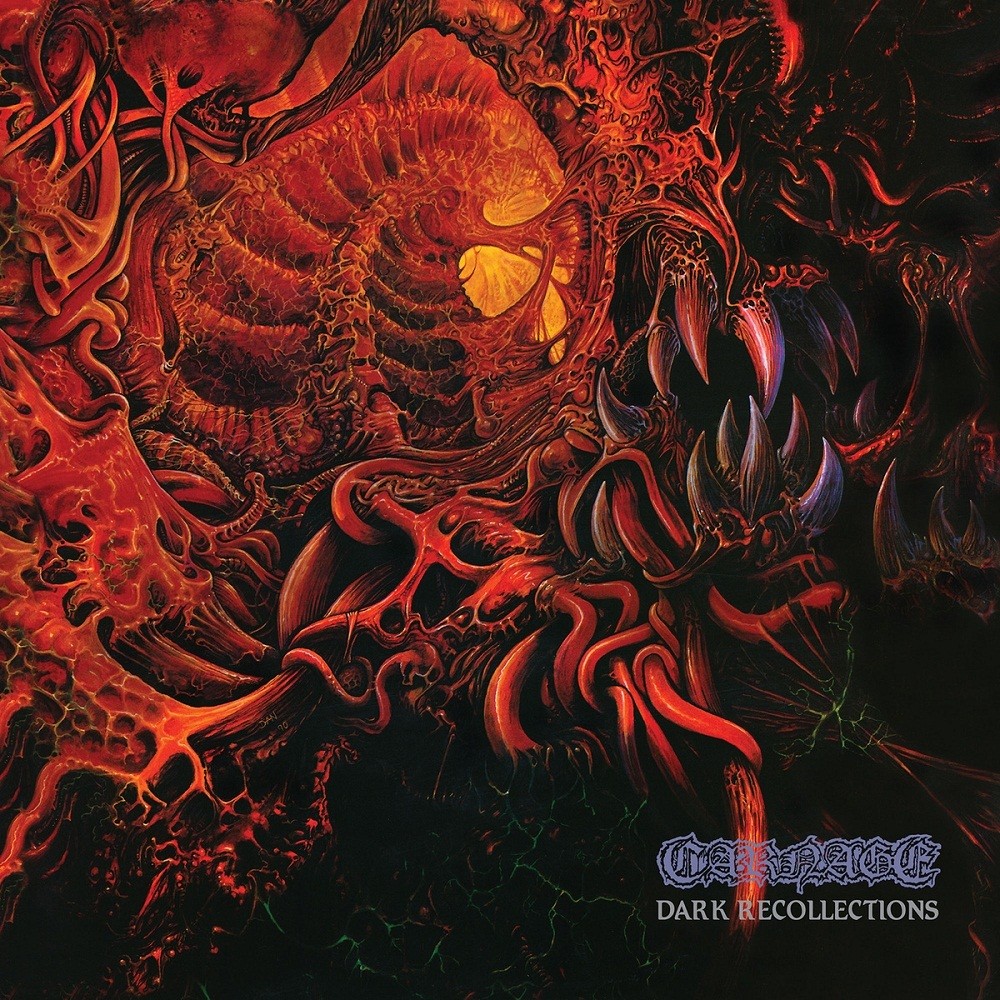 OK, surprise, surprise Carnage are another death metal band whose existence I was completely oblivious to. It appears these Swedes had quite a short run, the band being formed by several members of Dismember who were joined by Michael Amott, future Arch Enemy mainman, originally playing grindcore. By the time of the release of their sole full-length, Dark Recollections, in March of 1990, they had lost their grindcore beginnings and produced an album of pretty lethal, out-and-out death metal. Now I have insufficient knowledge of the minutiae of death metal as to the differences between, say, the Floridian scene and the burgeoning Swedish scene (if someone could enlighten me then please do), but I can only assume this played a significant part in the latter (along with Entombed's imminent Left Hand Path debut album).

I love the guitar tone here, it's down and dirty enough but still has plenty of bite and the bass fortifies the sound as it seems to be prominently placed in the mix. Fred Estby's drum work, whilst being quite straightforward, is exceedingly effective and vocalist Matti Kärki has a great line in earnest bellowing. I have seen a number of complaints that this is merely generic death metal. Well, I disagree. There are some really nice riffs here and the lead work is rough but energetic, but more importantly, how can a death metal album that is one of the early examples, particularly of the Swedish scene, be generic? Surely the later albums these commentators are basing this judgement on are the generic ones.

It is becoming increasingly obvious that I am much better disposed to early death metal than the later, more technical or dissonant stuff that garners so much praise and this is a great example of youthful exuberance (the musicians were all in their teens still) made manifest. Sure it doesn't have the really memorable tracks of an Altars of Madness or any of the other releases from the big noises in the death metal scene of the time, but it does brutalise and batter with a relentless onslaught of dark and violent metal. And there is nothing at all wrong with that.

Carnage contained Matti Karki (vocalist of Dismember), David Blomqvist (guitarist from Dismember) and Fred Estby (drummer from Dismember), so it's not all that surprising that Carnage sounds an awful lot like Dismember. When you add in the fact that the fourth member of the band was Michael Amott (on bass and guitar) from both Carcass and Arch Enemy infamy and you'd assume this album would be an absolute certainty for classic status. But while it's a decent example of early Swedish death metal, I can't say that Dark Recollections is as entertaining as albums from Entombed, Dismember, Unleashed or Grave, all of which came out around this time.

There are just not enough catchy hooks or crushing sections to get me coming back for more. The production is perfectly adequate, and they nailed the guitar and drum sound, but Dark Recollections just doesn't do enough to make it essential in my opinion. It's a little difficult to pick highlights as not many tracks stand out, but I do enjoy Gentle Exhuming (you gotta love that title), Blasphemies of the Flesh and the title track. Plus, the cover artwork is cool (by Dan Seagrave of course!!!).