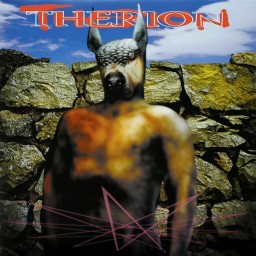 Therion began their journey as a band as a confused Death Metal band in 1991 with their release of Of Darkness... and proceeded to add more and more non-Death Metal elements as their music progressed into the mid 90's. By 1995's Lepaca Kliffoth the idea of a symphonic driven Metal album was looming on the horizon, with that album being a notorious blend of different Metal genres that culminated in a rather perplexing package. Therion was searching for some kind of identity and it was clear that their older Death Metal approach wasn't what they were looking for, so it was only a matter of time until they decided to double down on the Symphonic and Progressive elements that were beginning to let them emerge from the plethora of Death Metal bands at the time. Theli is the result of that and, as someone who grew up listening to Nightwish, Avantasia, and a bit of Epica, it's an entirely different experience than I'm used to. Symphonic Metal as I knew it was mainly Power Metal influenced with a fixation on the operatic talents of the lead vocalist and Therion offered something entirely different a year before Nightwish would enter the scene. Their take on Symphonic Metal was darker, more aggressive, and had this intriguing Gothic atmosphere to it that, for the most part, doesn't exist in modern Symphonic Metal even though this album is hallmarked as being one of the first and most influential use of orchestration in Metal.

New sub-genres of Metal tend to vary wildly depending on the history behind the band, so it's no surprise that Therion's take on Symphonic Metal was much different than that of Nightwish or Rhapsody. They already had 4 more Death Metal focused albums under their belt by the time Theli was released, easing into the over the top theatrics rather than jumping in straight away. There's a sort of maturity present in Theli, like the band had finally cracked the code in what they wanted their music to sound like over the past 5 years. The riffs have a darker tone as they gallop along during "To Mega Therion" and "In The Desert Of Set" and chug deeply during "Opus Eclipse", drawing ever so slightly from their previous Death Metal background. The ability to use this heavier tone and style alongside the orchestration and operatic vocals gives Theli this eerie and mysterious quality that other Symphonic Metal bands fail to capture. "The Invocation Of Naamah" is the prime example of this, with its opening riff and vocals being more aggressive and grim than the rest of the album. While the more progressive sounding chugs and riffs add a much needed darker dimension, they can come off as a bit bland and plodding during the verses of "Nightside Of Eden" and most of "The Siren Of The Woods", although the Metal aspect of Therion is supposed to take a backseat on that track.

The atmosphere created on Theli due to all the aspects listed before is unmistakable though, with somber and Gothic themes coming through in a way that can be hit or miss depending on the track. Most of the vocals are either sung by a male or female choir, with very few lead vocals whatsoever. This helps to create a ton of atmosphere for their sinister riffs and orchestration, but also makes some parts a bit flat and lifeless. "In The Desert Of Set" and "Nightside Of Eden" do a great job of balancing the choir with either extremely Gothic sounding or powerful yelled lead vocals, but this contrast isn't present on many of the other tracks. The contrast between Metal and orchestra is masterfully done though, with Therion composing some fantastically over the top sections in "To Mega Therion", "Cults Of The Shadow", and "Grand Finale / Postludium". Symphonic Metal always boils down to being a balancing act between these two opposing forces, and the more you can get them to act as one united element the better it's going to sound. Many Symphonic Metal bands trade the spotlight between orchestral and Metal passages and while the two certainly exist together in the same song, they rarely feel truly united in what they're doing. Although Therion may not have the most exciting orchestration compared to Symphonic Metal classics like "Ghost Love Score", they may have had the most cohesive and focused approach to writing orchestral parts to accompany their Metal base without it feeling needlessly injected. From the choirs, to the strings, to the piano, to every instrument in between, the consistency of the Gothic and brooding atmosphere is impressively done, even if it is a bit redundant on the first half of the album.

For as many elements that Therion got right with their dive into a fully Symphonic Metal album, it's somewhat apparent that they had one or two great ideas and decided to lengthen them out across the 10 tracks on Theli. "To Mega Therion" is the obvious fan favorite, but "Cults Of The Shadow", "In The Desert Of Set", and "Nightside Of Eden" start to become eerily similar after a few listens. There are still exciting and unique aspects to each song as Therion explores the different ideas they could draw out of the orchestra and choir, but I can't help but call some of the songs redundant after a while. "The Siren Of The Woods" offers a much needed respite with its softer sound, allowing the orchestra to be utilized in a different way as it crescendos over acoustic guitars and mournful vocalists. Therion's ability to write meaningful climaxes also comes out in full force here, with the Metal guitar tones barreling in to amazing effect halfway through the song. While the intro, interlude, and postlude tracks may be a bit overdone considering the album is already lacking some variety, I think they do a great job of setting up the more important tracks in the album as well as capping it off in spectacular fashion, with "Grand Finale / Postludium" sounding like some sort of twisted Gothic spy movie.

Although slightly redundant and lacking a bit of energy in a few places, Theli shows what can be done with consistent and focused songwriting right at the beginning of the Symphonic Metal sub-genre. Therion are able to create a dark and corrupt theatrical atmosphere that embraces the darker and more extreme side of Metal since it comes from a Death Metal base, which is unique in of itself even to this day. Very few Symphonic Metal bands are pushing the envelope in terms of heaviness, most banking on commercial success through talented vocalists and gimmicky use of orchestra to bolster generic and boring songwriting, so Therion's style was undoubtedly refreshing when I first heard it. There's so much potential in a sub-genre like this and I don't think Therion fully realized that potential here, but their use of heavier Metal mixed with a symphonic backdrop is much more alluring to me than the typical modern Symphonic Metal that is released today. 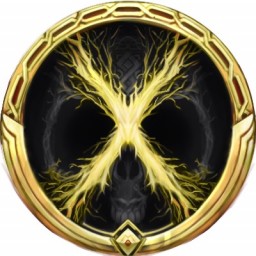