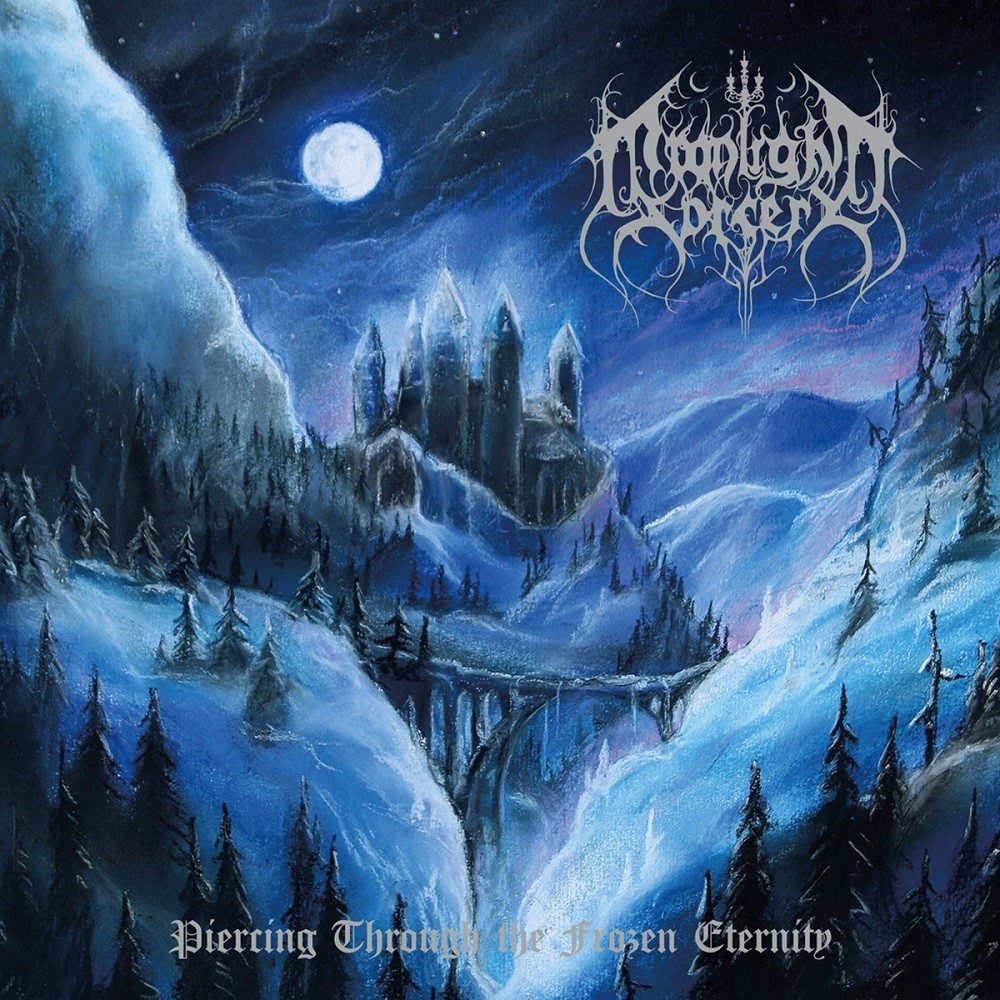 I have mixed feelings about this EP from Finnish band Moonlight Sorcery. On the one hand, they perform pretty great symphonic black metal, which is a subgenre I'm extremely fond of. When they focus on this aspect of their sound, I really enjoy what they're about, particularly the two more consistently black metal tracks, being Ice-Veiled Spell and closer Hauta-alttari (which I included in the North playlist a couple of months back). But Moonlight Sorcery aren't your typical Emperor clone, with heavy metal influences playing a significant role in their output. Not only are there a number of more traditional metal riffs that pop up here and there, there's also an unusually high focus on leads. The production is very suitable for these aspects, as it's a lot clearer and brighter than you might expect for black metal, but it does have an impact on the atmosphere that I would normally look for in a release like this. My adoration of the shrieking vocals and icy riffs is often disrupted by a classic metal riff, a guitar hero lead, or a My Little Pony-inspired twinkling symph effect, taking me out of the sacred black metal headspace.

If I sound a bit down on this EP, it's only because I can hear so much potential. A full length release in line with this EP's better moments could be damn awesome, but I fear that the band have set themselves on a path that's not 100% in line with where I personally would want them to go. I'll definitely give any future Moonlight Sorcery releases my full attention though.