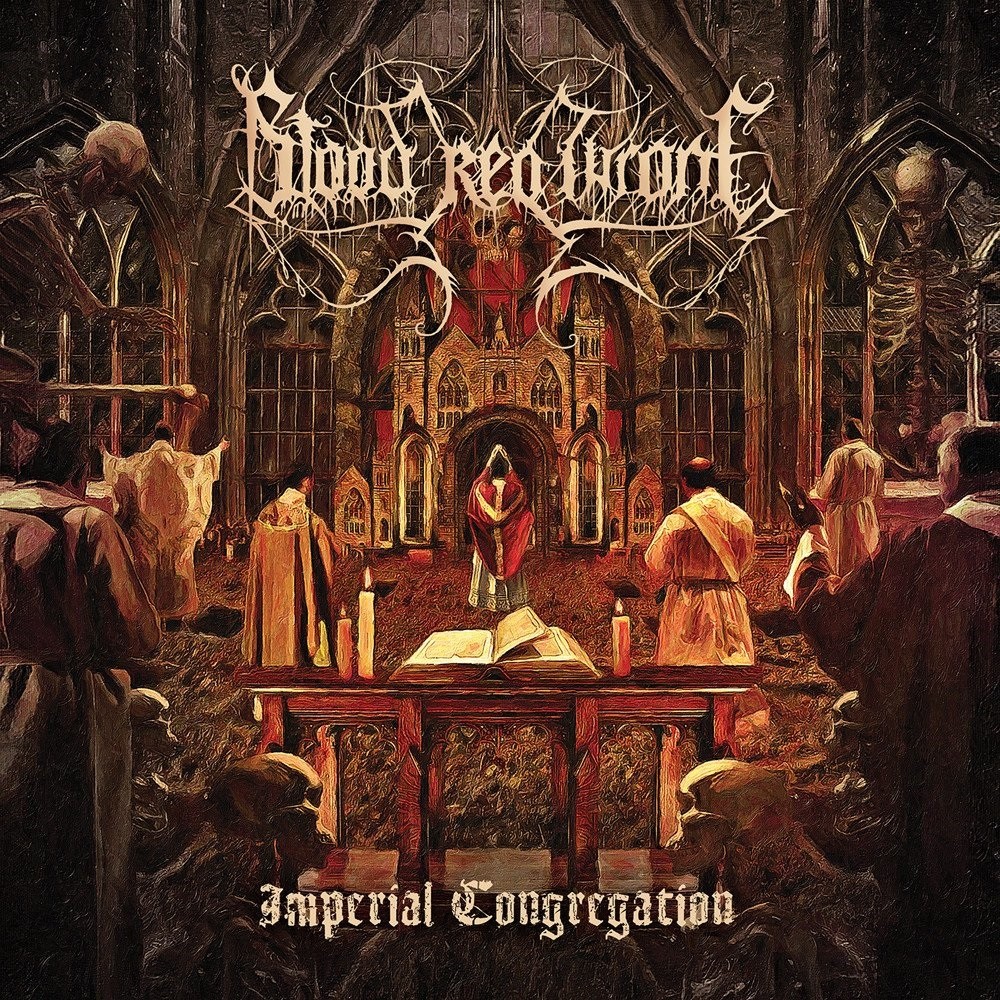 Amidst all the typical bluster you would associate with modern day Cannibal Corpse, there is actually some intelligent stuff on Blood Red Throne's tenth studio outing.  Alongside all the groovy riffs and frenetic pacing there are some hints of expansive scoping going on, resulting in the inclusion of some bass driven runs or downright infectious blackened elements being dropped in there also.

BRT's penchant for writing "bangers" is certainly underlined on Imperial Congregation with many tracks being written with as much mocking vehemence as the album title would suggest.  Tracks like Transparent Existence are stacked full of catchy riffs that cannot fail to stick like some infesting parasite to your brain.  This brand of no frills, memorable without being melodic, death metal is hardly rare nowadays but the Norwegians do it well, using every last one of their twenty-three years of experience to punctuate these standout moments on what could otherwise be considered to be a standard enough death metal record.

The shortfalls here are mainly that it does get far too involved in itself and if you are not careful you lose sight of the bits going on around the standard dm fare.  Gundersen's bass is prominent in the mix, driving forward the sound of the band without ever becoming imposing or intrusive.  When coupled with the solid and consistent drumming of Freddy this makes for quite a formidable force to be reckoned with.  At times it feels like Gundersen is almost off doing his own thing behind those chopping riffs.  However, this is why full attention is needed here when running through all ten tracks on offer.  There is more to this album than charging pace, frantic solos and rabid riffs.

This is far and away a better album than the aforementioned Cannibal Corpse's effort earlier this year.  Imperial Congregation has a stature and confidence about it that is obvious on even the weaker tracks.  Never a band to rest on their laurels, BRT make for an intense listening experience on most of what they release and this latest opus is no different.  The lead work ranges from odd blooping time signatures to full on melodic richness and whilst scoring precisely zero points for originality, this album manages to almost impose itself on you with its unrelenting delivery and in a way just letting it take you can reap real rewards.

The final two tracks do very little for me and so the album does tail off towards the end for me, either they ran out of material or hastily put together the last two tracks.  Either way, it is reflected in the quality that these tracks are below par when compared to the other eight on show.