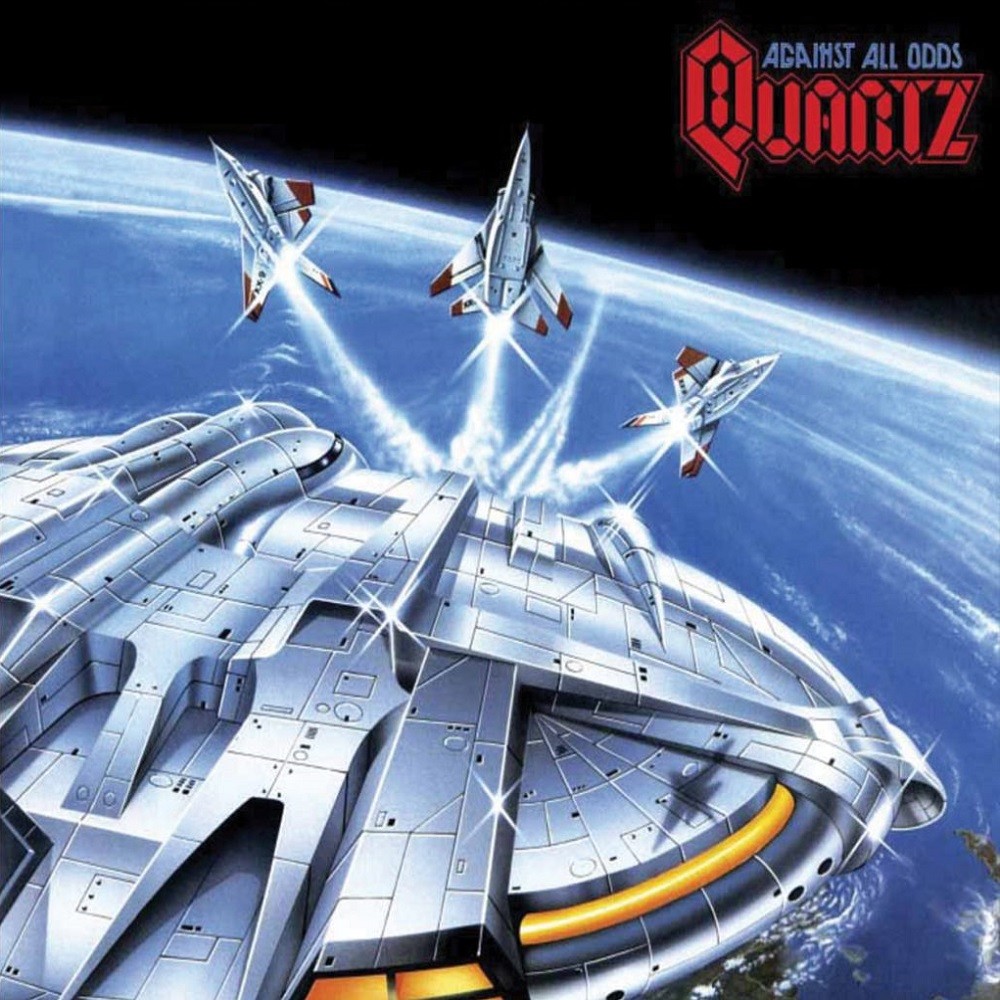 I quite liked Birmingham NWOBHM outfit Quartz' 1977 self-titled debut album & also their 1980 sophomore record "Stand Up & Fight" which saw them upping the metal significantly. I'd never ventured further forwards than that in the band's discography until now but thought I'd take on the third of their more well-known releases in 1983's "Against All Odds" third album. Quartz would split up later the same year, only to reform in 2011 & they're apparently still around today & have in fact just released a brand new album. Anyway... "Against All Odds" isn't as entertaining as its older siblings with the wishy washy production job & uninspired song-writing missing the mark they'd previously reached. You can certainly expect to hear the hard rockin' brand of heavy metal that became the calling card of the NWOBHM but the tempos are sluggish & the chorus hooks are a bit lacking this time, particularly when they attempt their more accessible numbers. The best moments inevitably occur when we find Quartz channelling metal idols like Black Sabbath & Judas Priest but there are a couple too many failures overshadowing the album highlights here in my opinion. My suggestion is that you stick to the first two Quartz records if you're looking to expand your NWOBHM horizons.