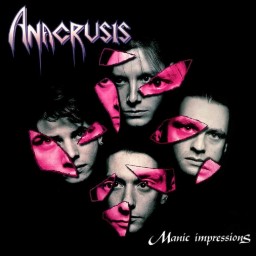 Manic Impressions is a fantastic album! I'd heard of Anacrusis before, but had never actually listened to them until a couple of weeks ago. I really wish I had of given them a shot earlier to be honest. It reminds me of several bands, but many of them were after 1991, so I have to think that Anacrusis have had a large influence on many bands in an underground way, without getting much of a mention over the years.

Their sound is very progressive, with technical proficiency throughout. As is normally the case with progressive metal, the bass has much more of a role to play than in some of the more extreme parts of the genre. The riffs occasionally have that jagged edge that Pestilence regularly created in their prime. The song structures remind me of bands like Atheist and Cynic, but Anacrusis are not as heavy or technical as either of those bands. They're probably more easily described as a more contained Voivod, having loads of creativity and heaviness, while focusing on melody. They create some truly memorable tracks with hummable choruses that will stick in your head for days.

The most impressive thing about this band for me though must be vocalist Kenn Nardi. Apart from the fact he's the guitarist and main songwriter, his various vocals styles are all fantastic. He has a vicious scream, a decent growl, and an awesome clean vocal delivery. I think that Burton C. Bell from Fear Factory heard Anacrusis at some point as the style is very similar. Aggressive verses are replaced by extremely melodic and catchy clean choruses without ever falling into cheesy grounds. Highlights are Paint a Picture, I Love the World, Explained Away, What You Became and Far Too Long, but this album is gold from start to finish. Can't wait to check out their other releases, particularly Screams and Whispers! 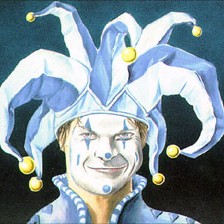