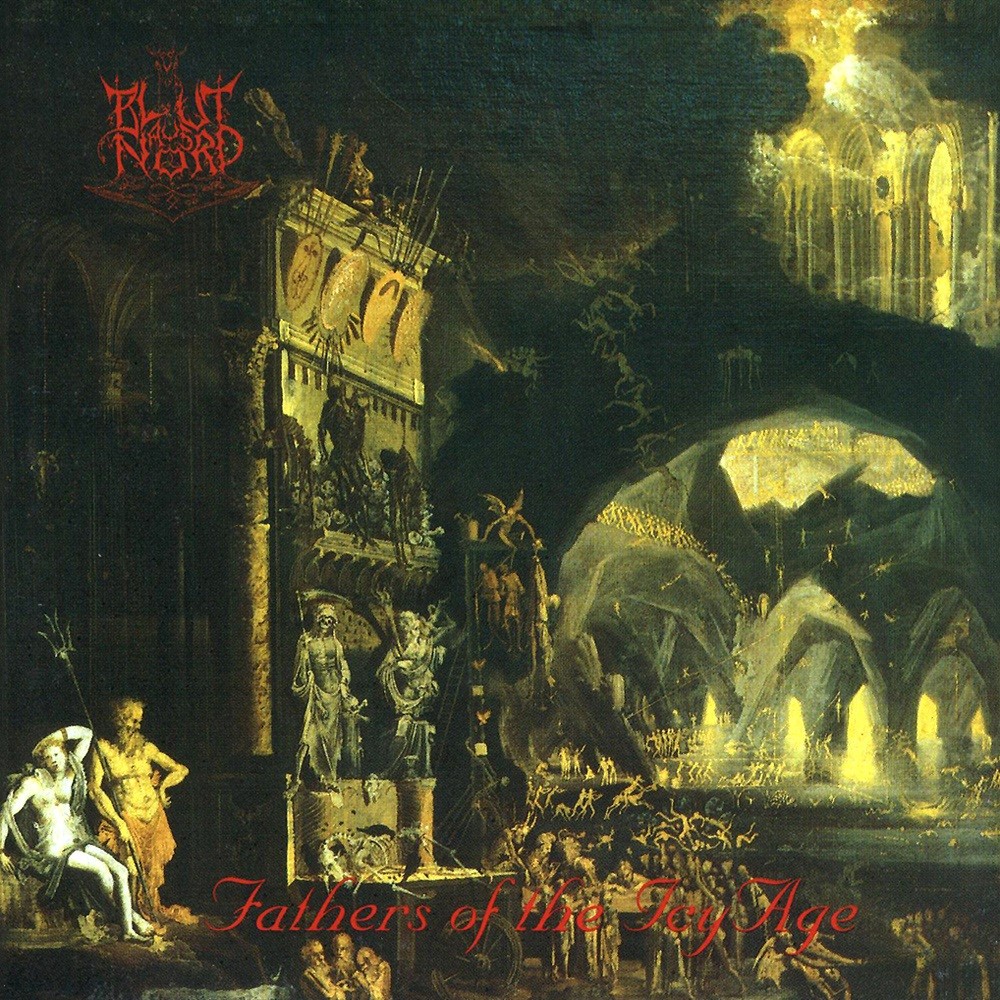 Excellent atmospheric black metal with some beautiful melodies to top it off.

I’ve only recently started checking out early Blut Aus Nord after admiring this French band’s 2003 album The Work Which Transforms God. The first part of this journey took me to their debut Ultima Thule which is a surprisingly entertaining piece of atmospheric black metal, complete with ambient sections and tortured vocals. The fact that many fans list second album Memoria Vetusta I: Fathers of the Icy Age as their favourite Blut Aus Nord album had me excited to take on the second stage of my belated induction. Yet despite these lofty expectations, I’m pleased to announce that Memoria Vetusta is easily as good as Ultima Thule and probably exceeds it by a small margin. But rather than a simple case of more of the same, Blut Aus Nord unleashed a rather different beast this time around, meaning both albums remain relevant and complimentary. It’s fantastic to experience three albums from the same band that sound so vastly different and yet all contain the same spirit within.

The main and most obvious change is the improvement in production. Ultima Thule had a lo-fi sound that somehow worked really well for the eerie electronics, cold riffs and distant screams. This time around all instruments contain far more power while still containing the wall of sound fuzz that helps rather than hinders black metal’s effectiveness. They also minimized the symphonic aspect that pervaded the debut. There are next to no ambient sections to be found on Memoria Vetusta and the keyboards are used far more sparingly, rarely taking centre stage. Yet the new emphasis on riffs is wonderfully complimented by some truly awesome melodies and leads that take their music to a whole new level. With a backdrop of thick distorted riffs, pummeling double bass drumming and evil snarling vocals, these exquisite clean melodies truly move the listener on some primal level. If my mind ever starts to wander while listening to the album, it is brought immediately back every time one of those beautiful sections kicks in.

The other aspect of note is the use of clean vocals. Just as Garm used to do with Ulver and Borknagar so effectively, Vindsval mixes Viking style chanting with the standard black metal vocals and it works brilliantly. The bass is audible for most of the album and I have to say it’s a bit odd at times. It’s not necessarily the sound that’s unusual as it is the upbeat performance of Ira Aeterna which is a little off-putting every now and then. But it doesn’t come close to ruining what is another superb album by Blut Aus Nord. It’s still not a perfect album by any stretch, but tracks like On the Path of Wolf…Towards Dwarfhill, The Forsaken Voices of the Ghostwood’s Shadowy Realm and Sons of Wisdom, Master of Elements are breathtaking examples of black metal done well. You can just start to hear some of the discordant riffs that would eventually make The Work Which Transforms God so beautifully warped and disconcerting. The thought that I’ve still got a few more of their albums to delve into makes me very pleased indeed.