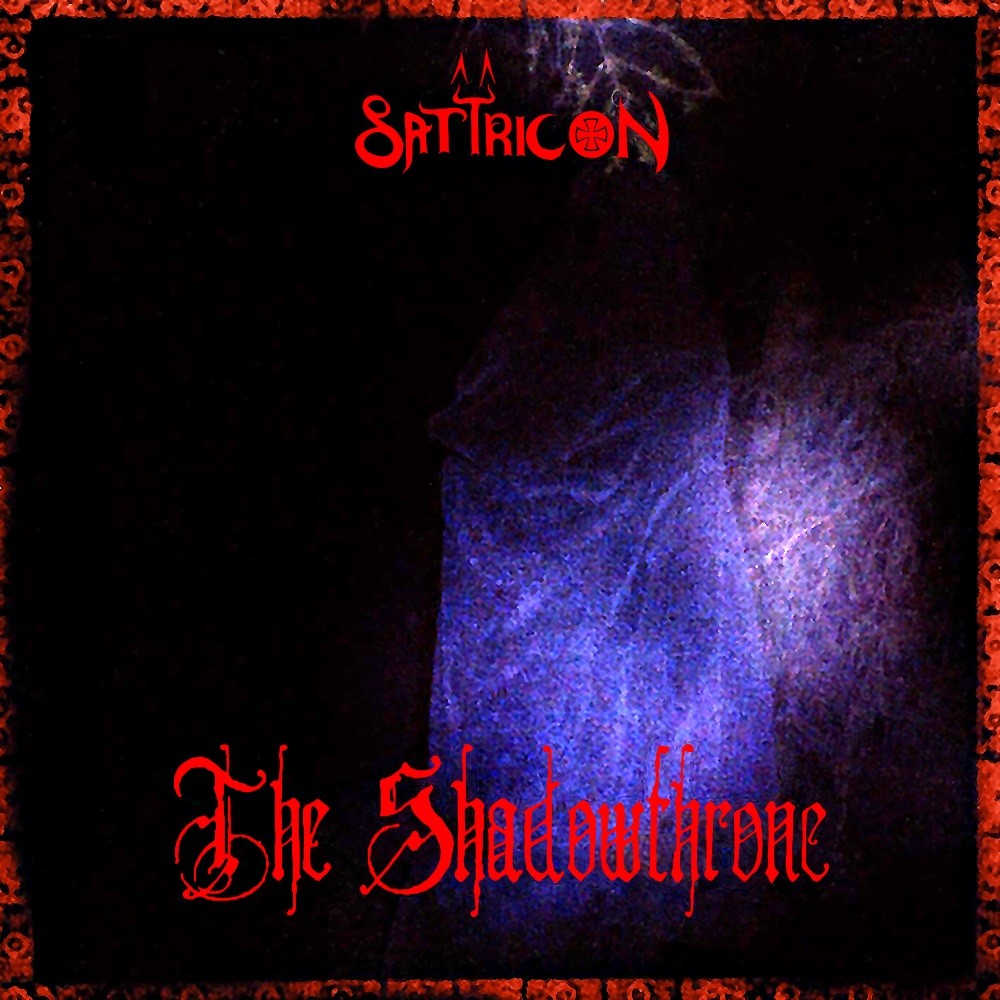 Great black metal mixed with folk and Viking elements that I personally struggle with.

I have to say I'm a bit torn when it comes to The Shadowthrone. On the one hand, it contains well executed and interesting black metal, played with passion by a few inspired legends of the scene. On the other hand, it has just a few too many folky and Viking elements for my personal preference. I'm aware that the debut album, which I adore, contained numerous interludes and outside influences, but I don't think the riffs ever suffered because of it. Every riff on Dark Medieval Times is cold and very black metal, which can't be said for all of The Shadowthrone. There's a lot of great music on this album but I simply can't rate it as high as I do the debut. It reminds me of Enslaved’s Frost album, not particularly due its sound, but due to its schizophrenic nature of switching between great black metal and in my opinion, average Viking metal.

When Frost, Samoth and Satyr decide to keep things dark and black on this release, the results are stunning! Almost every track has fantastic riffs, drumming, vocals and song writing. Unfortunately, almost every track also contains Viking and folk metal influences that just don’t work for me. In the Mist by the Hills is a perfect example of all this. The first 2 and a half minutes contain what I can only describe as a Viking metal riff that really doesn't move me at all. It's a simplistic and almost bouncy riff with simplistic boring drumming to back it up. Then all of a sudden, the track cranks out a truly awesome black metal riff and Frost hits the blast beats with utter perfection. I've gone from one-minute thinking how much I dislike the track to absolutely loving it the next. It may seem petty to complain about those first 2 minutes as the track goes for over 8, but it’s a regular occurrence throughout the album. There always seems to be one or two sections within each track that drop the ball and stop me from considering The Shadowthrone as Satyricon’s best album when it could easily have been so with a little restraint. To make matters worse, Vikingland is basically 5 minutes of the Viking metal style mentioned previously so I don't find a lot of enjoyment there.

Personal preferences aside, I can see why anyone that enjoys both forms of music would find this album to be amazing. All the influences and interludes come together a fair bit cleaner than on the debut where they would occasionally feel pieced together. Tracks such as In the Mists by the Hills, Woods to Eternity and especially Dominions to Satyricon contain some of the most gripping music the band has ever come up with. The Shadowthrone is still an album I will listen to occasionally, but I will always tend to go for the more focused Nemesis Divina or the truly wintry Dark Medieval Times before delving into this one. Basically, if you’re a big fan of Viking and folk metal as well as epic black metal, add at least half a mark to my score.

With Dark Medieval Times, Satyricon set a high benchmark for themselves.  Not only was the album a triumph of minimalist majesty and tenebrous authenticity it really flowed also.  Following it up was always going to be tricky.  Whilst I don't believe The Shadowthrone to be a poor record in its own right, it does retain the same effortless flow and translates overall into a much less passionate experience as a result.

As such the album reminds me of all the reasons why I love the debut so much and the sense of disappointment is by no means overwhelming to the point where I rarely listen to the sophomore.  Indeed, I still find 1996's Nemesis Divina to be the crowning glory of the Satyricon discography and find it graces my CD drawer more than either of its two predecessors, but this is more a reflection of how strong an album this is as opposed to how bad the others are.  The Shadowthrone sits in some black metal no mans land, caught between two superior releases in my music collection.  It lingers most definitely in the dust of the debut in terms of retaining that majestic sound, albeit with a slightly more restrained approach, it only really feels rugged on tracks like Vikingland though and this track in particular feels a little cumbersome to get through.  The splashes of polish by comparison are infrequent and there's no real obvious hint of the fuller and more enriched tones of the album that followed this.

Due to this cumbersome edge it feels like the band are struggling to maintain the momentum built by the debut.  The ideas are all still there and I repeat again that this is not a bad album, but the execution is slightly off and my interest in the tracks wanes all too easily as the album progresses.  Even the robust and full-flavoured opening track, Hvite Krists Død can't shake the feeling that some of it comes together with a fair old amount of chance as opposed to a committed direction overall.

That having been said, the album is still full of the familiar sound of one of the genres most recognisable and well-established bands and makes a solid splosh in the dark waters of black metal.  The ripples though just don't quite stick around for me and the album sinks all too easily in comparison with others in the same discography.

1994's “The Shadowthrone” may well have been my personal gateway drug into black metal. True to form, it’s a slightly tighter carbon copy of the debut in terms of content.  Satyr still the doom-summoner, his Norwegian/English vocals bringing forth evil from the dark woods, cackles snapping and rising over primal Norwegian metal.  Tempos shift constantly, triumphant keyboard fanfares rise like spirits and then dissipate, Frost’s bass drums clunk with cantankerous reverb, and those gorgeous bursts of tremolo-picked dissonance take off abundantly without warning.

Now-iconic material like “The King of the Shadowthrone” is ornamental work – compelling metalsmith fare.  The main riff sporting a sort of pagan pomposity- grand and bordering on regal, but this trio rarely rests on their laurels long enough to ram it down main street, tempos constantly morphing into hooky midpaced pilgrimages, breathtaking acoustic interludes and blasts of hyperspeed.  There’s no restlessness in the song structures, despite the constant changes – just the frosty atmosphere of foreboding epics crafted by true artisans taking classic metal to the next level. The violent double-bass, swelling mystics, and melodic gits of “Woods to Eternity” drink from the same evil-informed well of high-minded traditional metal, Satyr hissing, “This must be the desolate land…” as the drums shift into a fit of rattling speed.

It's not the most aggressive, hate-gargling black metal ever created, but I like the musicality of the record. The aforementioned acoustic and clean segues and other assorted pace-changing diversions give the album an air of evil grandiloquence and make it an easy transition record for fans of classic heavy metal into the realm of the grim.  Early Satyricon doesn’t get the respect it deserves, despite the smorgasbord of Christ-hating goodies on display. The band would only get  better with time, but don’t overlook the delicate intricacies buried under this forgotten tombstone. I tend to think of the early records as black metal’s answer to early Genesis. Regardless, this one still ticks all the boxes for me.