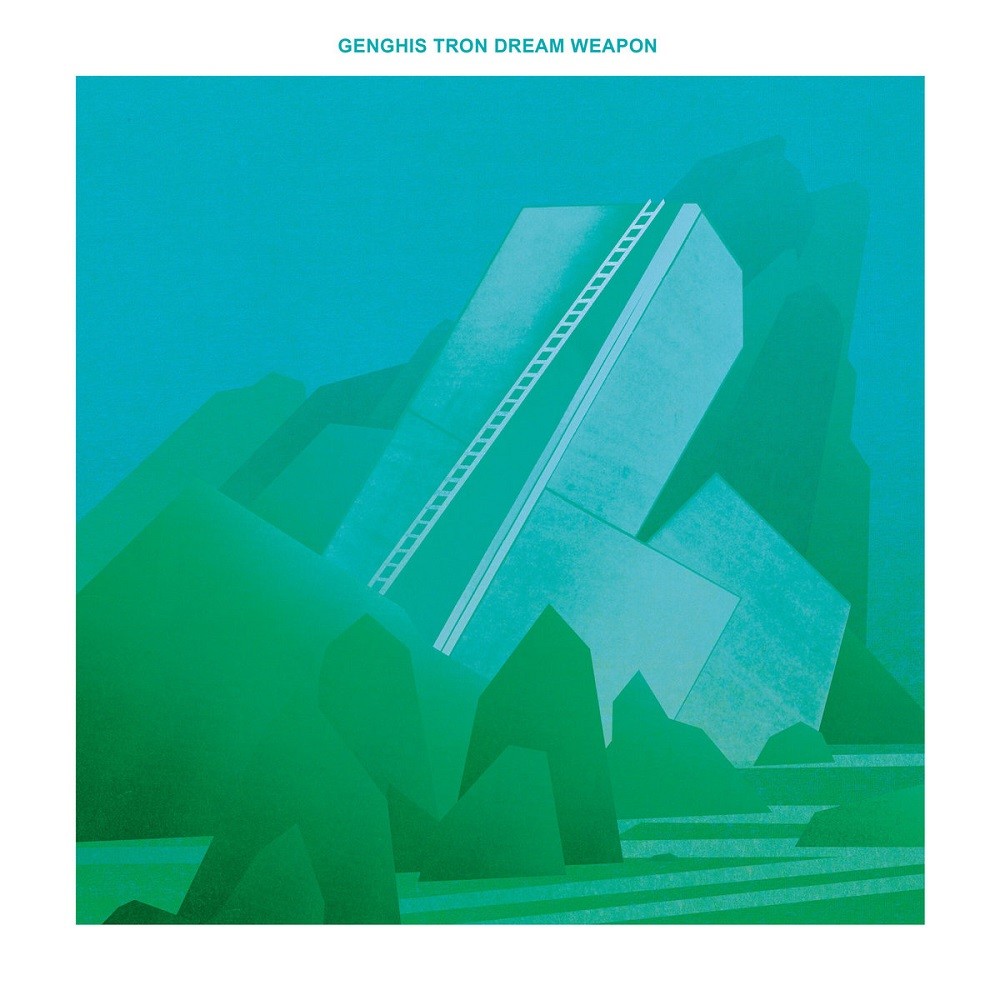 Although I took the time to really appreciate Dead Mountain Mouth and attempted to prospect an opinion on Cybergrind as a genre concept, it seems like Genghis Tron didn’t exactly see a bright future in it after their 13-year hiatus. Their older material was dense, complicated, heavy, but still had enough restraint to create hypnotic electronic grooves between all the chaos. The restraints have been tightened on Dream Weapon even more than I thought, back when I first heard a new Genghis Tron album was on the horizon after all this time. These restraints were pulled so tight, in fact, that it squeezed all but a drop of their Metal influence out of them in favor of extended synth grooves and dreamy vocal passages. This sort of pivot was almost inevitable for them but it didn’t exactly pan out in the way I was initially expecting.

I’ve found myself listening to quite a bit of Darksynth over the past two years or so, which is a slightly more aggressive and horror-influenced version of modern Synthwave, so on first glance I thought that I would really dig this new direction Genghis Tron decided to go in. The tone and production of the electronics is eerily similar to certain Dance With the Dead or earlier Perturbator tracks, but Dream Weapon certainly doesn’t have the same energy or drive as either of those artists. Instead the atmosphere is more mesmerizing and narcotic until songs like the title track “Dream Weapon” and “Ritual Circle” add in some Post Metal-like background guitar riffs to help build towards the few climaxes this album has. Guitar in Synthwave isn’t exactly a new concept given the relative popularity of Dance With the Dead’s Out of Body back in 2013, but that album was more focused on aggressive dance grooves compared to Dream Weapon’s more mellowed out, atmospheric grooves.

It took me a few listens to warm up to what Genghis Tron were doing with this album; or maybe it’s better to say I figured out what they weren’t doing. Even though the chaotic Cybergrind of their past wasn’t really my jam, their sound came together in a unique and intriguing way. While Dream Weapon is still unique enough and has great and consistent sound design, I found myself not really caring too much about any of it after a while. Essentially the album consists of the more aggressive “Pyrocene” and “Dream Weapon” in the front of the album, followed by a long stretch of dreamy but stale electronic heavy tracks. While I still enjoy the overall consistent atmosphere Dream Weapon has, the extended song structures can get incredibly dull thanks to the lack of any massive moments. Genghis Tron show that they can make those moments happen on tracks like “Ritual”, but that great climax happens 5 minutes into a 10 minute track, causing the rest of the song to seemingly meander around until it decides to end.

Even though Dream Weapon has a great concept and a pretty solid evolution of Genghis Tron’s electronic sound, it’s missing a lot of pizzazz that would make it fantastic. I can see this being a massive hit for fans of more trancelike, dreamy Synthwave considering the slight Metal and Post-Metal surprises they throw in, but there’s so many skippable sections for me that I can’t entirely get behind it. While “Dream Weapon”, the first half of “Ritual”, and the undeniably catchy callback groove of “Great Mother” are what I wanted out of this iteration of Genghis Tron, the forgettable and boring “Alone in the Heart of the Light”, the slightly pointless “Single Black Point”, and the meandering “Pyrocene” don’t hold up in the same way. I hope this isn’t the last we see of these guys since I think they almost had something amazing with Dream Weapon and I can’t wait to see if they end up figuring it out.