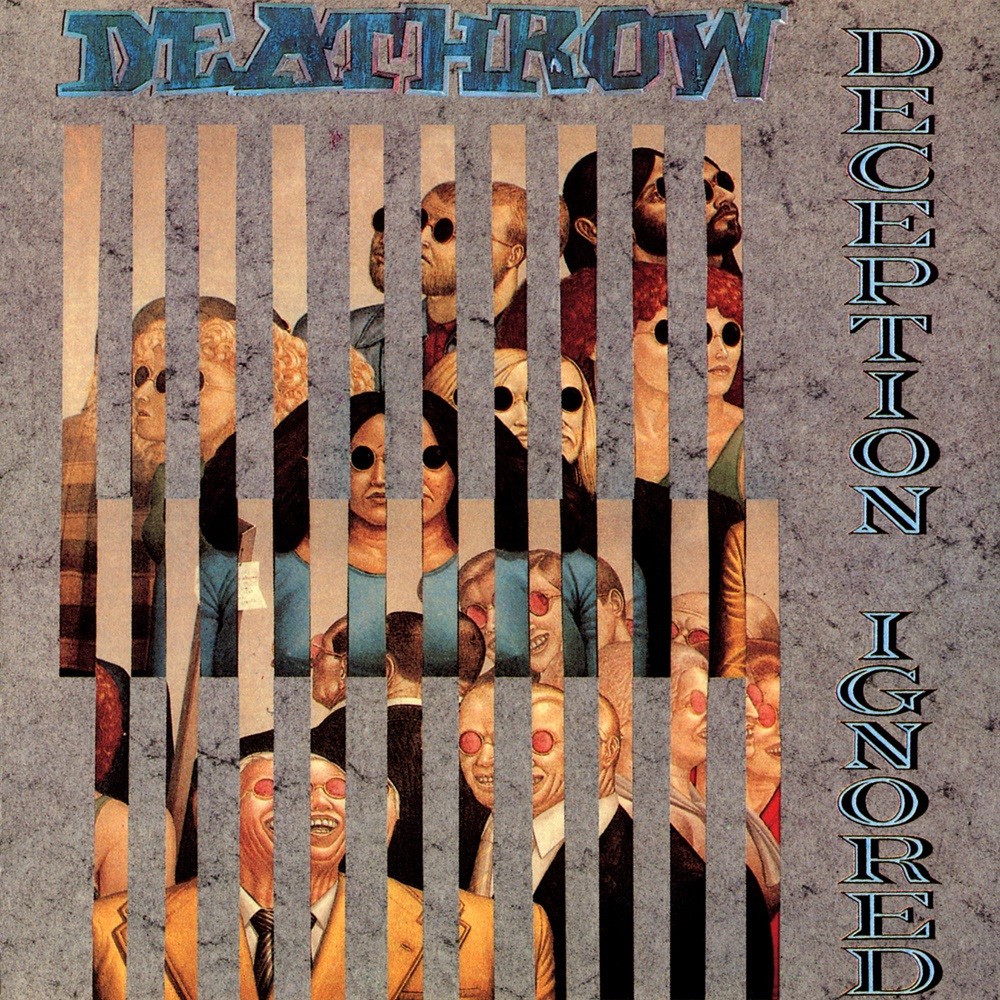 Germans Deathrow finally emerged from their fellow countrymen Sodom and Kreator's shadow with this their third album, Deception Ignored, taking technical thrash to new levels with it's progressive tendencies. Now, unlike most, I don't consider this to really be a prog metal album, it is most definitely still a thrash album, but it is a busy sonofabitch, third track Triocton, for example, could almost be termed thrash-jazz it's has so much going on. The playing is exceptional, guitarists Sven Flügge and Uwe Osterlehner trading riffs and solos like a pair of world class heavyweights and the drumming is outstanding and never misses a beat, no matter what other technical trickery is going on. Milo Van Jaksic's vocals are pretty decent, more akin to Joey Belladonna than the usual thrash growls, but on a couple of occasions his voice does sound a bit strained.
Now I have no wish to paint this album as all technical jiggerypokery and lacking in the thrash department because believe me my friends, this still thrashes like a mutha. Seriously, check out The Deathwish, N.L.Y.H. or Watching the World and try telling me these guys don't know how to thrash as hard as anyone. I have seen a number of reviews calling this album dull and, in all honesty, I really don't know what kind of adrenaline junkie you'd have to be to find this boring. You may not like it but boring it certainly isn't. I am often underwhelmed by a lot of technical metal, but this is just so damn infectious that I found it's technicalities exhilharating instead of offputting. Probably my favourite tech-thrash album.