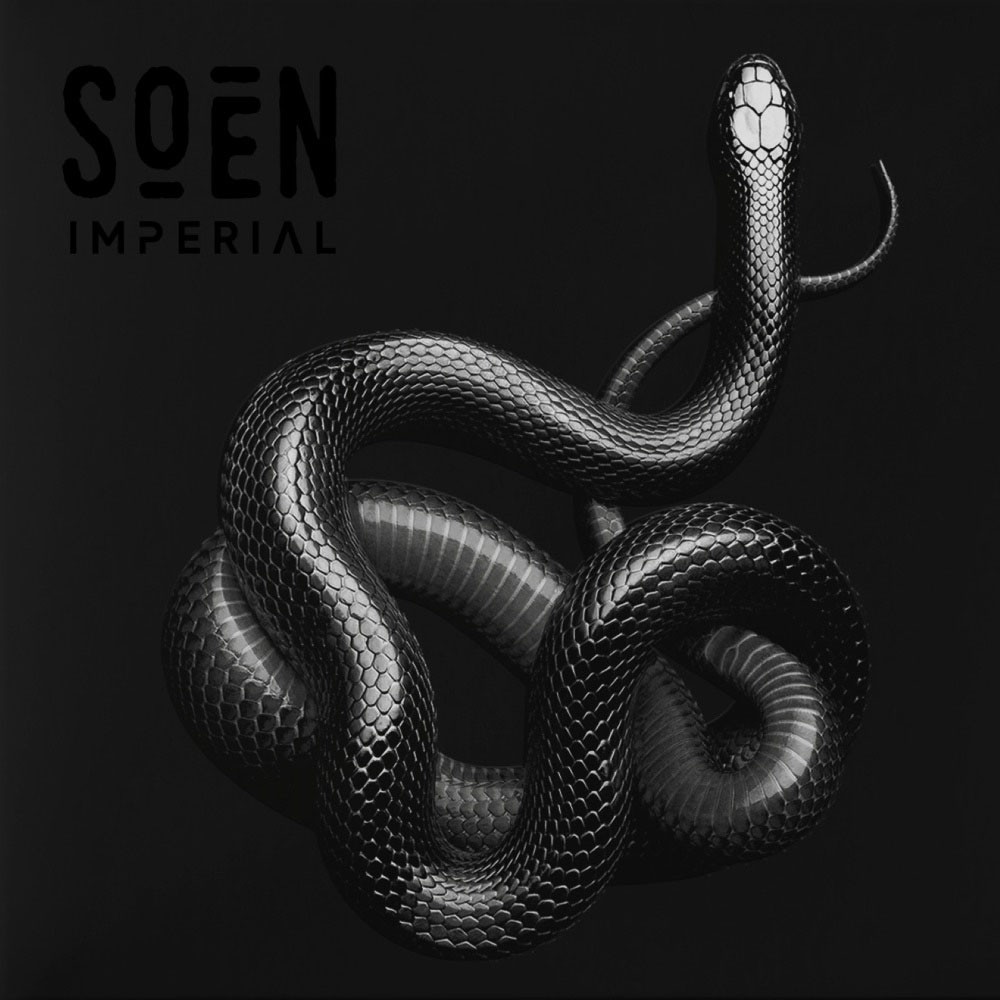 Ever since I first heard Lykaia a few years ago, Soen have been one of my personal favorite bands in the more accessible realm of Progressive / Alternative Metal, with their obvious hybridization of Opeth and Tool tendencies not bothering me whatsoever. Obviously ex-Opeth drummer Martin Lopez had a lot to do with this, but I still thought they brought something new and exciting with their instrumental formula and powerful vocalist. While Imperial is very much more of the same, it shows an important continuation from their 2019 album Lotus with Soen fully settling into their preferred sound style. I've personally been waiting for these guys to find their own niche ever since I first heard them, so I thought that Imperial would be incredibly exciting for me, but the direction that they decided to press on in left me a bit disappointed.

Imperial starts out incredibly strong and had me very excited since "Lumerian" is exactly the kind of material I want out of Soen. An amazing opening riff followed by some solid transitions with punchy double-kicks and a more aggressive than usual vocal performance from Joel Eckelöf, with someone even adding some harshes in the background for a great effect before a nice chug riff. If this was only the first song I couldn't wait for what else Soen had in store given the newfound clarity in their direction. Sadly after the by-the-numbers "Deceiver" and the strong single "Monarch" they don't offer much that comes close to the opener. The mix becomes very modern Alternative Metal-like, with the drums having less punch as they fade back into the guitars to create a pretty boring and uniform sound that takes way too much of a backseat for my tastes. While I think it works wonderfully on "Monarch", it leaves much to be desired from other songs like "Antagonist" and "Modesty", with "Modesty" being especially rough around the edges.

The slightly lifeless instrumentals during verses and choruses means that Eckelöf is thrust into the spotlight for most of the album and while he does a great job with his powerful and slightly somber tone, the writing and repetitiveness of his lines wears thin after a while. He definitely pours his soul into it as Imperial might be his most varied performance to date, but the album leans on him way too much for my liking, even though I really like his performances on "Lumerian" and "Monarch". "Illusion" and "Fortune", the slower ballads of the album, don't hold up in any capacity for me, as much as Eckelöf tries. "Illusion" especially sounds like a B-Side rehash of tracks like "Lotus" or the slow parts of "God's Acre" from Lykaia. They add in some strings here and there to decent effect, so that's one progression of their sound that I'm looking forward to in the future, especially since Soen as a whole has been moving in a less heavy and aggressive direction.

It's hard to be upset at Imperial though, since it's far from being a bad record and Soen have been giving fans what they expect for 3 straight albums now. All the riffs are still great, even though they lose some spice during the vocal verses and choruses. It's becoming apparent that every Soen song is just a slight permutation of another one, and while it works for me because I like their overall sound, it's starting to wear a bit thin since by moving away from the more progressive and complex tendencies they had on their previous albums the formula becomes less engaging. "Monarch" is the highlight for what Soen's new style can do with its anthemic feel while retaining slightly more complex songwriting and heavy hitting riffs, even though I prefer the "Lumerian" style. In the end Imperial is another solid offering that will undoubtedly appeal to a wide audience thanks to its accessibility, but it's beginning to alienate the listeners who loved the more progressive side of Soen's earlier material.