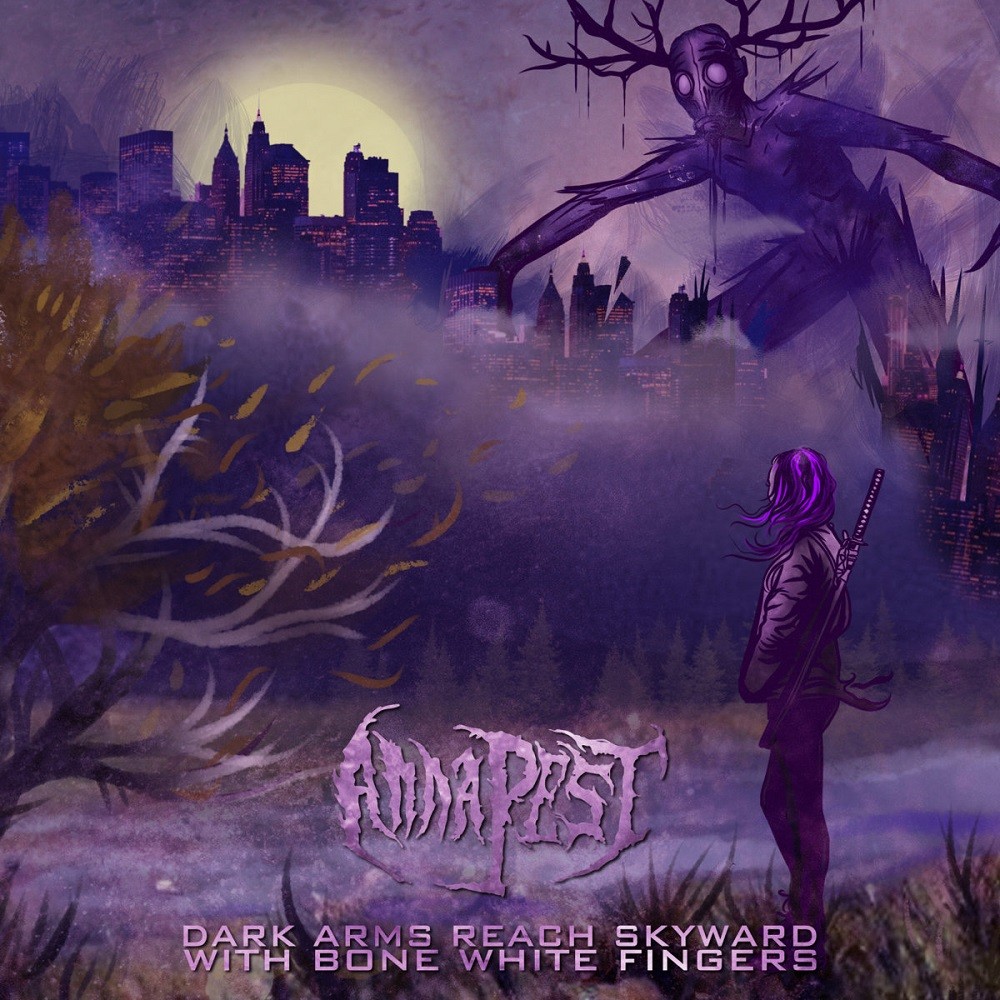 I don’t often find myself returning to this breed of grindy Technical Death Metal after what’s normally an interesting but swift perusal, but it looks like 2021 is already full of surprises. One-person Black Metal productions are something I’m all too used to, but I can’t say I’ve heard of too many singular-member Tech Death projects. That alone is pretty impressive to me since most of Dark Arms Reach Skyward With Bone White Fingers is relentless Tech Death with furious drumming and an array of different styles of harsh vocals throughout. Normally this sort of style rolls right off of me; I’ve found I prefer the thrashier side of Technical Extreme Metal rather than the grindier Deathcore side, but Anna Pest is able to bring a certain brand of likeable absurdity to an already admittedly absurd meshing of extreme metal genres.

Due to my general distaste towards the exorbitantly heavy realms of extreme metal where melodies and song progressions are afterthoughts, there’s plenty of sections that make my eyes roll a bit. The more brutal Death Metal inspired vocals in “If You’re Going to Do It, Do It Now” and the short stretch of songs towards the end, consisting of “Reaping the Flesh of Zeruel” to “Love is Destructive” are definitely not my thing, but Anna Pest never exactly goes over the edge in terms of brutality, with these sections coming and going extremely quickly thanks to the shorter song lengths. Instead, they sit right on a strange edge between blistering, unpredictably intense riffing and curious, melodically technical parts that have much more to them than just heavy chugging. That being said, the constant swapping between these ideas lead to some of the most absurd sections I’ve heard in a while.

While Anna Pest dips into insanely heavy riffing in tracks like “Despoiled by the Light of God” and “Thundering Angel”, I can’t say that these sorts of riffs do much for me overall. “Swordmaiden”, however, is a different story. It has a slightly more Deathcore styled edge and the fleeting but absolutely massive breakdown chug riff halfway through the track always makes me crack a smile every single time I hear it. It’s so down-tuned, so heavy, and so absurdly ridiculous that I can’t help but love it. These small but noticeable moments are peppered in throughout Dark Arms Reach Skyward… and help to give the album a unique and noticeable identity, especially on the whiplash-inducing “Skyward” and the 11-minute closer. The clean vocals and complete tonal shift of “Skyward” come utterly out of nowhere after 9 minutes of aggressive Tech Death and remind me of some sort of anime closing theme, for better or worse. It makes some sort of sense since this album seems to be influenced by anime in some way, considering the art for "Swordmaiden" and I presume some nods to Evangelion after doing a bit of research. The clean vocals and even a sax make an appearance in the back half of “Of the Black Moon and the Red Earth”, which adds an atmospheric and laid back layer to the many other styles on this album.

Dark Arms Reach Skyward… is an interesting case for me, since it’s varied enough that it keeps my interest but still has plenty of sections that I can’t really condone. There’s a great dynamic between the chopped up, short tracks that flow seamlessly from one to the next and the 11-minute epic that relies on actual song progression rather than jumping from one idea to the next. It really does help pull the album’s scattered concepts into a cohesive finale, although I’m still not sure why “How Disgusting” was tacked on at the end. Some of the spoken word sections and vocal effects and styles come off as unnecessary, but I was never a huge fan of vomiting, guttural growls to begin with. All that being said, I do think this album has a ton of creativity and leans into the absurdity of its variety in a really fun way. The riffs and transitions are solid, there’s a huge assortment of harsh vocal styles for extreme metal fans to dig their teeth into, and while the Tech Deathgrind chug can get to be a bit much at times, the end of the album pulls it all together better than I anticipated.